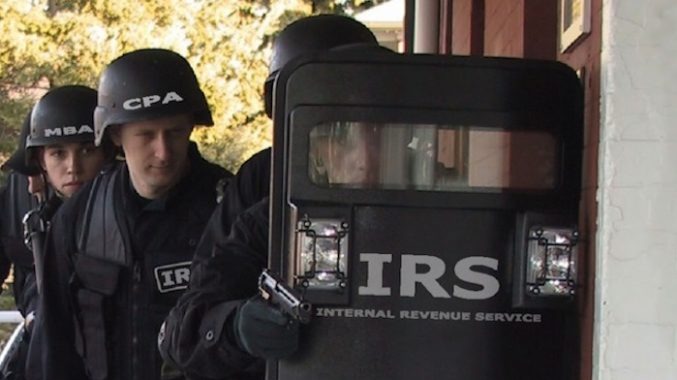 The IRS Is Coming For You... Switch To Privacy Coins Before It's Too Late!!

When will the theft-by-taxation of the U.S. government ever end?

Apparently,  not anytime soon, according to today's new guidance released by the IRS.

The notice released today October 9, 2019 adds to Notice 2014-21, which sets "general principles of tax law to determine that virtual currency is property for federal tax purposes."

I remember when years ago the government didn't even consider cryptocurrency to be an actual "thing."

Despite it's 100% digital and decentralized properties,  apparently crypto-currency is actually a real piece of property.  (according to the IRS.)

Although, I suspect they are only just now realizing they need to actually classify it as property in order to claim that it's taxable.

This is AFTER they have already sent out letters to 10,000 or more "investors", threatening them with arrest or criminal charges if they didn't pony up a hefty tax bill.

So, let me get this straight...

Nevermind the fact that the IRS is NOT a legislative body, has no actual authority to create or change laws, and even if they did, their tax rules only apply WITHIN federal jurisdiction.

But of course, that hasn't stopped the IRS stealing from hard-working Americans for years, why should that change now?

Originally, they IRS was created to tax U.S. Dollars.

Somewhere along the way, they started taxing money, land, property, and even un-realized profits.

With the ever-increasing NOOSE that is tightening around our necks,  it's no wonder that most online exchanges are now requiring full identity verification and KYC compliance.

It's because the IRS has been shadily threatening anyone with a business license and a little crypto,  threatening to throw them in jail and take their hard-earned property unless they spy and report on their own customers and transactions to the government.

They have even worked with NSA, CIA, and other government agencies to  trace your transactions through what was supposed to be private and anonymous bitcoin blockchain. They are also spying on crypto owners through off-chain apps, exchanges, and internet service providers.

That's why I believe privacy-based coins will be the future.

Proof of Stake blockchains are practically impossible to trace, track, identify the parties involved in a transaction.

Even if you are mining a worthless shit-coin,  the IRS could very well come for you too.

That's why I believe privacy coins and PoS blockchains will be the future.

That's also why I have decided that when I create my own Crypto currency,  it will NOT be based on mining or PoW.

I still have much to learn before I can create my own crypto,  but I know one thing already:

I don't want the IRS knocking on my door one day.

So, I plan to avoid anything resembling an ICO, or a taxable asset exchange, etc. etc. etc.

The future of crypto is NOT making it look and act like money.

I just hate that the last people to the party are constantly trying to make it "their party" - if you know what I mean.

Every Wall Street investor and commercial company is trying to "bend" crypto into their cookie-cutter shape and definition.

If we wanted Crypto to act like a fiat currency, we wouldn't have ever invented it.

Bitcoin cannot be taxed by any central government, because for one, it's not created by them.

In the bible, it says "render to ceasar what is ceasars."

Well,  IRS,  last I checked you have no claim to ownership to cryptocurrencies.

Stop trying to bend the future to the past and put everything in the box you create.

Crypto-currency has opened Pandora's box, and even the IRS cannot close it now.

What do you think about the IRS, the government, and the future of cryptocurrency?

Creating My Own Crypto