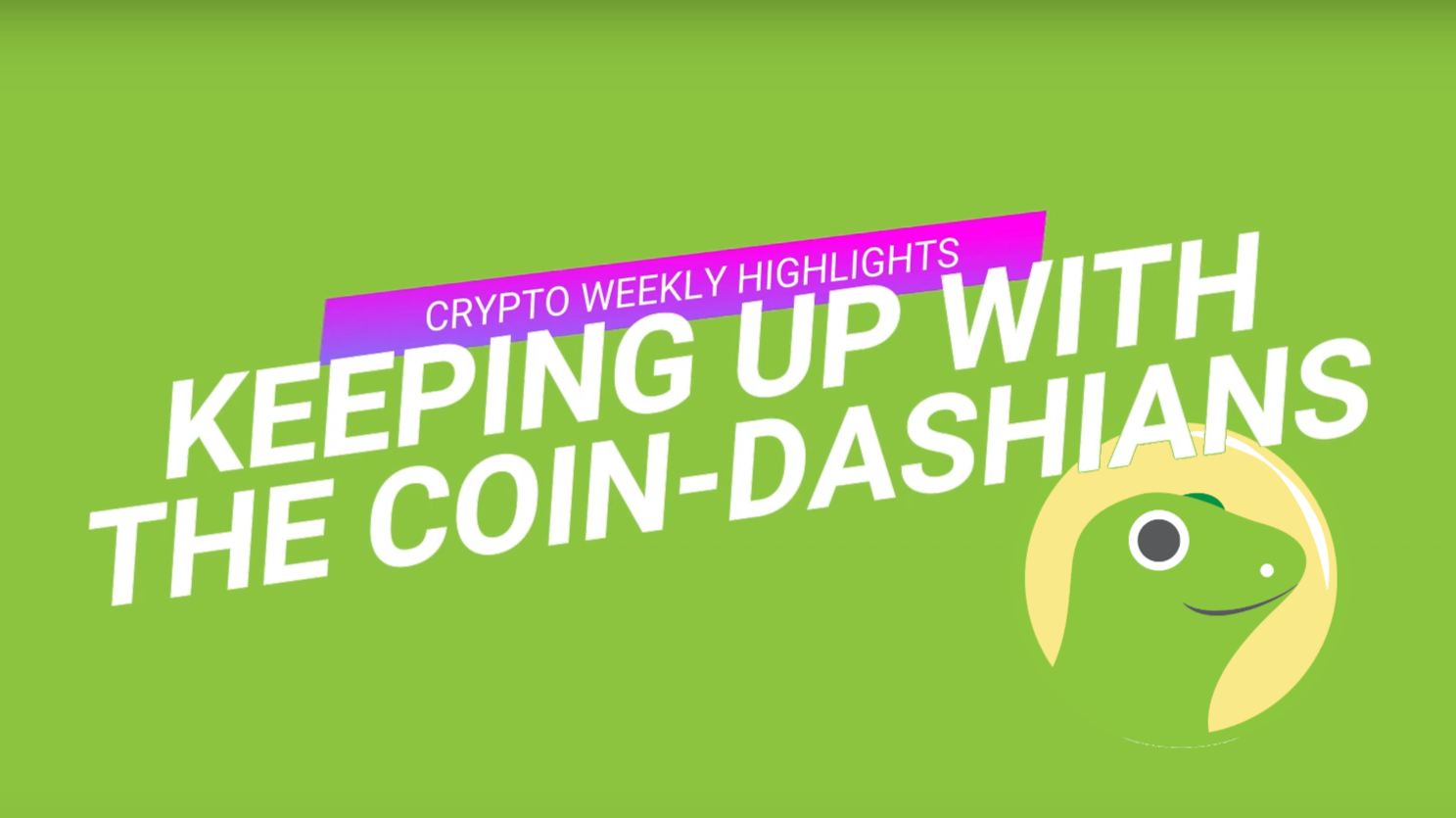 We're Starting a Crypto News Series! - Keeping up with the Coin-Dashians

We are proud to officially launch the CoinGecko Weekly Highlight video series. This series will show the week’s crypto news highlight via easily shareable video format.

Keeping up with the Coin-dashians

A day in crypto feels like a year elsewhere in the world with breaking news happening second-to-second in this industry. Unlike traditional markets that ceases activity afterhours, Crypto never sleeps. Want to stay updated but still catch up on your sleep? Gonna be tough!

But fret not - that is why we at CoinGecko will do it for you! Here at CoinGecko we curate and summarize weekday news highlights to help you stay up to date. We only deliver to you crypto news that matter.

We already have a weekday daily newsletter (if you haven’t yet, join us! :P) but we think that’s not enough. We want to do more for you by bringing you the top news of the top news through our Keeping up with the Coin-dashians Crypto weekly highlights video series.

Take a look at this week’s highlight and let us know what you think!

In an interview, Chaum said that Praxxis will have the security, speed, and scalability "to grow into a replacement of physical cash".

For now, the technical details behind Praxxis are sparse, but the white paper is said to be released later this year.

Bakkt revealed that the company has received the long-awaited approval from the CFTC and NYSDFS.

The primary target market of the platform aims to enable institutional investors to buy, sell, and store Bitcoin (BTC) among other services.

Bakkt has already started accepting user testing with a full launch scheduled for September 23 of this year.

The World Bank has issued a total of $160 million AUD ($108 million USD) in blockchain based bonds.

The bonds are kept on a private version of the Ethereum blockchain.

The blockchain platform was built and developed by CommBank’s Blockchain Centre of Excellence.

While Bitcoin technically already has smart contract functionality in the form of bitcoin scripts, Miniscript allows some scripts to be written in structured way.

This means it will be easier for wallets, and other software to analyse scripts.

Miniscript is now available in implementations for C ++ and Rust, though work on the project is ongoing.

Problems with Amazon’s AWS is disrupting services at some cryptocurrency exchanges on Friday.

For everything else on crypto prices, CoinGecko is always by your side and you can count on us!