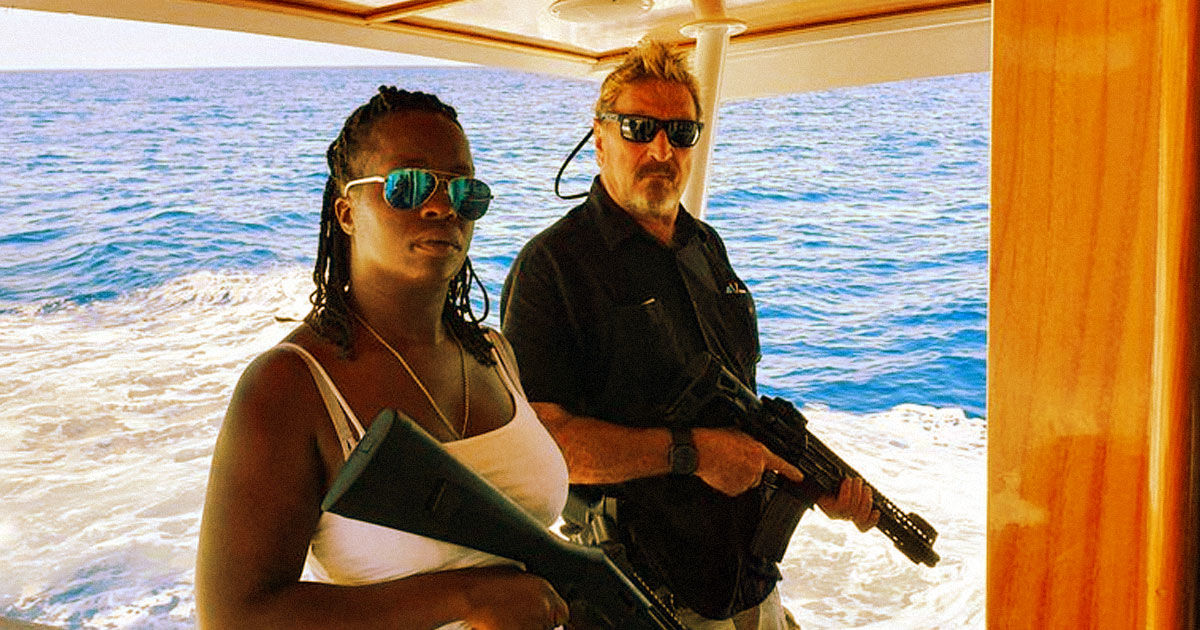 John McAfee Is Back in Jail?

John McAfee, the 2020 presidential candidate and creator of the McAfee anti-virus software, has been back behind bars once again in the Dominican Republic. McAfee landed himself back into detention just 1 day after he had been released from jail there - something which he has stated must be a new record.

It seems that, regardless of his situation, McAfee had remained in great spirits even posting a picture of himself with a friend in jail.

McAfee was subjected to arrest by Dominican Officials when his boat had docked at the Puerto Plata shores. During the arrest, high-calibre weapons were seized with live ammunition. It is unclear if these were the same weapons that McAfee had previously flaunted on Twitter with his wife, perhaps on the same boat?

McAfee IS running for election in the 2020 US Presidential run and has been accepting donations in Bitcoin. McAfee has known to have been long on the run since 2012 after his alleged involvement with a murder in Belize which he strongly denies.

Luckily for these people (or whoever the data is targeting), the ‘data’ payloads were not released - although it will be intriguing to find out what the data entails.

It is good that everything is cleared up pretty quickly! McAfee has been Tweeting today so it seems he must already be out of jail. Please try and stay out of trouble Mr McAffee we love having you around in our industry!