Coin Hunt World: Earn Bitcoin, Ethereum and other crypto by exploring cities and getting exercise!

As a firm believer in the future of cryptocurrency and an avid gamer, I was so happy to come across Coin Hunt World. In the game, you control an avatar (cubie) by walking around the real world on your journey you collect keys, open vaults, answer trivia questions, and of course...earn crypto! I've only been playing a week (with maybe 3 cumulative hours walking), and I've already earned 0.00008237 BTC ($4.42 USD) and 0.00195968 ETH ($5.38 USD). I have a toddler and a full time job so I'm sure if you're eager, you'll be able to do much better. This isn't a 'get rich' thing by any means, but of all the 'earn free crypto' apps and games that I've tried, this game gets you the most for the time and effort spent. Not only that, but the discord community is awesome and surprisingly very collaborative, and if you're competitive, you'll definitely be getting a lot of exercise.

This blog post is intended to be an 'everything you need to know' introduction to Coin Hunt World to get you started on the right foot and helpful tips that I wish I knew when I started.

At the moment, Coin Hunt World is only available in the US and in Canada, but the developers have announced that the game will be made available to Europe by the end of the year and if you're an iOS user living outside of the US and Canada, you have access to a daily trivia question to earn crypto while waiting for the game to officially be released in your region.

Android users can download the game through Google Play here:

Referrals and Playing with Friends 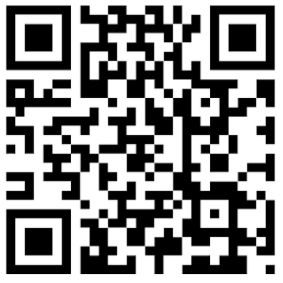 Either way, you don't want to skip this step because it gives you a pretty nice head start on your collection. One important note, for the referral code to work, you have to click on it after you download the game, but before you build your Head Quarters (otherwise it won't work).

If you can get your friends to join you, it makes the game even more fun. You can work together on 'Buddy Quests' that sporadically pop up to earn more loot, and you can work together with other members to build vaults and climb the leaderboard rankings!

When you start the game, you'll want to prioritize building a Head Quarters (but only after using the referral as mentioned above). To do this, you'll need a green key - the most common way is to collect 10 blue keys and forge them into a green key, but it's also possible to get lucky and get a green key in a blue vault reward. To forge, you can click on the icon that remains after you collect a key. Once you have your green key and you have registered your email address to register your account (you're a guest by default initially), you can set up your HQ. You want to set it up in an area that you will be around frequently - most chose their primary residence, but it could be anywhere. Your HQ gives you access to free keys, user vaults, gift packages, and more. The biggest perk at the start is that you get 1 free green key per day (equal to 10 blue keys in value).

When you use a key to open a vault, you'll be prompted with a trivia question. Get it wrong, you'll have to use another key to try again; get it right, and you get rewarded with crypto and other loot. Crypto loot currently is in the form of either BTC or ETH, and for blue vaults the reward is equivalent to approximately $0.10 USD. The green vaults are worth $1.00 USD, yellow are worth $10.00 USD, red are worth $100.00 USD, and purple are worth $1000.00 USD. Currently there are only blue and green vaults available but the developers just announced that yellow vaults will be coming soon, with 100 available in the US and 10 available across Canada to start. The game is still in beta testing so it's a great time to get in while the rewards are good.

A Few Tips for Maximizing Your Crypto Gains

Below are a few more advanced tips that I wish I would have known when I started:

Many of my friends have asked why/how the game is able to offer crypto for free, especially since the rewards are quite generous. The developers have been pretty open in communicating how they are going to monetize the game:

Even though it's only been a week, I can say I'm already hooked. The rewards are the most generous I've seen for any crypto game and getting into this game early helps you take advantage of the scaling prizes once the game grows in popularity. The community is pretty great too! If you check out the game and you like what you see, I'd highly recommend joining the discord channel where you can learn all kinds of other helpful tips: Discord Channel

Learning about crypto and side hustles on the journey to financial independence. Sharing what I've learned in hopes it helps make the road a bit smoother for others.

Earn bitcoin, ethereum and other crypto while exploring cities and getting exercise. Give it a try, the community is great!