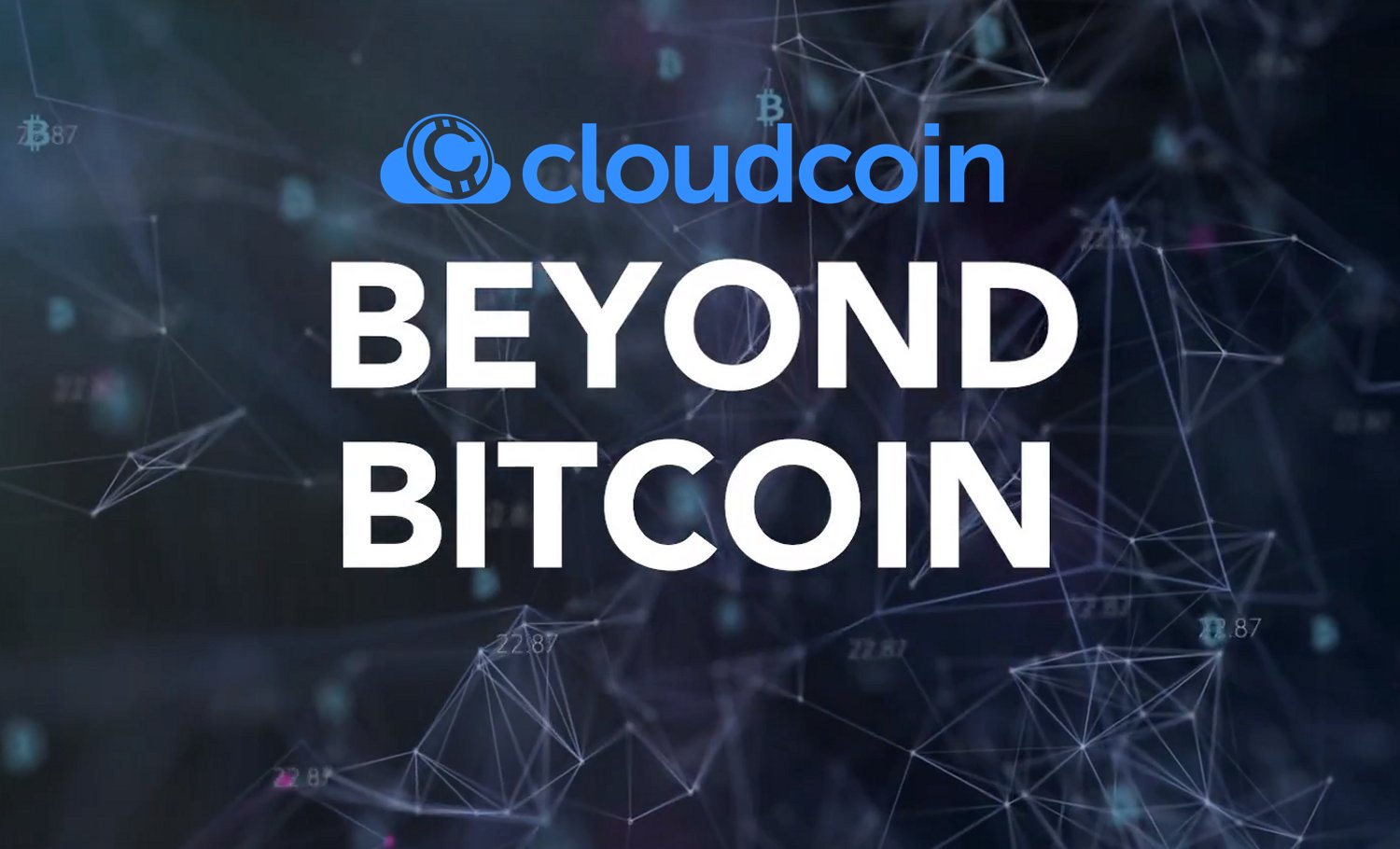 BEYOND BITCOIN. The Future of Digital Currency. Part III The problem with Bitcoin

The problem with Bitcoin 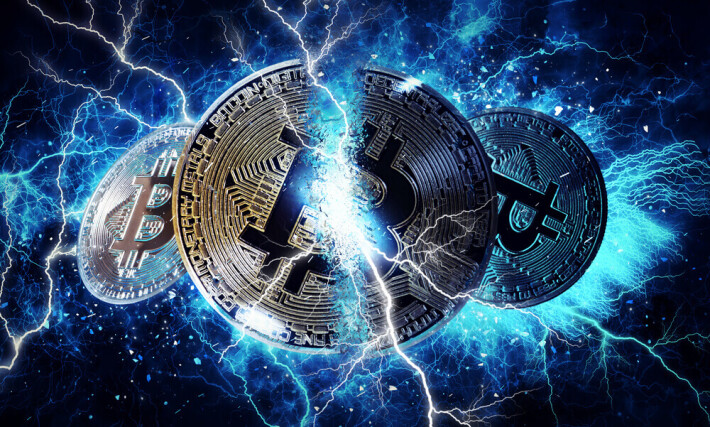 The future that digital currency promises is grand, but there are big problems in the road to reaching the best possible future.

But first, what is a blockchain?

A blockchain is a database that is duplicated thousands of times across thousands of servers as it tracks transactions.

These transactions usually involve a specific cryptocurrency, although blockchains can also be used to track and secure other types of information.

Digital currencies like Bitcoin use blockchain technologies to provide what computer scientists call physical integrity - the manner in which data is physically stored.

This means the currency is secure, and won’t disappear. And even governments can’t touch it.

How safe is Bitcoin? 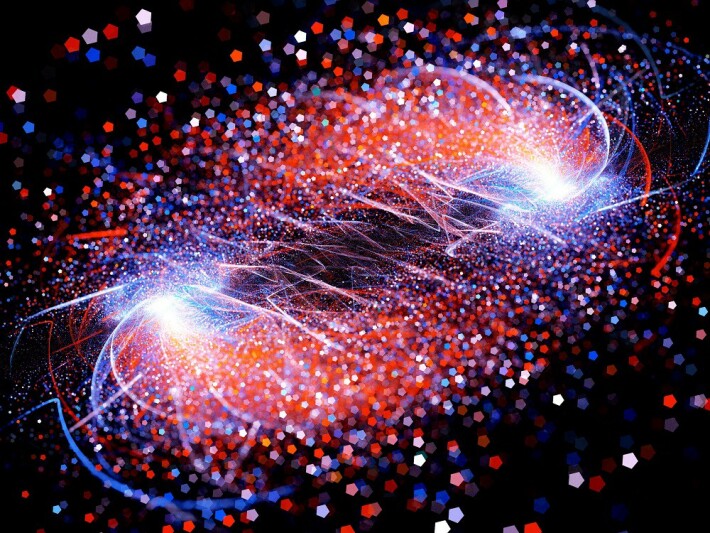 Supercomputers - known as quantum computers - are now being developed. These computers are just like your desktop computer, except they have 10 to the 8th power more processing capability. This means they are 100 million times more powerful. In theory, a quantum computer could break a blockchain’s 128-bit encryption in under two minutes. Quantum computers are just coming onto the market - but it’s safe to assume that governments around the world already have them in secret. This means they can already secretly track cryptocurrencies.

But that's not the only problem. Cryptocurrencies use a system of proof-of-work and consensus.

Proof-of-work (PoW) is a way of verifying a Bitcoin (or other crypto) transaction. Consensus is a broad agreement among the people managing a cryptocurrency blockchain for the rules that PoW will follow.

In theory, the Chinese government could put up 6,000 servers and use their combined computing power to take over the Bitcoin blockchain. Significantly fewer servers would be needed if they were using quantum computers.

The blockchain uses pseudo-anonymity - an apparency of anonymity but not true anonymity - to track every transaction that occurs. If your name is linked to your public ledger address, anyone can find out everything you have ever bought or sold through that blockchain.

It can take days to set up an account on a blockchain, because the exchanges (sites where you can buy and sell cryptocurrencies) are very intent these days on verifying your identity before they’ll let you set up an account. You may have tried to buy Bitcoin and given up; it's just too danged difficult.

But this isn’t the end of the problems inherent with a cryptocurrency like Bitcoin.

How Bitcoin is “minted” 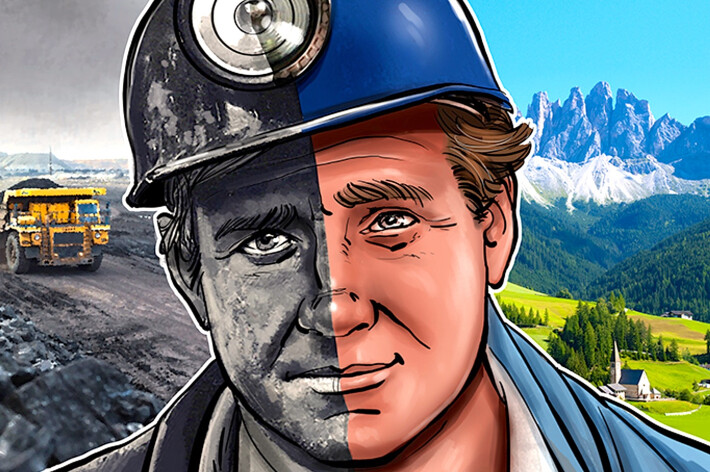 The entire Bitcoin blockchain is funded by “counterfeiters” who are euphemistically called miners.

When Bitcoins were first created, there were a finite number of coins. Miners are people who “solve” the mathematical problems (PoW) used to keep transactions secure, using powerful computers and specialized software. When a problem is solved, new coins are created and given to the first miner who solved the problem, but he doesn’t receive it until a number of other miners have come up with the same answer.

It takes huge amounts of costly electricity and tens of thousands of high-powered servers to run this Bitcoin blockchain. Bitcoin mining alone consumes as much electricity as an entire midsize state, like Nebraska or New Mexico. Due to these costs, the system is becoming much more centralized. One missile to a single mining site in Iceland (where massive Bitcoin mining is done because of the low cost of power) could stop the whole transaction process.

Why Bitcoin transactions are slow 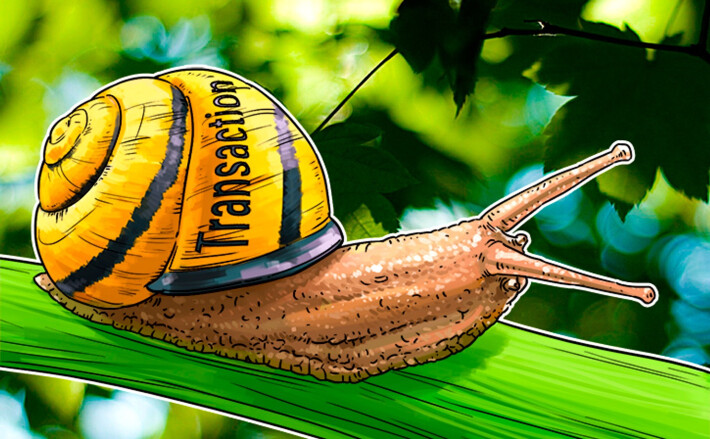 But the worst aspect of Bitcoin is that it takes minutes or hours to confirm a purchase, and soon it will take days. Imagine waiting days to buy a soda. Bitcoin is simply impossible for retail use.

The blockchain isn’t scalable. This means that the more people who use it, the slower it gets. The algorithm is doomed by its own success.

And now, companies are charging transaction fees, and the exchanges are becoming extensions of our governments.

Countries like Japan, Bahrain, and India are even setting up official government-run blockchain digital currencies.

Bitcoins are like the 1st stone money found on the island of Yap. In Yap they have a village square where all the big stone coins are kept in a physical public ledger for everyone to see. There is a raised platform for each family. If your platform is empty, you are broke. The blockchain is a digital version of this public ledger system. 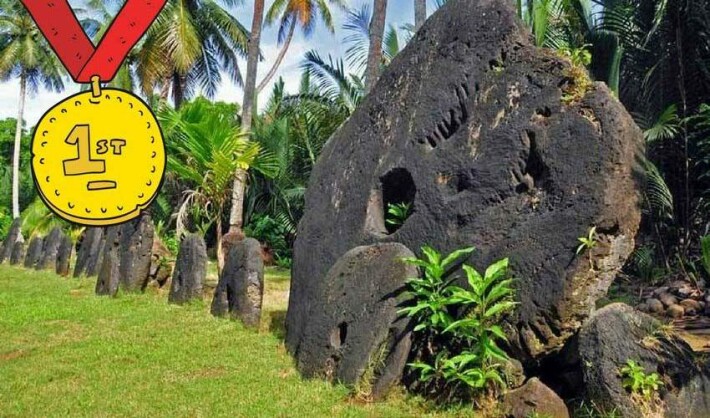 And yes, there is a better way.

In monetary systems, money is data. There are two major approaches to money as data - ledger (centralized), or physical tokens (decentralized).

Gold, silver, and paper money are all physical, token-based forms of money.

The electronic data used in CloudCoin also takes up storage space (as all stored data does), so CloudCoin uses the physical token model. With physical tokens, including CloudCoin, the money is dispersed across its users, and is extremely decentralized.

Bitcoin, PayPal, and the stone money of Yap use the ledger approach, and the data is centralized. Bitcoin and Yap use a public ledger to stop unauthorized transactions. PayPal has a private ledger, but still maintains a centralized record. 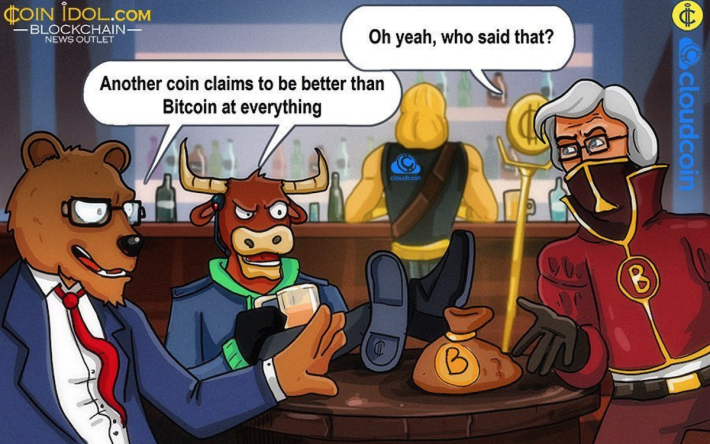 When we get to centralized system administration, things get a little more controversial.

In public ledgers, there is less concern about counterfeits and more about entity integrity (knowing who owns what). On the island of Yap, they must move the stones from one place to another to show ownership, and they make sure no one moves stones without authorization. With Bitcoin, numbers must move from one account to the next to show ownership and prevent unauthorized moves.

The Federal Reserve System requires a significant amount of administration, primarily due to threat of counterfeits. Page after page of laws and international agreements have been drawn up to administer the fiat currency of any land.

Try to make a photocopy of any paper money in the world and you will see your copy machine do an odd thing. It has a little brain in it that recognizes when you are trying to copy money, and it willon behalf of the Federal Reserve - stop making copies. This gives you a stark window into what you can expect if governments make their own digital currencies.

How can governments reach as far as controlling how copy machines and scanners work? Clearly, the Federal Reserve System is centrally administered—and they are doing a lot of it.

Centralization is dangerous, and we must fight against it.

Bitcoin does not have a central administrator, but it has a design flaw that results in the administration becoming more centralized as the value of Bitcoin goes up. The Bitcoin miners are the administrators, and as more people have access to Bitcoins, and more coins are generated, it takes more power to administrate the blockchain.

And so the number of administrators for Bitcoin is falling. 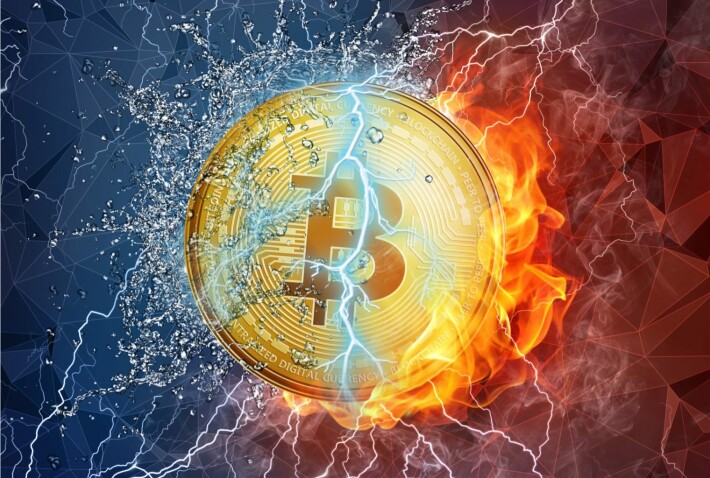 To be a Bitcoin administrator (or miner), you need to know how to run servers. You need to keep them running with the right software. Because of the economics of Bitcoin mining, we are seeing it become more expensive to mine (counterfeit) Bitcoins, and so the only miners are people who have an economic advantage.

There are now warehouses full of servers in Iceland. Iceland has a cold climate and cheap electricity, which makes it one of the best places on earth for mining. The truth is that there is only one "most efficient" Bitcoin administrator in the world. That is why Bitcoin's administration will naturally become more centralized as this currency becomes more popular.

And the more centralized it becomes, the more vulnerable it is to attacks, both physical and digital.

A second mover advantage is the advantage a company has when it’s not first to market.

Unlike Satoshi Nakamoto, who had no precedent, we could look at all the Bitcoin blockchain mistakes and find ways to avoid them.

With the wisdom of hindsight, we was able to determine those things that do not work and remedy them.

The Story of King O’Keefe

In the 1800s, an Irish-American captain sailed his ship to an island in the middle of the Pacific Ocean in search of copra.

What he found on the island of Yap was a form of money made of huge carved stones. The stones came from a nearby island, and had to be transported back to Yap. The islanders had no metal tools, so once they transported them, carving a single stone into the shape that represented money required massive amounts of the islanders’ time.

But Captain O’Keefe had an idea. He sailed to the island that had the right type of stones, then using his iron tools, he carved the stones to mimic those of Yap. He took the stones back to Yap and asked if he could purchase one of the smaller islands with his stones. The islanders happily agreed to the trade.

Soon the captain was back for food, labor, shelter and more. The islanders saw this as a boon, so they quit farming and dedicated their time to building the sailor’s home and furniture. They could always buy food later with the new stones they would earn.

But things did not work out well. With no farmers, the food ran out. With more money than products, their monetary system collapsed.

The villagers were dismayed at how the price of food skyrocketed. The children were hungry. The women complained to their husbands. 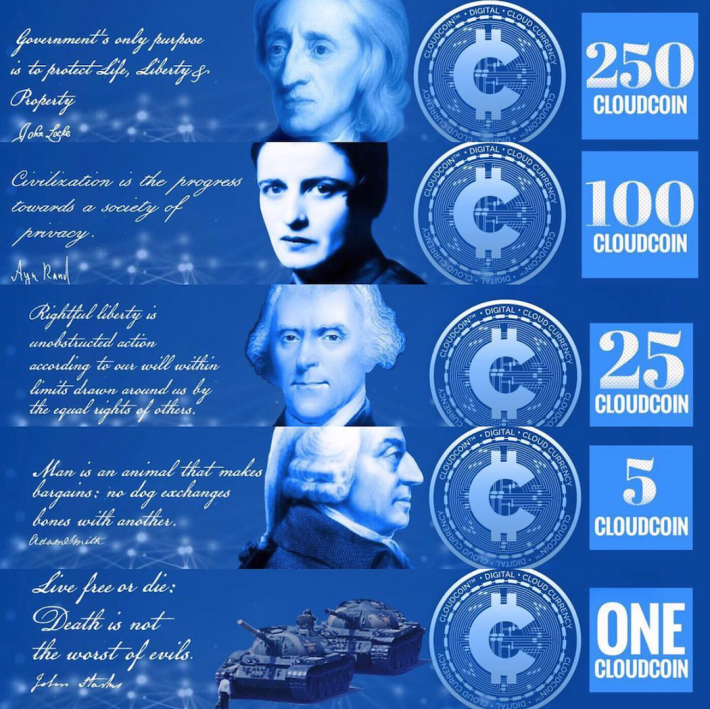