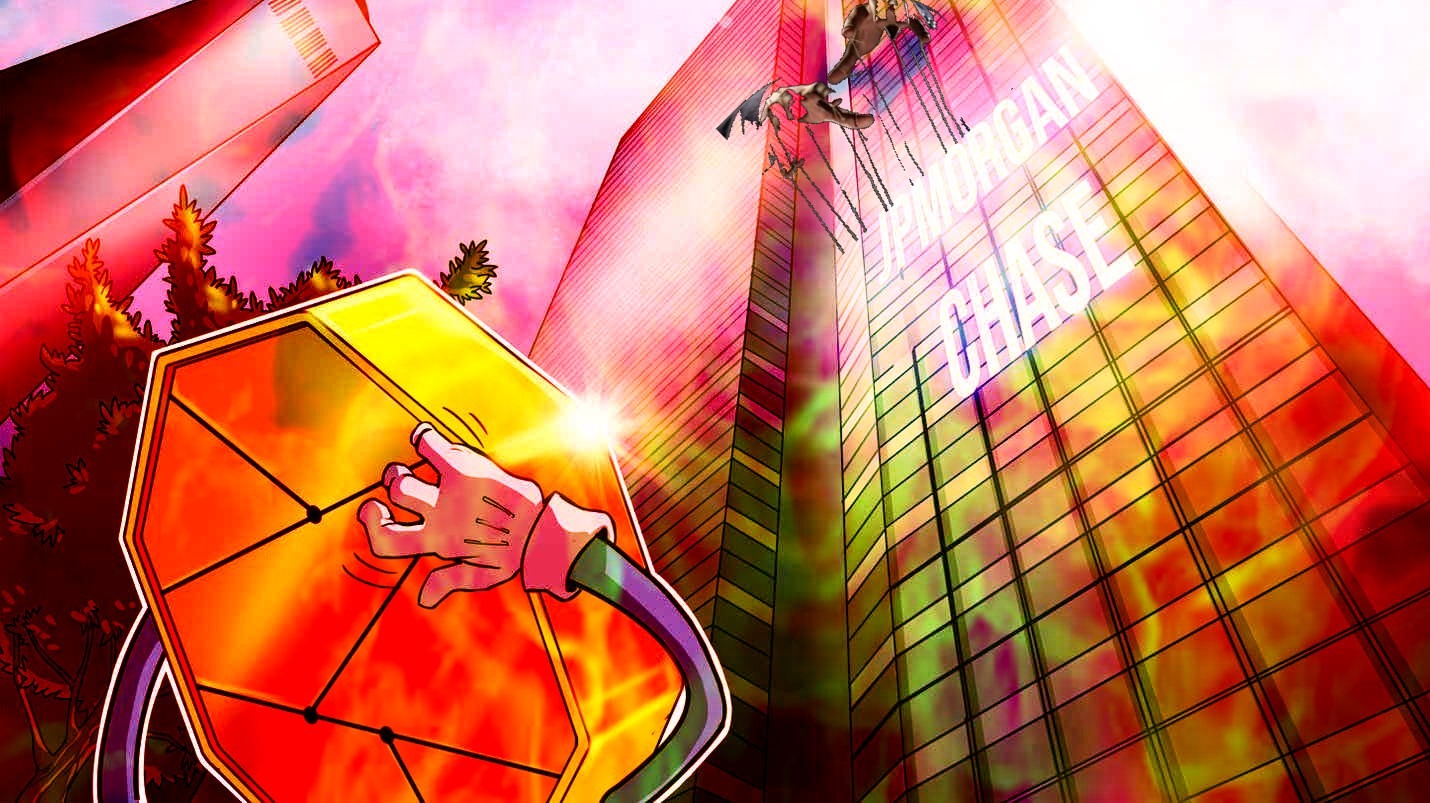 Last Sunday Uniswap Founder Hayden Adams tweeted out to the world something that was pretty shocking and equally concerning. His personal bank accounts at JPMorgan Chase were closed without any prior warning. Now I will say that if a bank is independent and thus not owned by a government they should be allowed to do business with whoever they want. JPMorgan Chase is a public company and not owned by a government so for that one reason I could see them wanting to distance themselves.

However, the way they went about it and the conspiracy that has come out from credible people since then are horrible. The first thing is that he received no notice none what so ever. Looking through it I did find out that this is legal and actually banks are not allowed to tell people why they closed their accounts if they are deemed too risky however I would find that explanation a little odd. The rumors that have come out have a credible person as well in their corner and that is former Brian Quintenz, the former chairman of the US Commodity Futures Trading Commission (CFTC). He has come out and said it appear to him to have been done on behalf of The Federal Reserve (Fed) or even The Office of the Comptroller of the Currency.

Now I will say it came out last year that the SEC was investigating Uniswap's platform but not a lot of other details emerged. Could this have something to do with that? Maybe but again because of the sudden and silent nature of the account closures we do not know. JPMorgan has not released any statement that I could find. The lack of a statement and the lack of anything coming out of the legal world leads me to think that it could have been something forced by the Fed or Office of the Comptroller. Personally, I think that is a huge overstepping of bounds by either of those two offices and if it does come out that they were the reason behind it some investigation needs to take place.

Now in case you did not know it is not like Hayden Adams lost that money as he still has it however he needs to now find another bank so he can set up his account there and have his money sent there. Honestly, it reminds me of how some bullies would pick on kids not by actually doing anything directly to them but by making them jump through all of these extra hoops to get something done. The Fed or Comptroller could easily be trying to pass this off as a bank thing and just make Mr. Adams like that much more difficult just because.

This has not made much news but this is something that more people should pay attention to. I do not think anyone wants the government to have the ability to have any sort of unchecked power. If there was an issue legally speaking then it should be addressed publically and not in a manner like this. The way this was done was shifty and shadowy leaving a ton of questions with no answer.

If you do not already have a Robinhood account if you sign up here and link your bank account we both earn FREE stock! You also will be put on the waitlist for crypto wallets as well! Don't forget Robinhood crypto trading is commission-free! 🤝

Offers daily wheel spins to win free sats daily! If you sign up for Fold with my link here you will get 5,000 sats for free! Currently, you can get Fold's Premium Debit Card Fold+ for free until February 1st. If you sign up for that as well we each receive a free $25 credit!

If you are like me and walk to work every day this app rewards your walking with Sats! So far I have earned over 3,500 sats in just a couple of months walking to work! Here is my link!