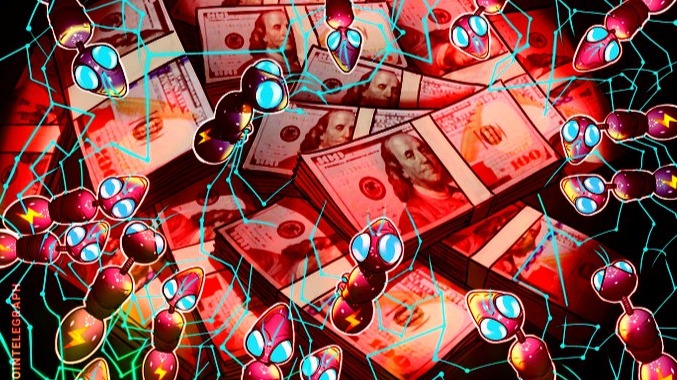 How Many Bitcoin Investors are Underwater and Where Does El Salvador Fit into This?

Investors in the Red

With the huge correction across the markets, yesterday Bitcoin was by far one of the biggest stories in both the crypto community but also in traditional finance. During its bull run and during the first few months of this year there was a key underlying story regardless of the price action. The vast majority of Bitcoin owner or wallet addresses were "above water" or in the green. This means that the coin was worth more than when it was purchased.

With the sharp pullback yesterday though this changed significantly. In the last month, 15.5% of ALL Bitcoin wallets went underwater or now are worth less than what the individual invested. This number itself is huge and honestly a little hard to wrap your head around. Roughly speaking the price of Bitcoin is around $31,000 and just around a week ago Bitcoin was butting up against $40,000 a coin. To make math easy we can say that its a 20-25% pullback in price which means the price is revisiting prices in July of 2021.

Knowing that the adoption of Bitcoin has increased significantly since then it would make sense that some of the wallets are underwater. When you factor in people that owned Bitcoin before this time also adding to their wallet the average cost could easily quickly rise. However, I did not expect to be reading that 40% of wallets are underwater. That is a huge amount and concerning as it means that those who have been in for a considerable amount of time at least in terms of Bitcoin are in the red. With this occurring, it could lead to one of two events.

Adoption by new users could dry up because of the huge pullback resulting in further sell-side pressure or if the price stabilizes long enough both new and old investors could pile on resulting in a new bull market. It will be a few weeks before we find out what path is chosen by the market and any swing in either direction could quickly be reversed with the market's state. Only sustained momentum in either way will show us what the market truly has in store for the immediate future.

President Nayib Bukele has been a consistently strong supporter of Bitcoin no matter how the market was reacting. His purchases at first relatively speaking were pretty small buying 100 and then 150 Bitcoins at a time. While these prices were pretty elevated compared to where they would be months later he was dollar-cost averaging his way down. This was not too bad as he was buying crypto in small batches but as soon as the calendar flipped to 2022 Bukele threw it into overdrive.

In January he made his first large purchase with 410 Bitcoins bought for $36,585 and then when the price rebounded into the $40,000 range the country was in the green making him look like a genius. Yesterday when the collapse took place he made an even larger purchase of 500 Bitcoins for $30,744 apiece. It was a bold move however since he has tied his political future to Bitcoins success it was a move he had no choice but to make.

This means that since Bitcoin became legal tender in the country El Salvador has bought 2,301 Bitcoin. For a developing nation, this is no chump change as the country has in total sunk more than $100 million into Bitcoin, and using the $31,000 price point for Bitcoin that means that the $100 million investment is now worth $71,331,000 roughly a 29% loss. For a country that is trying to take out loans that is a huge issue and something that needs to be paid attention to. It is critical for the price of Bitcoin that El Salvador continue to HODL their coins. If they end up having to sell off part of their investment it would be an unimaginable blow.

While Bitcoin should be thought of as a long-term investment if your country is struggling with basic needs due to monetary issues it could throw a wrench in those plans. That is not to say that there are any current issues in the El Salvador economy but inflation is hitting the world making their future loans cost more. When you add in that a growing part of China is having to lockdown again supply chain shortages could be on their way yet again which impact developing nations more than developed nations. I am a little surprised personally that President Bukele did not wait a day or so to see what happened with the price and see if it stabilized if it had continued to fall his rushed investment would have blown back in his face big time.

It remains to be seen where the market will head and it it will start to consolidate and recover or dead cat bounce. People that are making their investments now in my eyes are really gambling on if the price will hold and recover or face further downward pressure so I am hesitant to do anything at the moment.