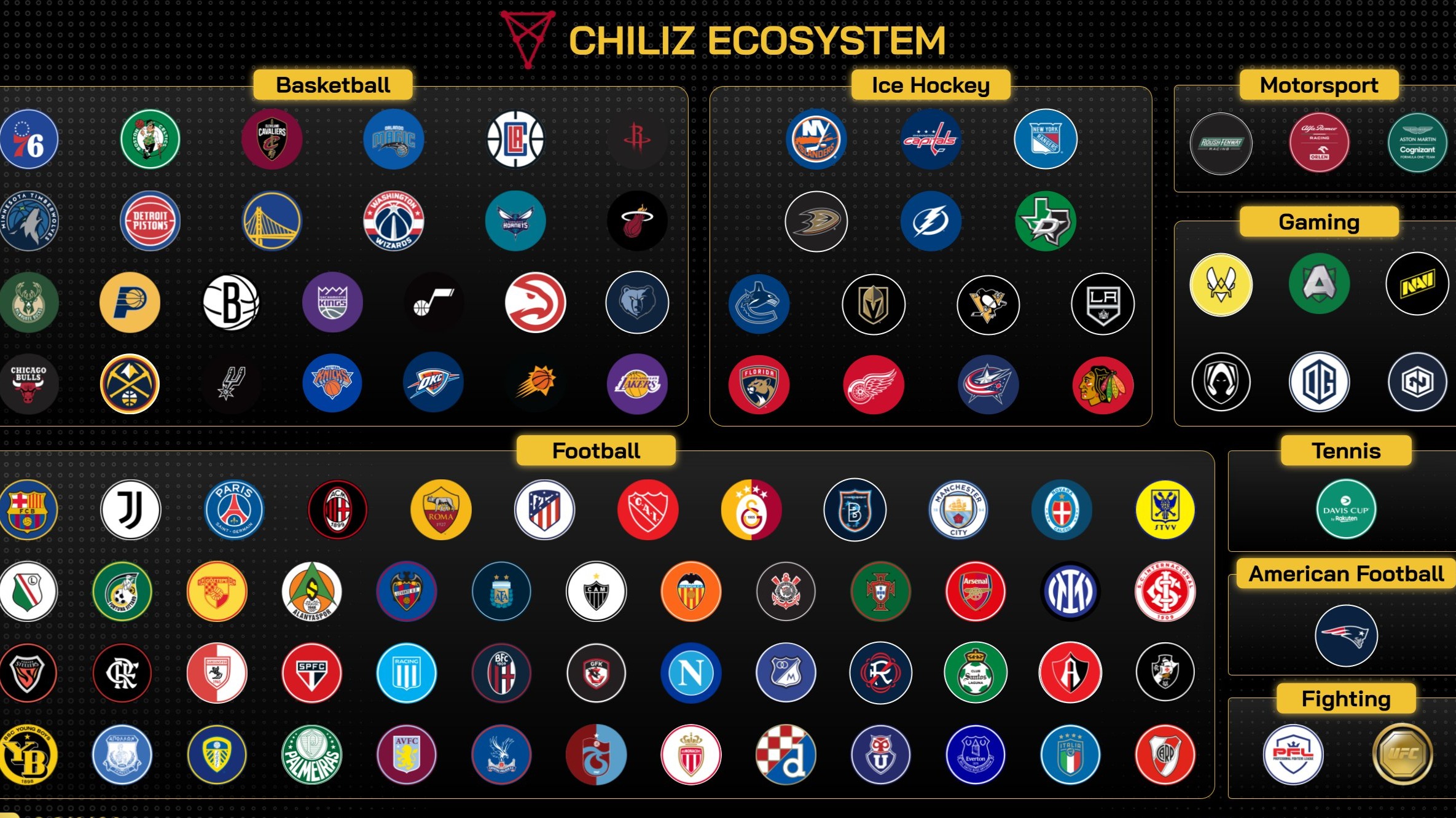 Chiliz Network: Progress in US and Chiliz 2.0 Incoming!

At the end of January the Socios.com team announced steps users located in the United States needed to do for when they launch the new US app which I wrote about here. I thought that this announcement meant that a new app launch was coming up soon and was really looking forward to being able to purchase Fan Tokens again. Sadly, that has not yet happened yet but some more news has emerged and the Chiliz blockchain itself has released some really interesting news!

While the US app has not been launched yet so US users cannot buy new Fan Tokens that has not stopped the absolute explosion of partnerships with sports teams in the United States. Since December the number of US partners has exploded. This is especially true in the Basketball and Ice Hockey realm. The Socios.com team though has also added their first MLS team and the New England Patriots, one of the most popular American Football teams, to their roster as well.

Adding these teams is good and all but without the Fan Tokens I do not think the project is really that enticing for a US user. This was a concerning thing however it has been addressed now! The head of operations in the US, Mac, recently gave an interview where he was asked about his favorite thing about working for the company and instead of giving a boring response we have come accustom to receiving he stated

What’s your favorite part/feature of the Socios.com app?

Influencing team decisions through the polls. I’m a diehard Chicago Bears and Chicago Bulls fan. I can’t wait to pick the alternate jerseys of those teams once we have fan tokens live with the NFL and NBA.

This is great news because the head of the operations reveled part of the upcoming plans! Most of the teams who have launched Fan Tokens have hosted club binding votes like this so to have it reveled that this will happen with the Chicago teams is huge! Prior to this nugget of insight it was not really known what all was agreed to beside some sort of partnership.

With the President Biden's Executive Order this could help provide some clarity that the company really needs since uncertainty was the reason that they stated a new app for the US was coming. It is also the beginning of baseball season now and the collective bargaining agreement has been finalized so this means that baseball teams could soon join the fray! As a baseball fan this would be huge for me and I can imagine a ton of different ways these poles could be implemented from the standard jersey variations to things like walk up music or music in-between innings!

The scope of the 2.0 blockchain is so immense it will get its own article later on this week. In a quick overview it will be an evolution of the Binance Smart Chain and have its fees paid in CHZ. It will also be EVM compatible with backwards compatibility with Ethereum and Solidity. As one would expect this chain will be focused on the sports and entertainment sectors and protecting intellectual property.

The cool resent development is that they are letting their community come up with the name for this 2.0 blockchain! It started with an open period to name the chain but that period has now passed and on Friday March 18th the final 10 or the shortlist of names will come out! When this list is announced all CHZ holders will be able to vote on the new name and the winner will be decided by popular vote! It will be really exciting to see a community be able to come up with their blockchains name since that is something that normally has already occurred!

This 2.0 blockchain's public beta launch is supposed to arrive soon with it being stated earlier this month that it will come out in the first quarter of 2022!