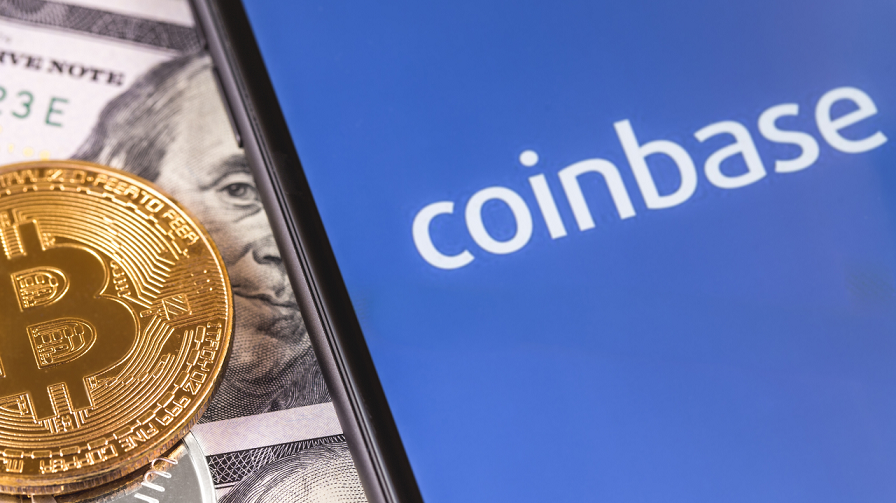 What DeFi Token is Coinbase Going to List Next?

Everybody reading this should know about Coinbase - one of the largest cryptocurrency exchanges in the world. We all know precisely what happens to tokens that are fortunate enough to be listed on Coinbase - they EXPLODE.

We have a term for this in the industry, and we call it “The Coinbase Effect.” The same thing happens to tokens that are listed on Binance as they also explode with “The Binance Effect.”

It would be great if we could, somehow, figure out which tokens are next going to be listed on Coinbase to take advantage of the price boom.

Is it possible to predict which tokens Coinbase is going to list?

In my own opinion, I think the answer is yes. It is just a matter of how deep into your research you are willing to go to figure out the links between Coinbase and cryptocurrency projects - they certainly exist!

Before we get started on the list of DeFi Tokens that Coinbase is likely to list, let us go back in time and see some of their recent listings and what signs were available for us to see before the Coinbase Effect taking place.

How to spot a token that is a fit for Coinbase?

To spot the next token that Coinbase might list, we need to look at the connections between Coinbase and the cryptocurrency projects.

Connections are the key to all of this.

Most importantly, the connections in the San Fransisco Bay Area are particularly of value to spot which token is a fit for Coinbase. 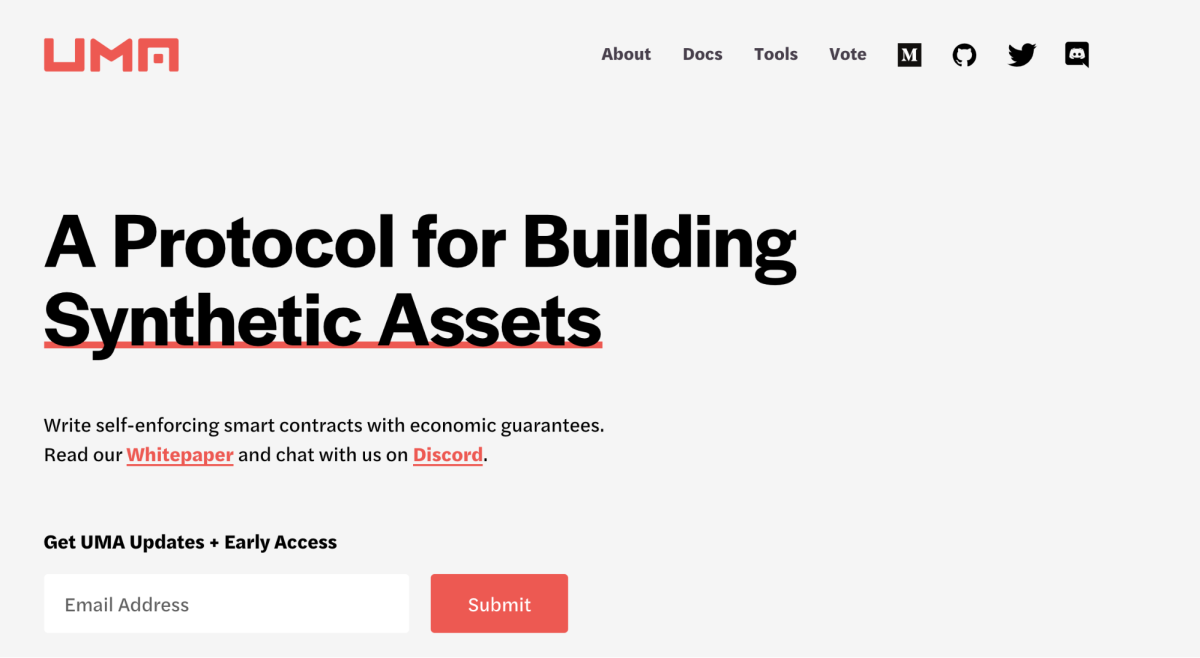 As you can see, Coinbase Ventures was one of the investors in this project.

It was relatively easy to see coming as the connection was mentioned in the media a couple of times;

Notice that was September 2019! Almost a year ago! So it took them over a year to list the token on their exchange - but it came eventually. The signs were all there.

The coin was not even trading in September 2019. It only came onto exchanges around May 2020.

Before September, the price of UMA was slowly creeping higher. It had reached $4.32 in August 2020 and continued to surge as it finished the month above $10. Upon the announcement that Coinbase was listing UMA, the token exploded to reach as high as $25.

It dropped lower (due to BTC dropping from $12,000 to $10,000 in early September) but started to rise again after Coinbase announced that UMA was going to be listed on the mainstream Coinbase exchange itself (not Coinbase Pro). 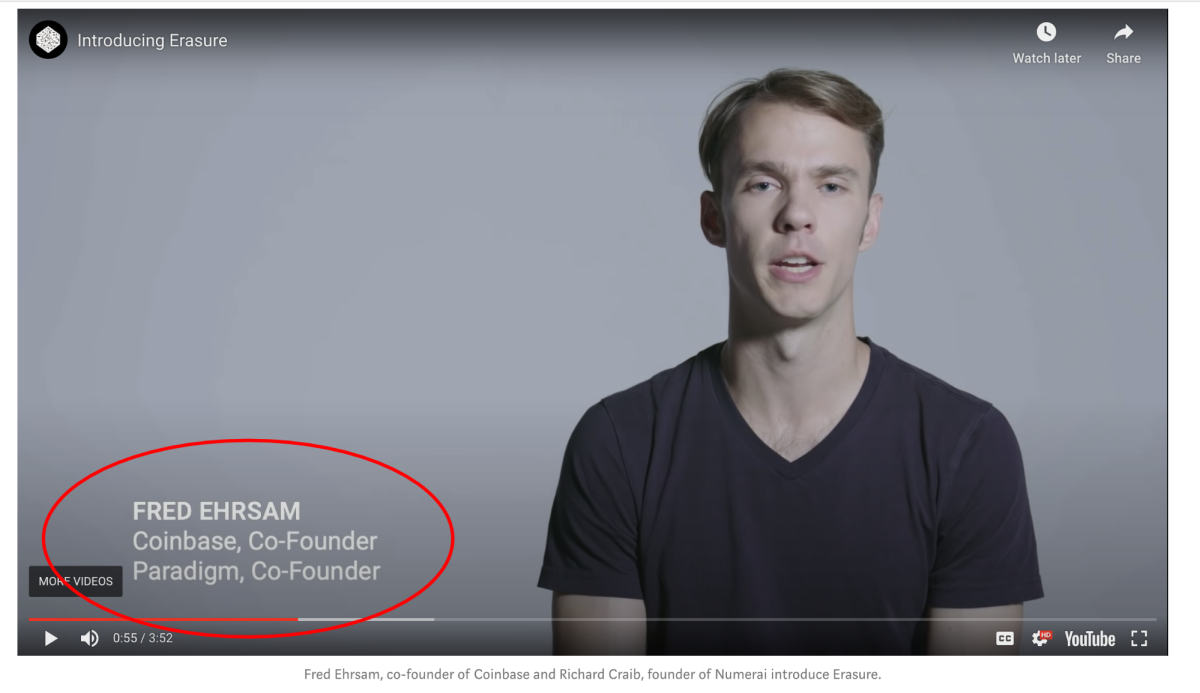 Fred Ehrsam is a co-founder of Coinbase. He appeared in the video (screenshot) above alongside the founder of Numeraire way back in October 2018. The link to this reference can be found here.

Of course, if you do not know who Fred Ehrsam is, you would have missed the connection. He went on to leave Coinbase in early 2017 but most likely is still in close contact with the company;

Ehrsam had shown his interest in Numeraire as early as December 2016 - one month before he left Coinbase! He must have certainly been invested in the project by this point in some form. He is currently listed as an advisor for the Numeraire project.

When NMR was lited onto Coinbase Pro, the token had exploded from beneath $20 to reach as high as $57 - this is most certainly the Coinbase Effect in full action! Surprisingly, there was little effect on the price movement when NMR was added to the entire Coinbase platform a week later.

It was the first-ever investment made by the Coinbase Venture group, and it occurred as early as May 2018 - over two years before it even got listed on Coinbase.

$COMP made its appearance on Coinbase, and this was the first few days it was available on any exchange. The Coinbase Effect caused COMP to surge from $67 to reach as high as $336 a few days later.

What Are the Next Token Candidates for Listing?

It is not like Coinbase is hiding any of this information. It is all out there as it always has been. All we need to do is connect the dots by following the Coinbase blog and their investment divisions to see where they are putting their attention.

Armed with information, we can easily deduct which DeFi tokens they are likely to list next based on the strength/buzz of the project and how long Coinbase has been involved.

As you can see from the examples above, Coinbase invests in a project months (if not, years) before it appears on its exchange platform. We should expect a similar situation for additional listings. 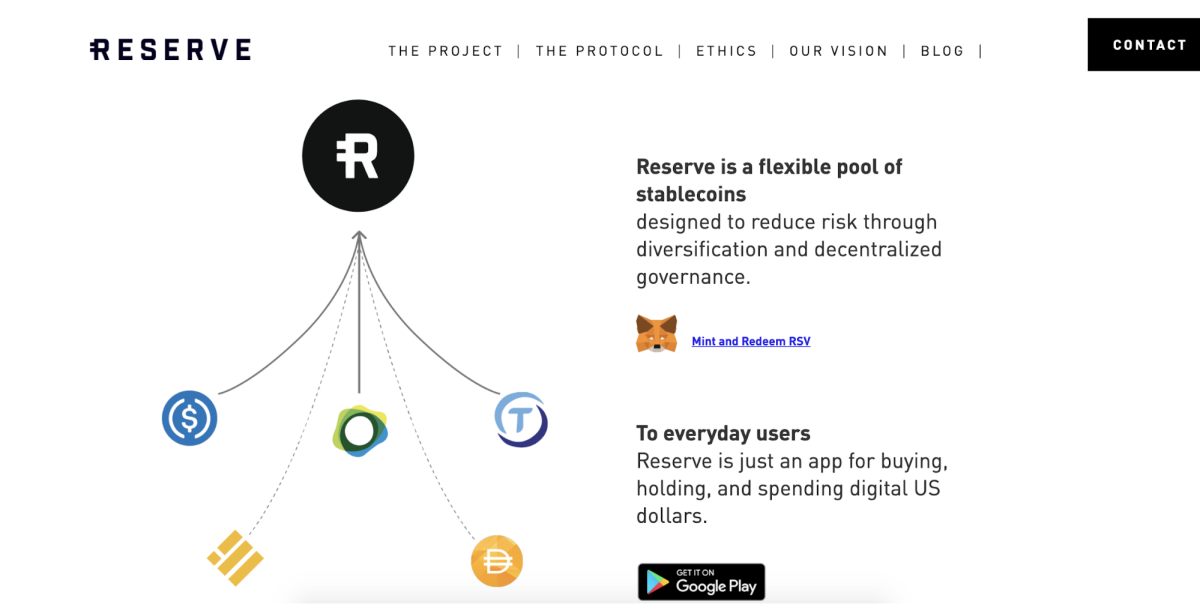 As always, the answers are in plain sight;

It is also listed in the Coinbase Ventures section;

In July of this year, on the Coinbase Blog, Reserve was also listed as one of the projects that they are exploring as new additions for the platform; 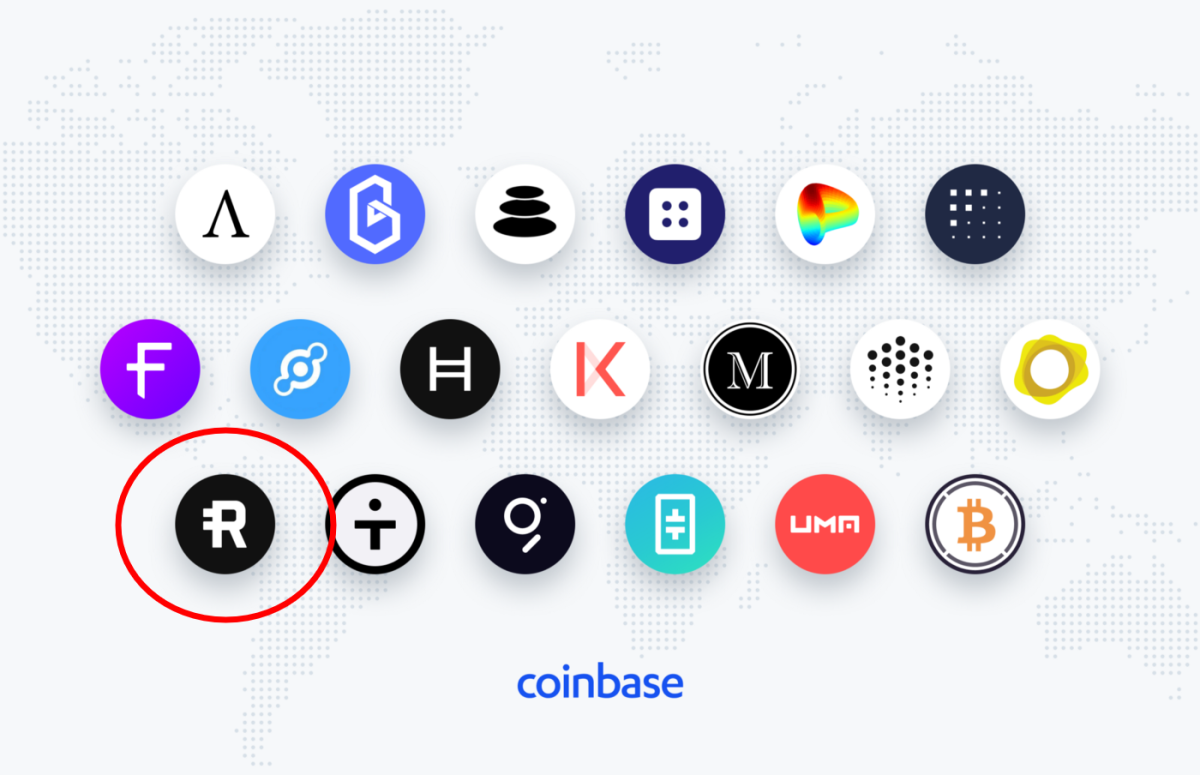 The good news is that the listing might be closer than we think when we consider the fact that Coinbase had invested into Reserve back in June of 2018;

This means that it has already been over two years since Coinbase first noticed this project, which is quite similar investment timings to other projects that are launched on Coinbase. 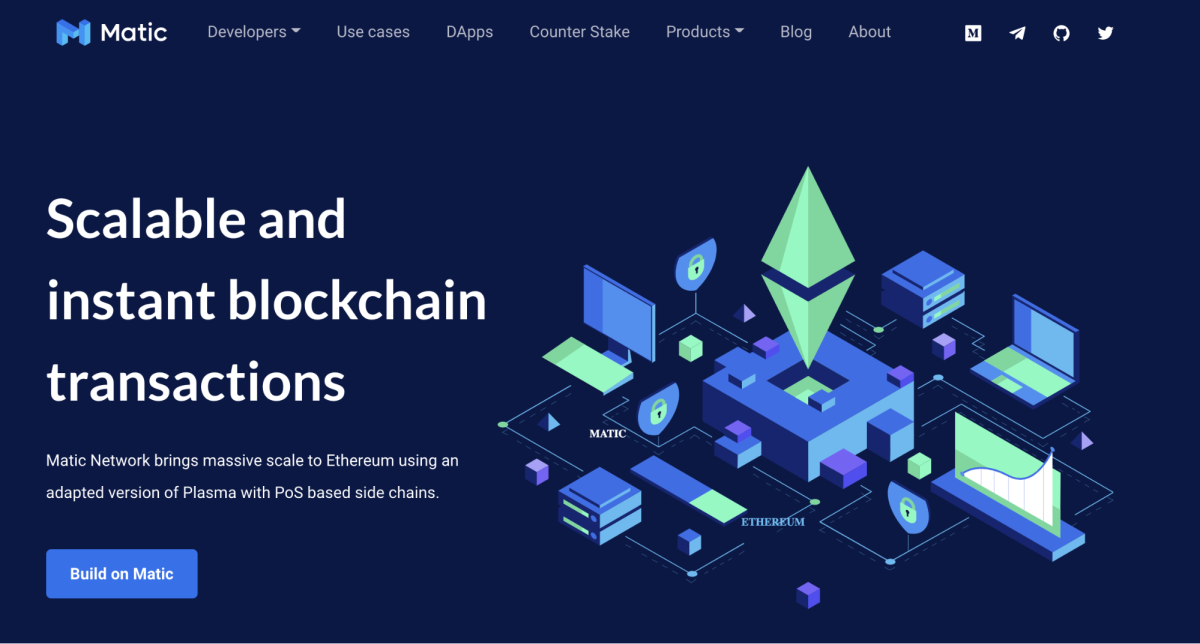 Matic is another cryptocurrency that is listed on the Coinbase Ventures page;

Coinbase invested into this Indian-based cryptocurrency Project back in April 2019; 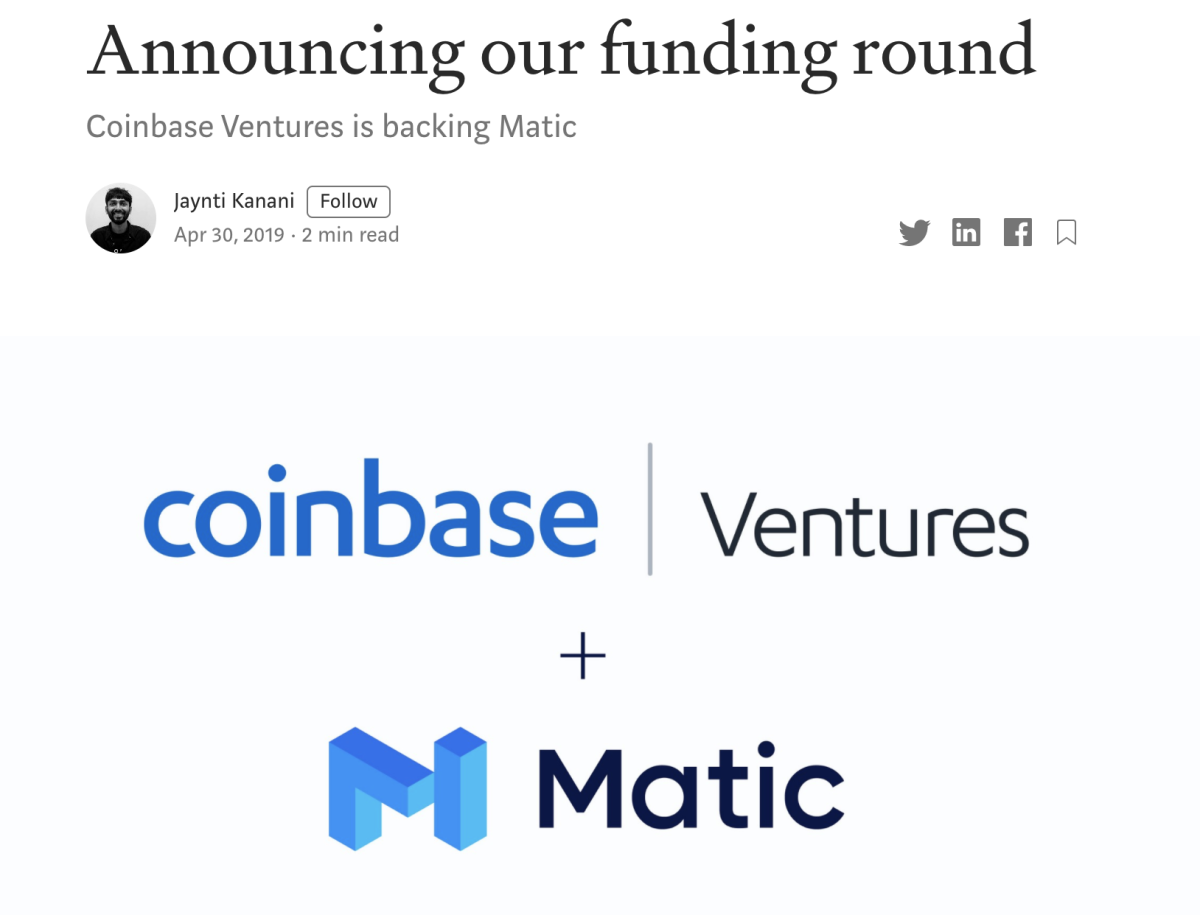 As the title of the blog post suggests, Coinbase Ventures took part in the Matic seed funding round - making them exceptionally early to the party.

Although they have only been involved in Matic for slightly over a year now, Coinbase has made some moves to help the overall Matic ecosystem. Specifically, in January 2020, Coinbase elected to add Matic to its Coinbase Custody service - a professional-grade cryptocurrency service that allows large-scale investors to store their cryptocurrency safely; 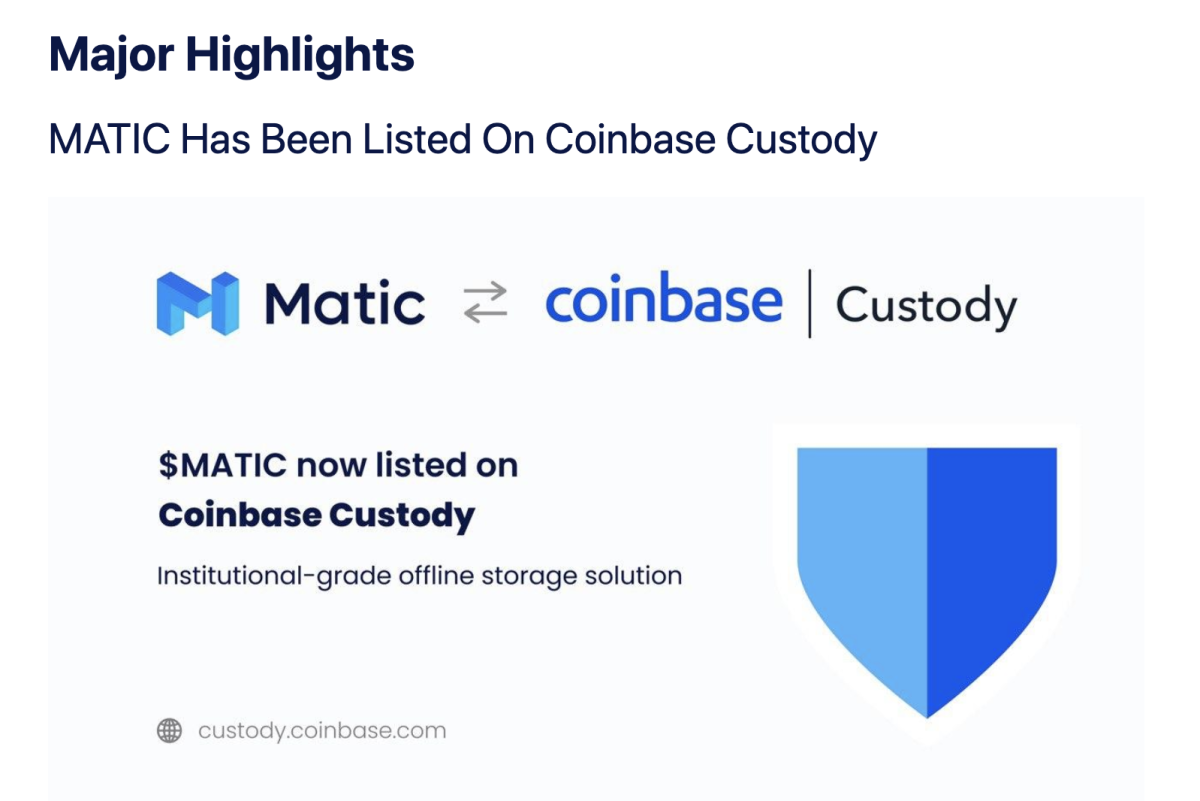 Although this would not have the same impact for $MATIC as being added on the exchange itself, it does provide a highly trusted location for any large whales who were interested in $MATIC to store their holdings.

With Ampleforth, things are a little different.

You won’t find any direct Coinbase connection in plain sight as it is not listed on their Coinbase Ventures page - nor do Ampleforth make any mention regarding Coinbase themselves.

To find this connection, you would have to dig a little deeper. You would probably have to dig quite a lot deeper if you wanted to find it.

Firstly, I recently stumbled upon this DeFi recap on the Coinbase blog. Inside the post, they gave Ampleforth an entire section; 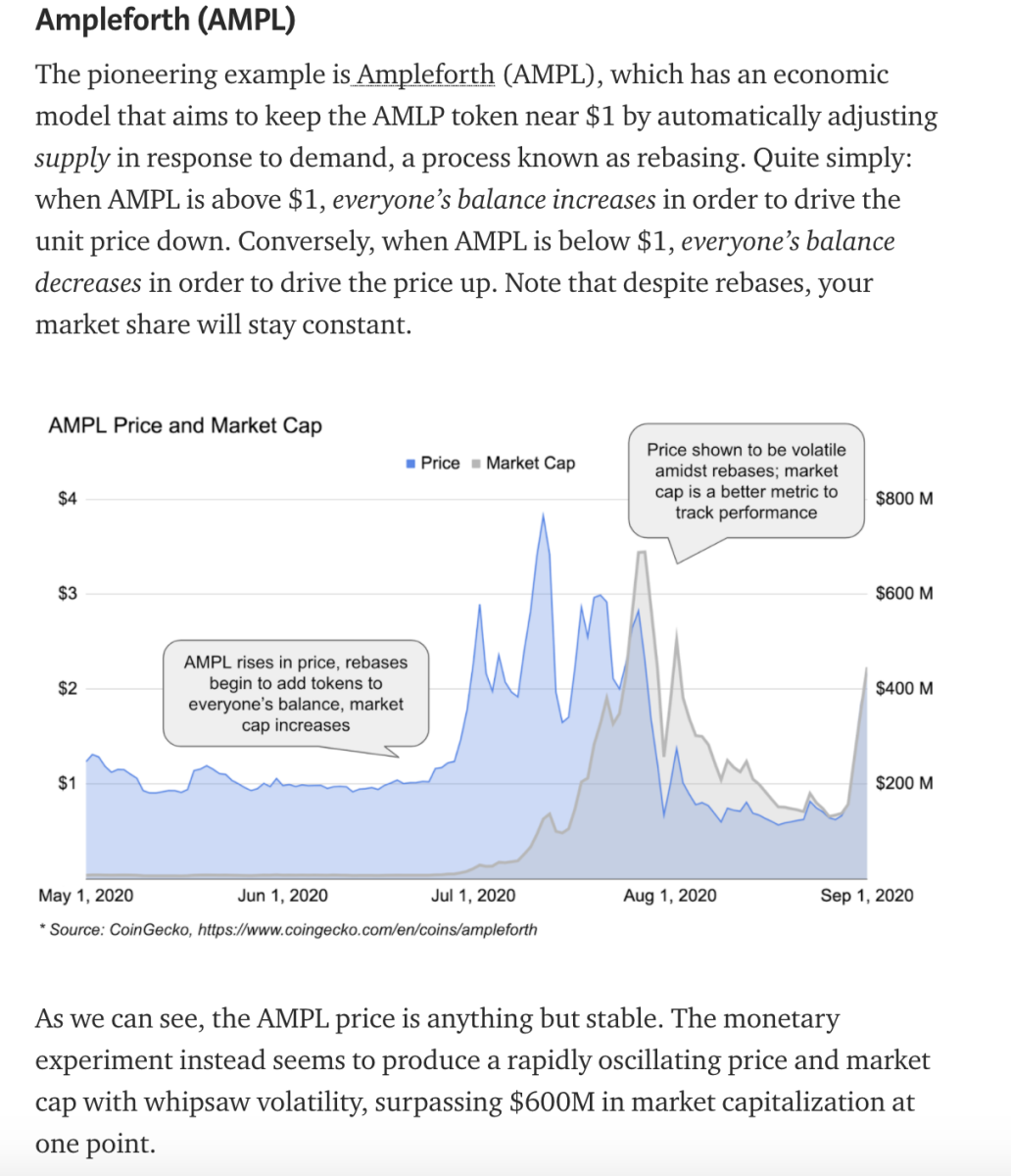 This rarely happens with big firms such as Coinbase - unless something is going on behind the scenes. Other tokens on this blog post include the likes of UMA, which was listed on Coinbase quite recently.

What if I told you the core people at Coinbase core are invested in Ampleforth?

What if I told you that these core people are in the highest position over at Coinbase?

What if I told you that it's Brian Armstrong himself - the CEO of Coinbase! 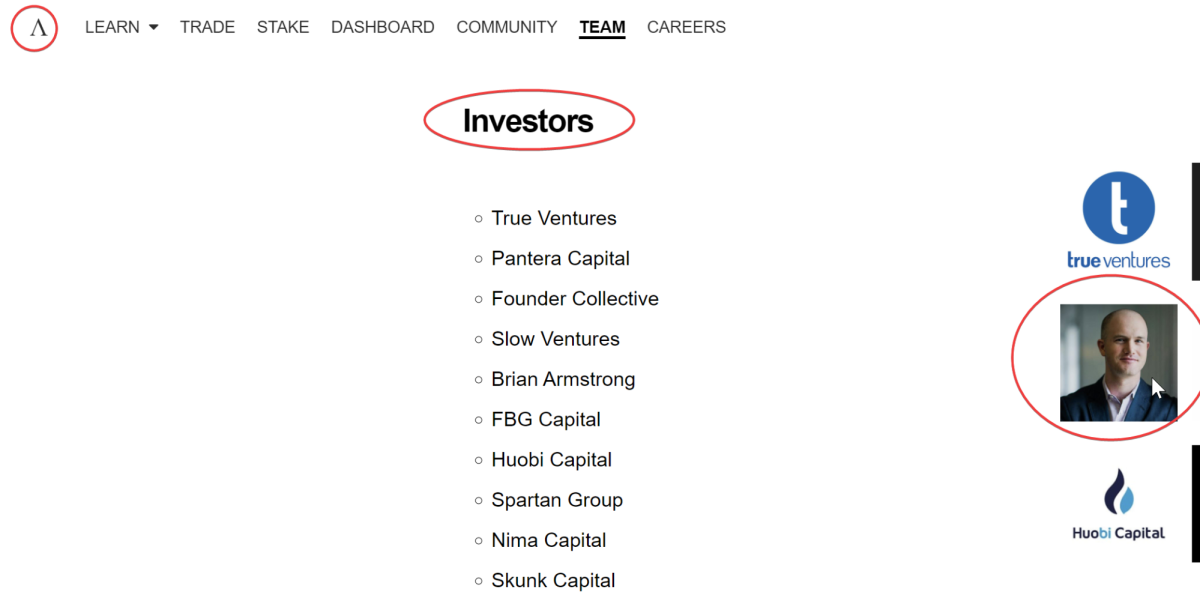 If that does not get you excited - I am not sure what would.

Digging a little deeper, the connection becomes instantly apparent. All you have to do is to look at both these guys LinkedIn pages to see that they both attended Rice University to study the same course - at the same time; 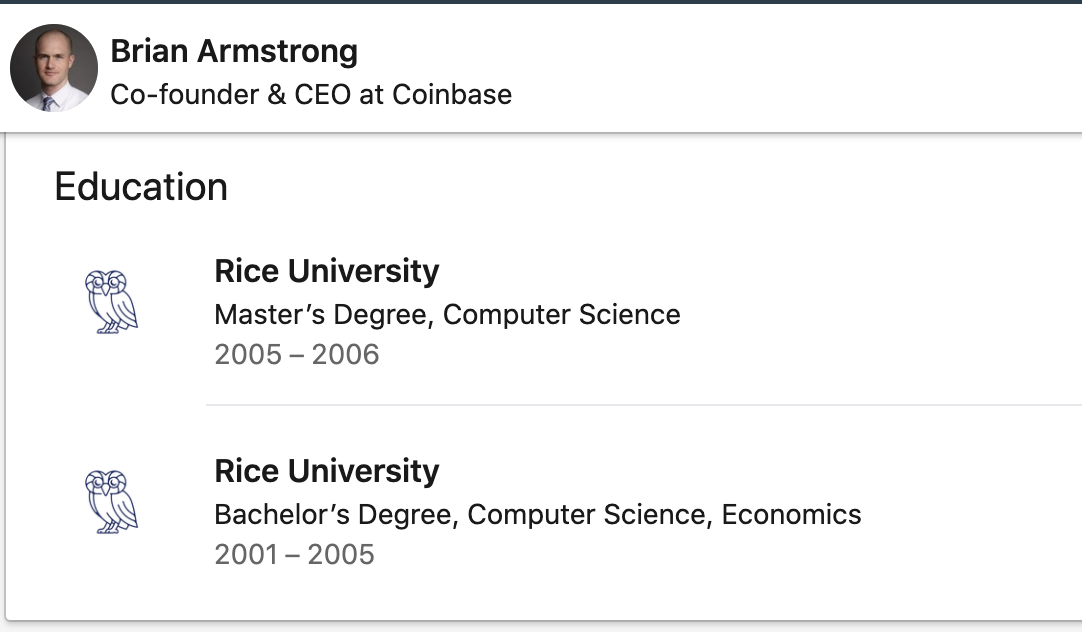 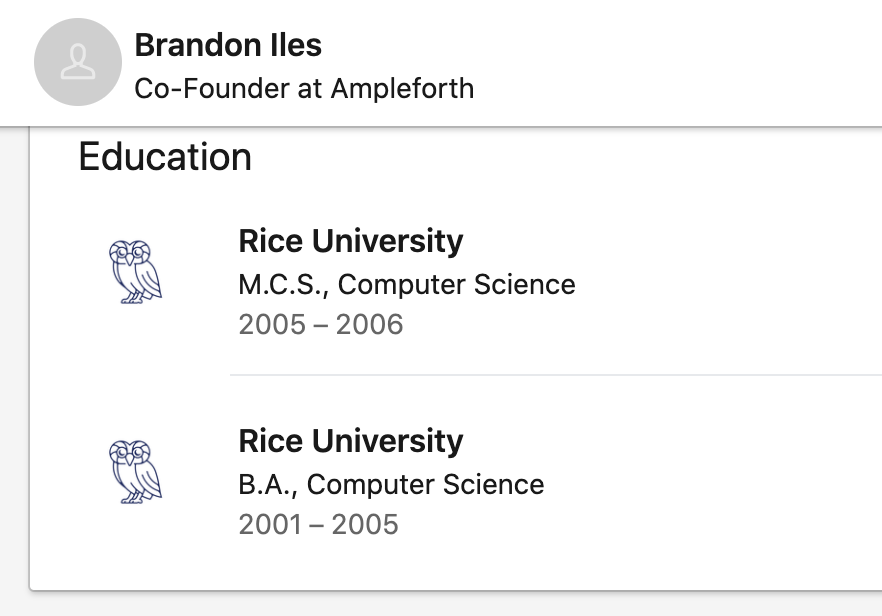 In fact, according to Crunchbase, Armstrong has only ever made two personal investments into cryptocurrency projects - DyDx and Ampleforth!

Something really must have got his juices flowing when Ampleforth was pitched to him by his friend. With the CEO of Coinbase taking an interest in this project - we can be confident it will be hitting the exchange at some point in the near future.