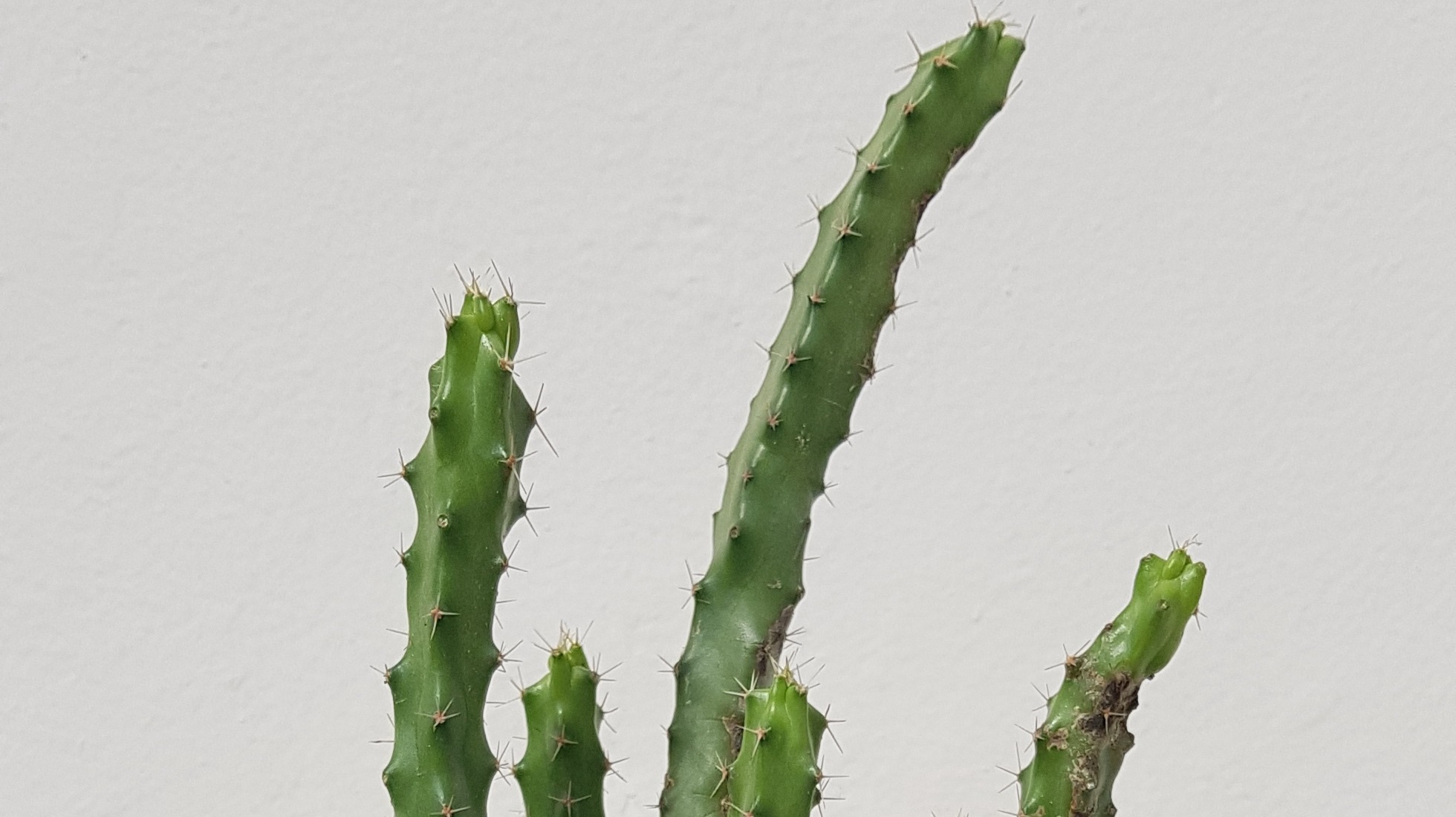 Characteristics:
Its a plant of a very well defined green color, of rapid and ramified growth. Usually has around 4 or 5 spines from where the spines grow. These tend to be composed of 3-5 radials with a central (and larger) one. It can present an erect growth but usually tends to be more of the creeping kind. The new stems sprout from the inferior part of the older ones, and they can reach a lenght of somewhere between 20-30cm with a 3-5cm diameter.

Cares:
It is pretty easy to care and grow. Tolerates a wide range of temperatures (from -10 to 35°C), giving that during the cold seasons the soils is completely dry. Prefers (and develops better) in hot weathers, receiving direct sunlight (preferably morning sun) but it can also grow pretty well in lighted places (with intermittent shadows, but under such circumstances it tends to not flower). During summer and spring the watering should be done twice a week (or even three times) always making sure that the soil is dry between watering. In winter it is advisable to not water at all. Soils must be of rapid drying to avoid root rot, which could eventually kill the plant.

Flowering:
Flowers are relatively big (7-8cm of diameter) of a violet color, with the centre showing (not always) a white toning. They usually appear during spring and stops blooming nearly late summer. It is said that in order for the flowers to grow, the plant should have large numbers of ramifications and should have not received watering during winter season.

I write about nutrition (my profession), cactus (my hobby) and cryptocurrency (my new passion).