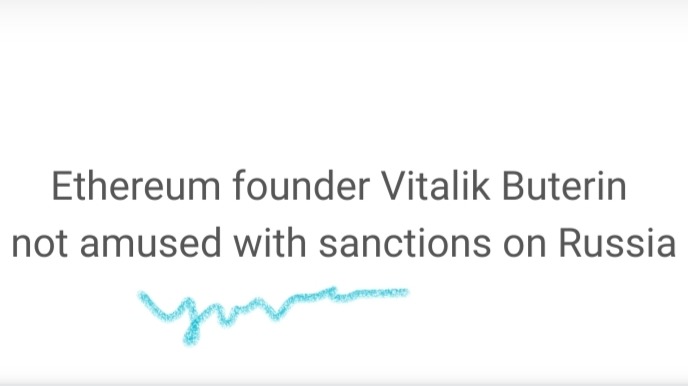 Ethereum founder Vitalik Buterin not amused with sanctions on Russia

Vitalik Buterin, the co-founder of Ethereum, has been speaking out against the rising sanctions on Russia, and his heart is finally coming to the fore.

Vitalik has criticised Putin's and the Russian military's conduct in Ukraine on numerous occasions. Vitalik has also contributed huge numbers of Ethereum worth millions of dollars to Ukraine's financial relief. However, he is now suffering from an overabundance of sanctions against common Russias.

Vitalik expressed his discontent with the Netherlands' recent cancellation of Russian visas, referring to his family, who had also immigrated from Russia 22 years earlier. 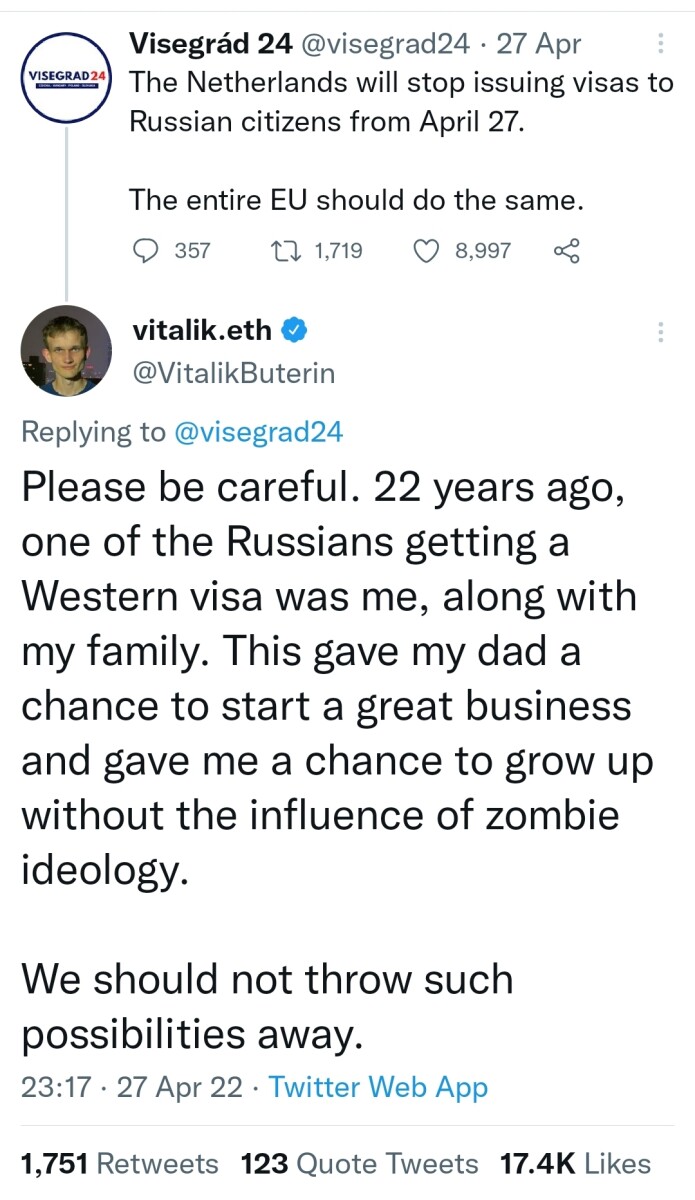 Supporters of Ukraine are now blaming Vitalik for the backlash. Because Vitalik has been on Ukraine's side from the start of the Russo-Ukraine war, the majority of his fans are Ukrainian, and he is no longer receiving support from his own side.

Vitalik was also hurt since he had to deal with his own followers. Vitalik is a human being who has felt horrible, and while he has stated that Ethereum is neutral, he is not neutral himself. Vitalik's dissatisfaction appears to be surfacing now.

When it comes to other people, Human is neutral, but not when it comes to the problem. Vitalik Buterin is a Russian at heart, thus his disagreement with the strategy of making international sanctions directly hitting Russian citizens is understandable; criticising him for not supporting the sanctions now would only harm him and drive him to switch sides.

For business based news, ideas, projects and money making opportunities.