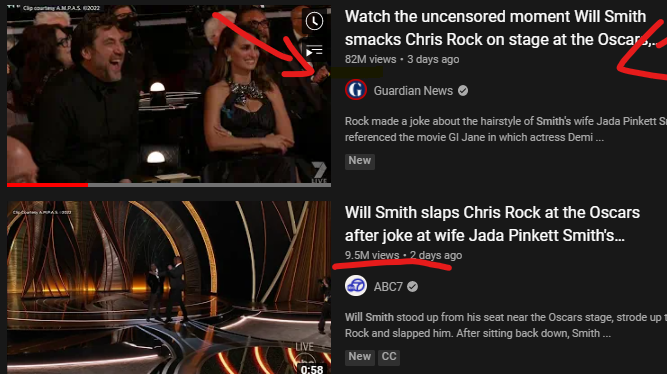 Will smith slap on Chris rock and Crypto coin Spikes.

The Most famous Slap heard around the world

Look at this point this is the biggest news on the planet, it overshadowed whatever is happening in Russia, I live in Asia, and I even see youtube trending on youtube, it's in the Chinese language, Every big YouTuber is talking about this. Even the next day I went to class and there was a discussion about it, In an Asian country, like What？ this is going to be here for life, this is going to haunt those guys forever. There are so many ramifications on this in many different areas,  the clip on the guardian as of writing is almost 90 million views. Woah! 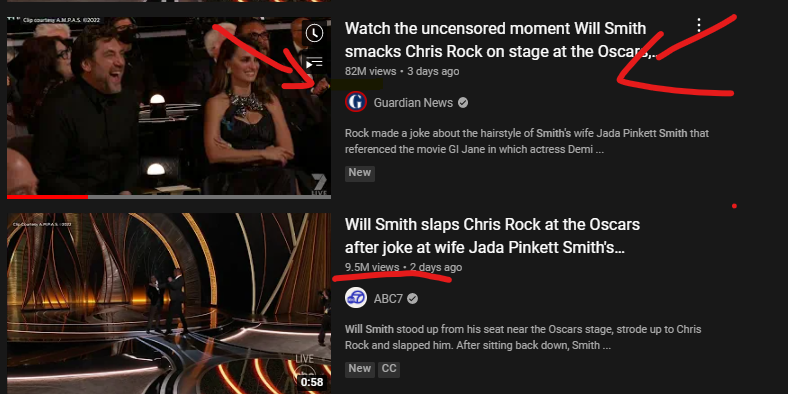 No one cared about the Oscars.

I didn't even know the Oscars happen until someone pointed this out to me. I am pretty sure most people didn't care about it either since this happen. Anyways now there is so much buzz. Makes me wonder was all this staged.

look at this in this way the benefits of this since it happened.

People cared about the Oscars again, there were so many eyes on it, I don't know how much but Twitter is blowing up. Chris rock just went on tour since that day and everyone is probably anticipating. the Oscars are blowing up, everyone talking about Will Smith, but also Someone is Making a lot of money.

Everyone will have meme coins.

A message came from someone I talk crypto < did you know "will smith Inu" is Up。 What " will smith inu". then he said it's up like 2000%, I don't know how many people reading this know about it but now you know.

Crazy the guy slaps someone and the coin is skyrocketing now. I don't know if he created the coins or has a huge stake in them. this is bad for crypto but good for influencers and anyone in general.  Crypto is still struggling to be taken seriously and now we have precedent for people to make coins in their name and do something outlandish to pump up their own coins. Just like influencers doing crazy things for attention, Now you can get rich from it. Below is a screenshot of the astronomical rise in the coin.

The peak of the coin after the slap went viral.

The current range of the coin.after all the hype died down.

What will happen next

Hmm . I probably create a meme coin and drive a car in the statue of liberty haha.

But seriously lookout for a lot more Meme Coins from celebrities.the crypto market is like the wild west now an everyone is trying to run away with huge stacks of cash.

my documentation of the road to wealth freedom