$ My answer to: How do you go about evenly distributing money in our world.
MyCryptoOutlook2022 BitYard Contest and Giveaway - $1,200 in ETH Prizes! >> JOIN FROM HERE << 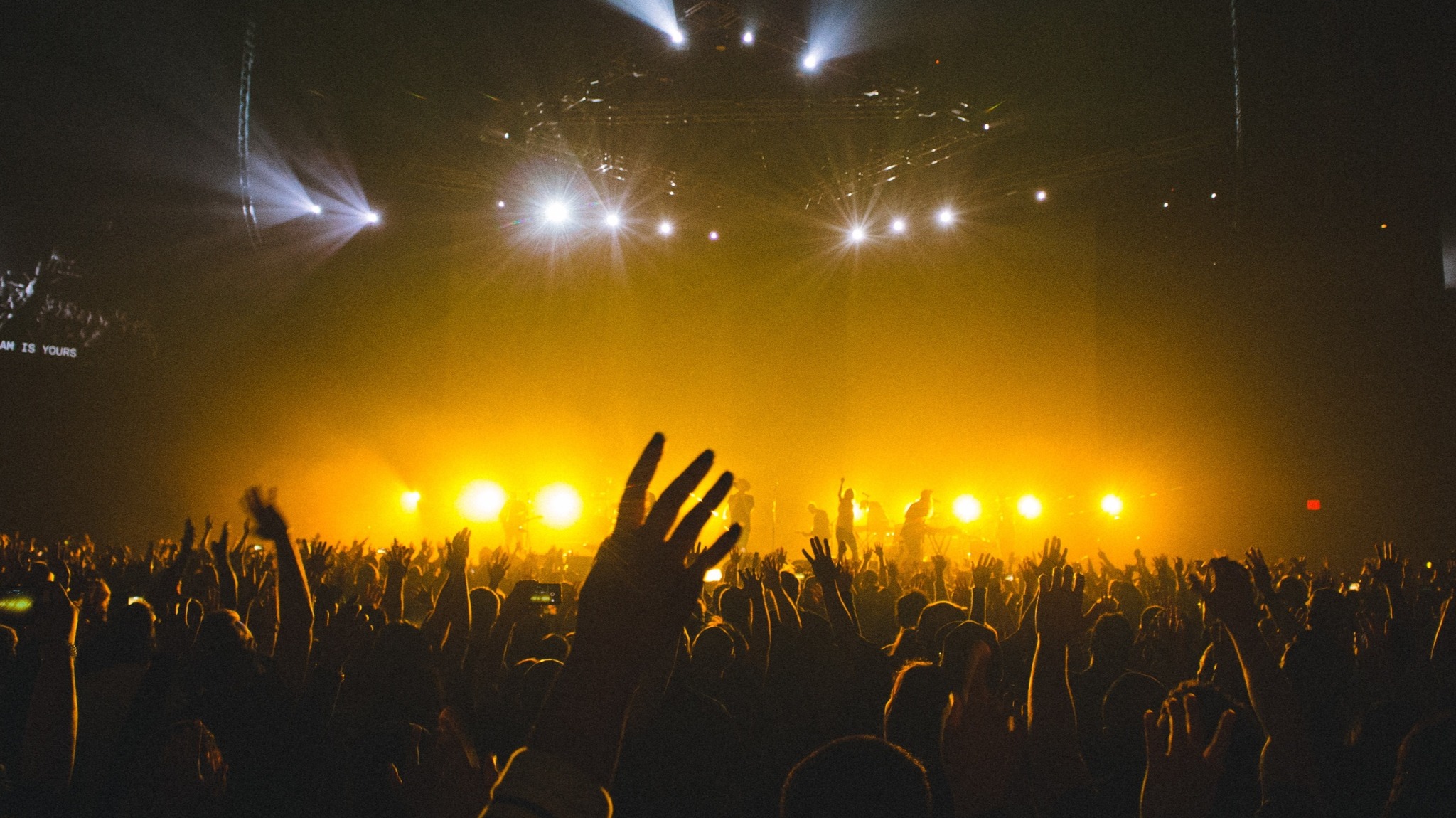 $ My answer to: How do you go about evenly distributing money in our world. 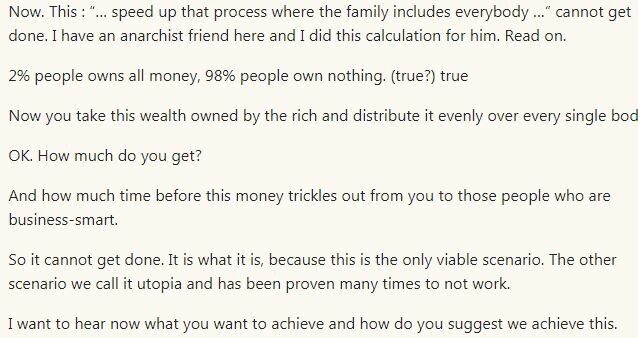 It’s not really a 0-1 type of a thing like you are describing it, it’s more like a process, question is what can we do to speed it up.

First I would approach it from a different angle.

Who accumulates wealth endlessly? what type of people? and why? And the answer is old, serious, sad, scared folks, who are bored, who have nothing better to do, who don’t know how to do better things or they think they can’t. So collecting things becomes their highest aspiration.

That’s the same type of people who play farming simulators and that’s exactly what those Family people are doing btw, they are playing a farming simulator in real life, on the world 😃 Well there was no computer games before so I guess it’s understandable;p

It’s just funny because people like to think “My life is soo important” “I have so many important things planned for my future” well, right now you are a pawn and somebody else is playing a game - just to show how ridiculous, inhumane and out of reality our current situation really is.

Back to the topic. What’s the other end of that spectrum? Young happy people who play together, who party, who share things.

The more connected, happier people are, the more evenly money is distributed. The moment people start to play together - they share things. Adventure, having a good time with your friends, groups of people with similar interests, becomes way more interesting and valuable than sitting in your house and collecting stuff.

So the problem at hand is society being divided as fuck. People are passing each other on the streets scared to start a conversation with a stranger. They are alone and miserable, so instead of playing with each other, they accumulate wealth “for future generations” or “just in case” not seeing that after some point it doesn’t improve their life experience, but they don’t know what to do, they got nothing better to do, so they may as well keep accumulating.

Did you ever watch a movie or read a book about people sitting in a house and accumulating money? That would be one hell of a boring story. Who would like life like that? So, you see, developed natural, easy, friendly human connection is like a baseline for living life, and then you don’t have money problems. We don’t have that yet.

So the short answer to your question is developing social skills, speaking skills, your character, things like that. Tools that connect people, tools that make living your life waaaay more appealing to you than watching netflix, and the money will follow. The faster we achieve that, the faster money will be distributed more evenly in society.

Human connection, that’s the name of the game. (There is a documentary about the people who run the world called “The Family” with a scene: Family guys come to some low-key oil country and the conversation goes like this:      - Jesus? - ahhh, Jesus!     , and the oil flows to the USA - that’s the level of communication amongst the people in these days, so I’m not that surprised that they are building such strong military just in case since they can’t even communicate with some regions)

And there is a TON that can be done in that direction. Especially now, when we have the internet. People are used to looking at world progress in an old fashion way, you know horse, car, maybe in a 50 years we can get there. They got no clue how much the internet really speeds everything up. First of all, additionally, they don’t understand how limited world we are living in right now really is, how suppressed our technology is, how much the Family is involved in killing progress, so unlocking that is another huge jump in our evolution.

Bottom line, the more resources we focus on developing those tools, the faster it will be done. And it’s not that hard to develop tools like that, it’s more about spreading understanding about what to do, what matters, what works, some guidelines. Aiming and managing human resources in the optimal direction, that’s the job. Software-wise I got an app idea or two. There is a lot that can be done there, and that's how you upgrade the world, that's how you speed up money distribution.

But since governments are working against inventions like that, remember Trump and Chinese governments on a hunt to ban TikTok? First, we gotta explain the situation, how the world works, what is going on. Clear the air between old serious ppl and young crazy ppl.

The deeper I understand this subject, the more it blows my mind what can be done on this planet. It’s crazy, it’s fucking insane. So motivation shouldn’t be a problem. People don’t understand what is possible, that’s all. They assume if we were to let’s say “demolish” the current world, and build a new one, your life would be like 2 times better, it’s actually more like a 20 and it’s a quite safe estimation. It can be done, and it’s all up to us.

I explain in a simple way how the world works. people / comedy / world / economy / solutions