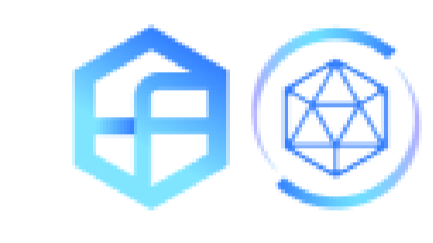 How to staking in FLETA and not die trying.

Staking is one of the newest forms, perhaps, of the new economic model that cryptocurrencies have brought and its annual growth is estimated to be double-digit for the next few years according to analysts. With the staging of the Proof of Stake as part of the solution to the scalability problem revealed by first-generation blockchain platforms such as Ethereum and Bitcoin, the amount of 'offers' in the market abounds to say a conservative term that has bet on this protocol or some derivation of the same original concept solving specific issues such as centralization and security.

Such is the case of the FLETA Blockchain platform, a company from South Korea that offers a solution to the controversial PoS and dPoS, without leaving aside, of course, the detractors of the PoW and its long-standing energy expenditure problem of discussions currently has with Bitcoin as the main reference.

This is how we find the Proof of Formulation (PoF) algorithm proposed under patent application number 62717695 in the United States by the company and that brings us some resulting developments such as rapid dissemination of the blocks and a group of observer nodes that validate transactions in real time, thus avoiding possible fork of the main chain.

While the PoF is not the scope of this post, it is important to understand it, to know what we are betting on our capital and how it is profitable compared to the rest of the other platforms that offer staking. Basically the Fleta mining group is made up of Formulators, which are the miners themselves for which at least a 200k FLETA token block and a group of observer nodes that validate the transactions are required.

Additionally, mining offers the ability for any individual or organization to be able to 'delegate' tokens (from 100 FLETA tokens) to the Formulators of the ecosystem. It is worth mentioning, that these Formulators can 'climb' category, based on their performance and of course amount of coins at stake, becoming Formulators, alpha, sigma and omega at the highest level.

The basic difference between these levels is the possibility of return on investment made by participants based on the efficiency increase up to 1.3 times more than the basic level for the Omega Formulator and a considerable cost decrease inversely proportional to the selected ranking.

Perhaps the most remarkable thing about the platform is that, in conjunction with its proposed algorithm, the multi-chain structure, it presents and a redesign of the block in conjunction with parallel sharding technology has allowed to reach maximum testnet levels of speeds of up to 20,000 transactions per second. On its recently launched main net just over a month ago, its stable speed level reaches 15,000 TPS.

Having already cleared the operation of the algorithm of the platform for its production of blocks and confirmation of transactions, now we have as a first step to obtain some coins and then 'bet' on their performance to obtain passive income.

The first step is to exchange some cryptos such as Bitcoin (BTC) or Ethereum (ETH) for FLETA tokens which at the time of writing according to CoinMarketCap.com quotes at the spot price of $ 0.011530 USD. The FLETA tokens can be purchased at the GDAC and DigiFinex exchanges.

Already with your tokens to your credit and according to the investment capacity willing to disburse, the next step is to send them to your Wallet Fleta, whether mobile or web version, in both cases the platform allows you to delegate your tokens or bring the rewards of becoming a Formulator .

It must be taken into account that in order to be a Formulator in addition to the amount of tokens to be blocked, the level by which it can be started is the Alpha and it is only possible to improve the upper two by complying with the regulations inherent to it as you can see in the previous graph. To do this you must register on this link.

To access the web version of FLETA wallet, you must enter the address https://wallet.fletamain.net/login and register.

Once entered, click on Wallet and locate your address to deposit your FLETA tokens in 'ERC-20 Deposit'. Send them from your exchange, which on average takes a couple of minutes to arrive at your destination.

Now with the tokens in your possession you should now go to the bottom menu of your screen and click on 'mining', in which you will see a window with two options: Formulator or Delegator. According to your case, click on the one that suits you and fill in the respective fields according to your selection: as the number locked up coins and bring rewards to my wallet as appropriate.

Finally, if you have delegated FLETA tokens and want to know the status of your locked currencies and their daily performance, you can check in 'Delegator' and you can visualize something like this.

Last but not least, if you want to delegate your tokens from the comfort of your smartphone, FLETA has launched its mobile version available from the Google Play Store for Android devices and is basically a replica in a good sense of the word of the portal Web.

For now, according to the official FLETA mining portal, the company has 320 Formulators and

As an additional fact, staking in FLETA reports an average of 8% return on investment, which is not bad for a platform that has just started operations and promises a place within its main market, such as decentralized applications focused on gaming, thanks to its high TPS.