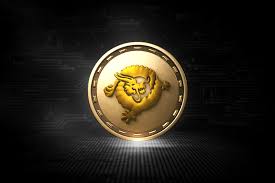 Bitcoin SV is the big winner of the top ten in the market.

Total market capitalization (CTM) has fallen below support and is now about to test the resistance. If a break does not occur at the upper end, Bitcoin will fall lower. 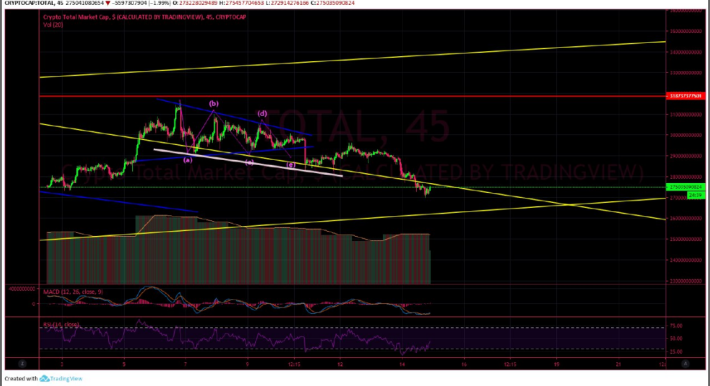 We have lost approximately 25 BILLION dollars of the CTM and if the resistance has not been broken, another 5 BILLION will leave the market returning to the next lowest support.

The positive side is that we have Tether and PAX printed and transferred to exchanges today. 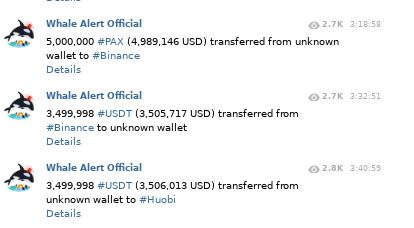 BTC DOMINANCE has fallen almost 2%, which has allowed ALTS to have room to breathe and the daily volume in BTC has remained fairly stable, which for me seems that we could continue with lateral movements for a while longer, provided that CMT stay.

Within the selective group of the ten most important cryptocurrencies, Bitcoin Satoshi Vision (BSV) is the big winner in the ranking alongside Tether's stable USDT, while the rest of the market still has red numbers. 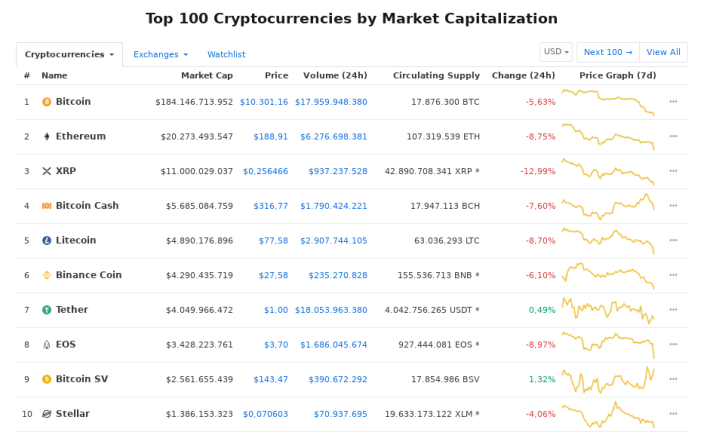 Bitcoin SV, the resulting fork of Bitcoin Cash is trading at a spot price of $ 143.37 USD with an advance of + 1.24% in the last 24 hours and a market capitalization of just over 2500 million dollars that keep it anchored to the ninth place in the general ranking.

In the short term, the BSV landscape is a bit daunting. The trend is down and the last candle has already revealed that the bears want to take control of the market by testing key support levels created by the triangular formation projected by minimums and maximums of the 1H BSV time frame. 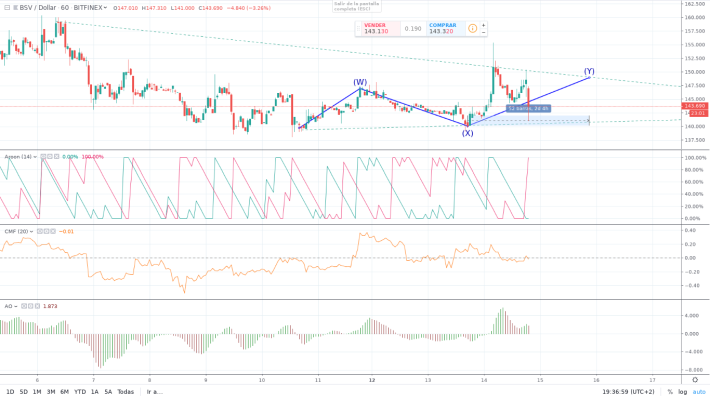 The impulse wave of Elliot has made a lateral movement between highs and lows very unstably in the last hours and we project a spot price for the next 48 hours if the picture is positive, of a maximum at the point Y @ $ 148,629.

Aaron indicates that the bears are taking control of the BSV market and that we can see a break below the projected triangular formation.

CMF tells us that capital flow from the BSV market has come out, so in the short term the outlook is totally bearish for this indicator.

Finally, Awesome Oscillator has begun to draw red candles in a still positive histogram, but with projection to a negative crossing, synonymous with the entry of bears to the market.

In relation to the time frame for 1D, BSV projects a descending triangle with a pair of lateral movements, creating lower and higher maximums. The key support point is at the limit of $ 107 and its resistance is at points B @ $ 239.45 and D @ $ 178.64. 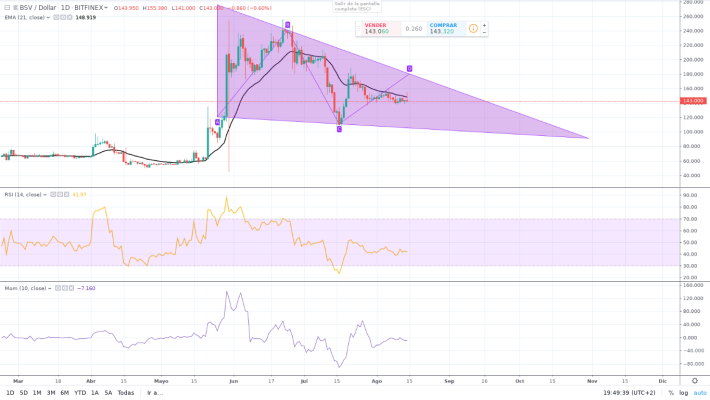 EMA 21 days tells us that it is the key resistance that BSV must test to be able to resurface in its price, at the level of $ 148.97.

RSI tells us that the sales pressure is 60-40 in relation to the purchase, the markets being dominated by the bearish fear that BSV seems unable to escape.

Momentum on the other hand has changed its pattern and slightly leans towards the negative zone, signal of execution of shorts in the orders of BSV.

In summary, the contraction of the market marked by Bitcoin has made a domino effect in the rest of the market and although BSV remained bullish, its pattern now seems to change in the short and medium term, after not being able to remain above the level of the $ 150.