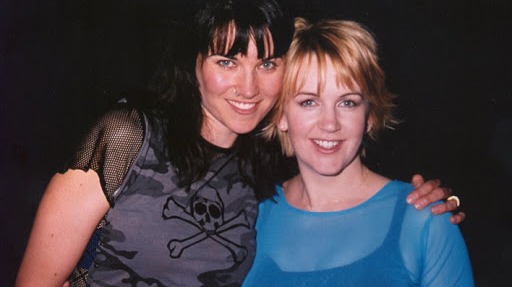 "Revelations from LL and ROC"

One night I had a dream,

That my spirit guides came to me,

And in that silly dream,

My reality they revealed to me.

They said they were Renee and Lucy.

Funny how it happened watching the TV,

For all was shown confusing, yet really plain to see.

She who began was Lucy,

Inquiring of my life to be.

She was very loving and caring of me,

Her savvy ear was worth millions for thee.

The hour has now passed for me,

Upon my silly TV,

And my loving guide Lucy,

Has left Renee with thee...

It all began with a birthday card,

Her parents had sent it, yet reading was hard,

Upside down...almond liqueur behind the bar.

Because of the spaghetti it read only Amaretto,

She chuckled for I had been shown,

Let the truth in my spirit be known.

Then she spoke of Arizona,

Maybe I'd had too much Corona,

For it was difficult to believe on my own,

Though she continued saying it has been the asthma...

In Arizona, she had been to the biosphere,

This illness had been my isolation for over a year,

But now that I am here,

She's urging that my time is near.

Renee invites me to a convention,

It will be in Florida for an audition,

Directors and producers will be there to listen,

In Jacksonville I'm not sure when.

For me she is excited,

Because I've been invited,

Yet I was undecided,

Then she was disappointed.

Renee inquired of where I had been,

I told of three parts serving to bartend,

So unanointed I have been,

Renee said I needed to give it up,

To go forward with my real stuff.

My ambitions and my dreams,

Had been more than merely schemes.

Her restaurant days were over,

She'd never go back for cover,

Would warrant what one deserves.

Then Lucy came back,

With the disk she did ask,

I hadn't revealed that task,

For I was embarrassed of their feedback.

But if my own Legacy,

Is truly to be,

Only read that one scroll to me,

For it is the only one completed you see.

And so it was agreed,

Lucy then suggested that we three,

Should all again meet,

Some time in the future to be.

For this I was delighted,

To be once again reunited,

With my loving spirit guides,

But then suddenly it ended, as they said good-bye.

Moments after their departure,

I was filled with my own laughter.

It seemed only a dream,

Within yet another dream...

But as I was leaving for work,

I ran into my good man Rich,

He was one of my co-workers,

Residing in my house, confirming me of my riches.

And so that is how it ended,

The dream within a dream,

And yet, within another dream...