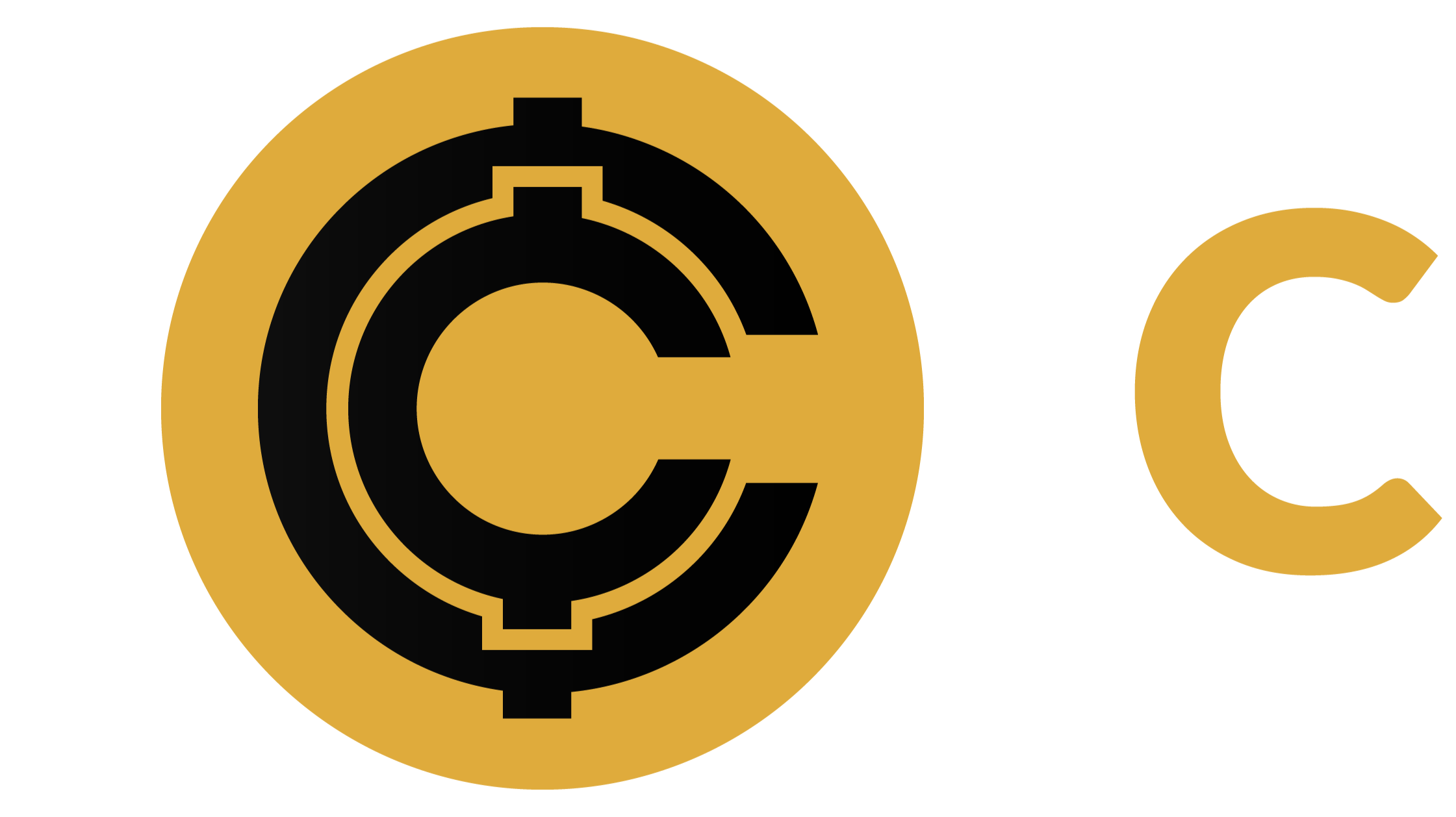 What is City Chain - City Coin?

City Chain is an open source project. Any use of the software and services provided by City Chain and Smart City Platform, is under your own risk and responsbility. Any investment in blockchain assets involves the risk of loss of part or all of your investment.

The Smart City Platform will host a number of software and services, that makes the crypto-currencies and blockchain-technologies available to everyone.

This is your entrance hub into the Smart City Platform. All software and services mentioned below, will be integrated into the portal.

City Hub will be accessible from any device, including iOS, Android, and desktop computers through the City Portal app and website.

New City Coins are produced through staking (PoS), which is something anyone who owns CITY can participate in.

Already under development, is a secure community app being built to allow anyone to contribute to communities in a secure, and private manner. If a user wants to stay entirely anonymous, that is possible. The app runs without any major infrastructure, no installations or servers required. All data is stored in the web browser and is never sent unencrypted over the network.

It is a fairly known fact that blockchain technology and crypto-currencies still are only accessible to individuals with basic technical skills. It is essential that crypto-currencies are made accessible and available to everyone, without any technical skills. A user with a smart phone, should easily be able to pickup the wallet-app and start transfering funds into their account, and payment for goods in stores should be instant and seamless.

Being able to perform transactions using NFC will be an important aspect of the wallet app for the City Coin, allowing users to quickly perform small-sum transactions without any confirmation other than physical access to a phone. The limits for NFC payments is controlled entirely by you, the user.

The City Coin is a Proof-of-Stake (PoS) crypto-coin, and a full-node desktop software will be available for Windows, Mac and Linux. The City Chain Foundation will be hosting a number of full-nodes to ensure network stability and safety.

While we will have our own wallet app to ensure great user experience, we are working with others to ensure that City Coin is widely adopted and supported by other wallet software.

City Hub supports different usage modes, and from launch will support both mobile and desktop.

You are the source of your identities, and how and what you identity as, is up to you. If you want to change your name that you are using for trades and interactions with anyone, that is available to you. You can choose to have a single identity, or multiple.

As you interact with others through the Smart City Platform, your identities will build up trust. Similar to how trust is important in a human society today, it will be even more important in the digital space going forward.

City Chain is planning to support the Decentralized Identifiers (DIDs) specification, including implementation of Universal Resolver, Universal Registrar and Identity Hubs. By implementing these open specifications, you can potentially use your identity on the City Chain, to authenticate across multiple desentralized blockchains and systems.

Integration with other blockchains are planned for the identity framework, including Keybase.io. We are planning to apply for a membership in the Decentralized Identity Foundation.

As you know already, having a user friendly and easy to use list of contact is very valuable in your daily life. On the Smart City Platform, your contacts will be stored encrypted and securely. They can be connected to identities that exists on the platform, enabling frictionless payments between you, and all your contacts. Simply search for an individual, and make a crypto-currency payment in seconds.

The merchant framework on the platform is a very important piece of the whole. The platform will enable existing merchants to improve their sales and customer experiences, but the platform will also enable just about anyone, to become a merchant that sells goods and services, both online and offline in the world.

Stability is often important for a merchant, so the framework will support the ability to receive payment in the currency of choice by the merchant. If you want to have a local fiat currency, you can do so. If you want a mix of currencies, that is possible too.

Integrations with existing webshop frameworks will be added, allowing merchants to easily integrate into the Smart City Platform, while continue to use existing software for online trading.

Merchant registry will be part of the merchant framework, and allow citizens to discover the merchants that are available in various cities. These have metadata registered informing citizens what services are provided, and how payments can be done. This enables you as a citizen, to pick providers that use modern technologies such as crypto-currencies, and which merchant that integrates into the Smart City Platform. This enables you to have a more detailed transaction history, than what you otherwise would have.

Humans often have a need to have their voice heard. Part of that, is the ability to vote on issues of concern. As either a citizen, or employee, we want to feel we have an impact on major decisions being made.

Part of the Smart City Platform, will be the voting framework, which will enable anyone to create voting polls, that will be both transparent, secure and anonymous (if needed). You as the user of this service, can set and configure how you want to a voting to be executed.

The voting framework will be used by the Liberstad Incubator Program (LIP), to allow investors to vote on suggested applications to the incubator program. It will also be used by the City Chain Foundation, allowing individuals who hold City Coins to vote on issues, suggestions and more.

There are already governments that have started using blockchain for property registrations, and what is important on the Smart City Platform, is for citizens to be able to see their properties and all the details that belongs to it.

As an owner of vehicles, you will be able to register your vehicles on the City Hub. Integration with either/or both the VINchain and carVertical will ensure that you, have access too all the relevant details and history of your vehicles.

Insurance is an important part of a modern society, helping individuals, families and business survive the unforseen.

There are existing established and under development, insurance-platforms on blockchain technologies. The Smart City Platform will be built with integrations into existing insurance blockchain platforms, allowing citizens and others to get insurance coverage easy and seamless. Etherisc and Insurepal are two potential platforms for insurance integration.

In life we have many different contracts that we have signed with others. This module on the Smart City Platform, gives you an overview of all your contracts that are enacted on blockchain-technologies. You can additionally upload and safely store copies of contracts that you scan.

This module also allows you to import the details of any token-based smart contracts you have purchased. In the first version support for Ethereum will be added, and other smart contract platforms might be supported in the future based on user demand.

Life in the city often involves subscriptions that have a recurring payment. This module on the Smart City Platform, gives you insight into all subscription contracts you have, either with the city services, or with any other merchant.

Most of the time today, we as citiziens don't know much about the services we subscribe to, what payment and service plans we subscribe to, and others details. Some services only supply some details through regular mail, while others have limited self-service ability through their websites. We need to login at every individuals service, with no easy overview and control.

The promise of the subscriptions module on the platform, is the ability to get better insight into your existing subscriptions, and improved visibility into possible subscriptions available in the city and beyond.

Examples on subscriptions you might have stored on the platform, includes waste services, water services, city-bicycle rental, city-car sharing and more.

Digitizing and verifying academic credentials will be part of the platform. This can be used as a foundation for corporations to validate employment candidates, and it can be used by private or public educators to give cryptographically verifiable certifications.

Third parties that the Smart City Platform will integrate with, is not necessarily associated partners with City Chain. For most third party integrations, we will rely on public available APIs. Listing of third party logos is not an endorsement.
Not all planned integrations are currently available, for example car VIN blockchains are currently ongoing ICOs. As the market matures, we will reconsider which integrations we will do.

January 2018
Decision made for blockchain to fork for City Chain. Development started.

Prototype for citizen identity, built into City Hub and used to perform tasks on the Smart City Platform.

Migration from Stratis to Blockcore.

Did you know that City Coin supports staking?

Staking (Proof-of-Stake) is a form of cryptocurrency mining, but does not require a lot of computing like Bitcoin (Proof-of-Work). You can run staking on your laptop if you want to.

With City Coin in your wallet, you can turn on staking to earn a passive income by participating in the network.

You will receive 20 City Coin for every block that you make. The more City Coin you stake, the higher chance you have of being the one staking the new block.

City Chain generates a new block every minute (~60 sec). This ensures that you don't have to wait long for block confirmation.

In comparison, Bitcoin generates a new block every 10 minutes.

The p2pb2b.io exchange has three trading pairs available for City Coin. You can trade with Bitcoin, Ethereum and USD.

From a fan of Stratis Platform to you