Welcome to my blog, my name's Adam, I'm a 47 year old single father to 3 kids (15,14,11). I'm embarking on this project as a way to maybe make sense of what's going on in my head, which is a very messy place so it could take awhile, and to hopefully show people that they are not alone, that all those confusing and hurtful emotions that rise up and make us feel useless or stupid aren't true. I'll start with an introduction and some history as to how I arrived at this point, middle aged single man who has no idea where his life is going lol.

Ok, so you know my name and age, you know I have 3 kids, they live with me full time, their mum very rarely sees them and offers no practical support. I'm it, like so many of you out there, it's all on me.

I've suffered from depression for as long as I can remember, I'm fairly certain it has it's roots in abandonment issues and abuse, I lived with my Grand parents while my siblings lived with our mother. I never really understood why that was the situation, I've spoken to mum and she says because she loved her grandparents so much she assumed I did to and was happy there. I guess no one ever told her I cried and screamed for her to come back whenever her visits came to an end and she went home, or about the beatings, sexual abuse and the time I spent locked in cupboards. God I spent a lot of years angry at her, it wasn't until my mid twenties I made peace with her. These days things are good between us, yes I love my mum....

Around 7 years ago my ex left us, the kids and myself, for alcohol and drugs, well I actually took the kids and fled. The violence and abuse was out of control. The kids and I lived in caravan parks for weeks, it was a horrible time, possibly the loneliest and most terrifying I've ever been through. There was zero support for men in my situation at that time. Even though I was the victim of DV and had three very small children in tow, because I was a man, there was absolutely zero help available. The best offer was a room in a boarding house for alcoholics and drug addicts. When i approached Centerlink for help the woman behind the counter flat out said "Mothers don't do that, they don't leave their children."

Unfortunately, yes they do.

Eventually things settled down, we found a little house, adjusted to our new lifestyle and carried on. The kids mum even started to come good, so good in fact they started staying with her almost as often as they stayed with me. I'm a firm believer in children needing both parents in their lives, regardless of how I felt about her, or what she had done in the past, I wanted my kids to grow up with their mum in their lives as much as possible. I thought I was doing the right thing, turns out I was very wrong, for reasons I'll explain in a future post.

Of course, I was still in a really deep depression. I was working so much I had no idea what day it was. In the evenings, on the days when I had no kids, I could quite often be found hiding at the bottom of a bottle.

I didn't even realise I was depressed, I was functioning and from the outside I guess everything looked o.k. The kids were happy, well fed and attending school, there was no need for anyone to check on dad, he was doing a fantastic job!

Yes i was certainly looking after the kids and no matter what was eating me on the inside I never let it show on the outside. Keeping the kids safe and happy was my reason for living, they had been through enough and Dad having a nervous breakdown wasn't an option.

Eventually I decided that being a good parent wasn't just about looking after the kids, if I wasn't in a good place then chances are the kids weren't either, or wouldn't be for very long. I was sleeping on the couch, it had been a year since i could stand being in a bed. Nightmares were always about her, every night she left me, every night she was unreachable, every night the came again, . I truly understand what it is to be haunted.

Where would my kids end up if I did have a breakdown and found myself in hospital? So I went to the Doctors and let it all out. My Doctor's a great guy, we gave up smoking at the same time, he really listens to me and never judges. He told me I could tackle the problem with drugs, or I could try exercise. I'd heard that exercise could be really beneficial for people like myself so I decided to try that path. When i got home I went out into the yard, picked up half an old brick and did some arm curls. The journey had begun.

That's it for my first blog people, like I said I'm going to be completely honest with you about everything and will happily answer any relevant questions.

My own story, as I live it. How I deal with depression while raising 3 kids alone, my adventure trying to make it big with crypto and my love for exercise all rolled into one blog :) 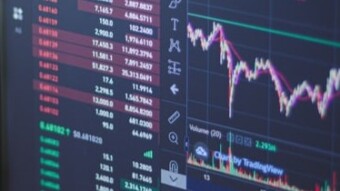