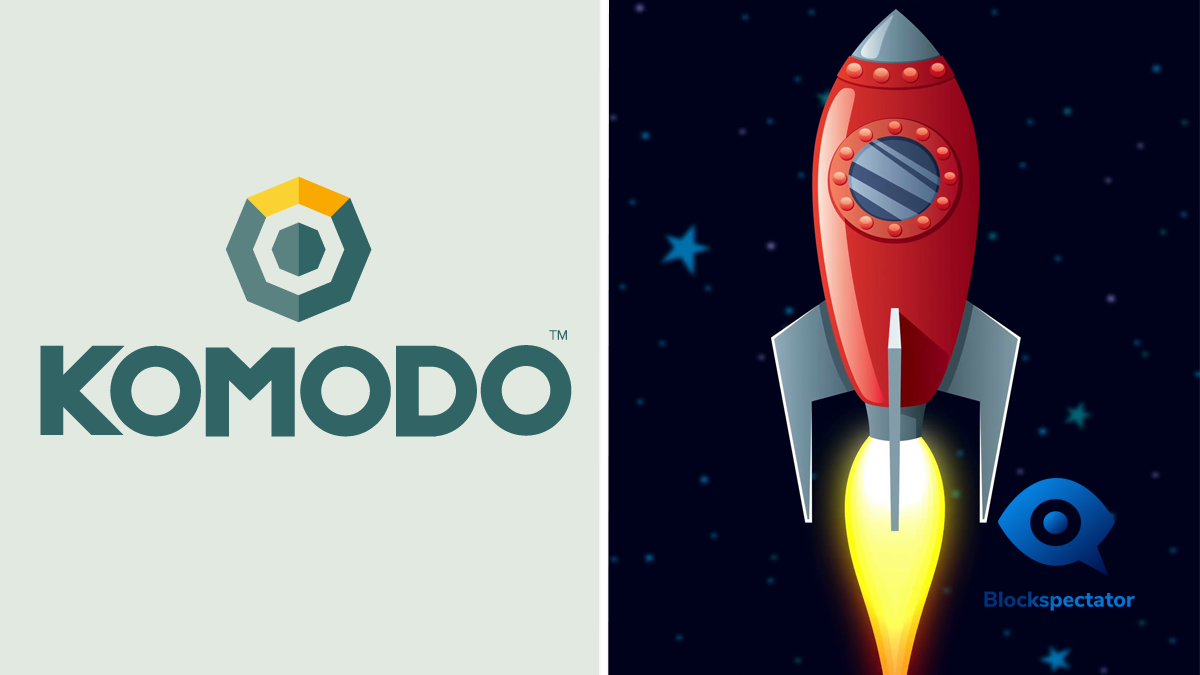 Komodo Discreetly Surges 40% In The Past Week. Why?

Every week, some tokens discreetly gain more than 10% in value. These tokens go unnoticed as the crypto community focuses on popular coins. Some great opportunities are usually missed out because some of these coins are not identified in good time.

The previous week saw another rise that flew under the radar of many traders. Komodo (KMD), an end-to-end blockchain technology solution provider, saw its value increase almost 40% before its price readjusted. The rise is likely as a result of new services implemented by the company as they recently launched their mobile application to increase platform efficiency.

Komodo Price Moves Under The Radar

Apart from hacking its platform and pulling a ‘reverse pickpocket’ on its client, Komodo hardly hits the headlines in the crypto community. However, the platform is making moves in silence.

Despite its little-known existence beyond the crypto community, Komodo is traded in some of the most popular platforms globally such as Binance. It’s listing on the platform is an indicator of the importance of its use case.

Komodo’s use case is essential, especially in a world where blockchain use is increasing daily. Komodo offers interoperability between different blockchains to facilitate private, decentralized transactions. With Komodo, different trading blockchains such as BTC and ETH becomes seamless.

Its use case has kept its value above the $1 mark, which is a great feat when compared to other cryptocurrencies, which fall way below the 1$ price point. With the value, Komodo holds, it’s a mystery how it flies under the radar. 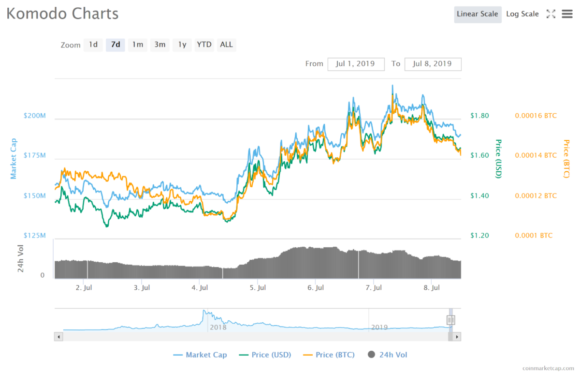 Komodo’s token price had a very strong move over the past seven days | Source: CoinMarketCap

In just under one week, Komodo was able to improve by almost 40%, from slightly below $1.40 at the beginning of the past week to a weekly high of $1.92 before its price readjusted. A 40% increase is an excellent indicator of a performing coin.

Komodo’s performance can only be linked to the recent steps the platform took to diversify and improve their services. After Komodo announced its Android app, atomicDEX, the market became excited. However, that was not reflected on Komodo’s price as much.

According to Decrypt, atomicDEX entered public beta testing on the week ending 6 July which was met with much positivity that reflected on the value of Komodo. The possibilities that can be accomplished through Komodo are endless, especially now that it’s Android application is in beta testing. Its success will only solidify Komodo’s relevance in the market as an industry revolutionary.

The fanfare around atomicDEX is warranted. AtomicDEX brings the power of cryptocurrency trading directly to your smartphone. Users with the AtomicDEX app can trade/swap cryptocurrency with other traders within the Komodo platform.

What is even more exciting is that the exchange takes place without any third-party, which reduces any frictional costs that may be incurred during the trade.

Komodo is working to cement its place in the blockchain industry. It already boasts a blockchain builder service that allows its users to build their blockchain platforms hosted by Amazon Web Services (AWS). Komodo is not stopping here as it is lining up more services and features for an assured place in the digital future.

As reported by Decrypt, 15 July will see the platform rebranded, a 10-month plan that is finally coming into fruition. The rebranding will likely know the platform target potential users within and beyond the crypto community.

Komodo is on the right track to better service delivery; all it needs to do is perfect its execution.