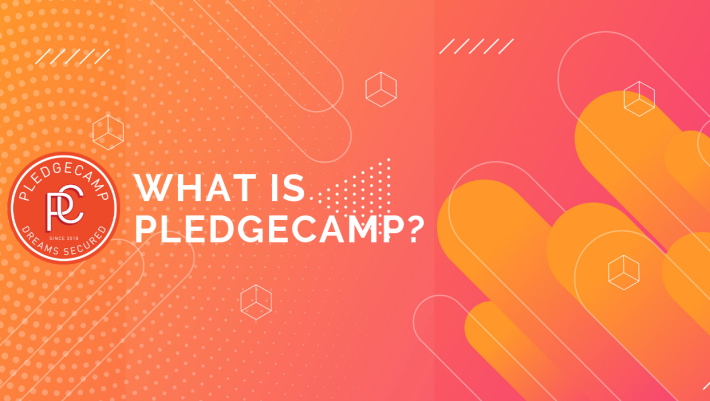 Crowdfunding is a billion-dollar industry. Entrepreneurs from around the world can reach out to their target audience online and gain enough funding to kickstart their project. No longer will do they have to be hampered by the restraints of traditional funding. According to startups.com, the projected total crowdfunding raised by 2025 is a staggering $300 billion. While these are some pretty impressive figures, the sad fact is that crowdfunding, as we know it today, is broken, and in desperate need for change.

Pledgecamp is a crowdfunding platform that incorporates blockchain technology for security and accountability. They aim to utilize smart contracts to bring positive disruption into the space. Before we take a deeper look at Pledgecamp, let’s acquaint ourselves with the issues plaguing the crowdfunding ecosystem.

Crowdfunding has a trust problem

For crowdfunding to succeed in the long term, a decentralized approach is required, which promotes transparency and incentivizes its components to collaborate positively. Pledgecamp aims to leverage the blockchain technology to fix these issues in the space. Using the blockchain allows you to create smart contracts. Smart contracts are self-executing, automated agreements between two parties, which will enable them to:

What is Backer Insurance?

Pledgecamp allows backers to enter into a smart contract with the creator. The backers will then contribute their funds, a percentage of which is held in escrow within the contract. These locked-up funds are called “Backer Insurance Funds.”

Their demo product shows how this system will look like on the platform. So, what we have here is a hypothetical product called “The Egg Cooker of the Future.”

When you click on the project, you will see the following:

So, this product has a 38% backer protection. If this project doesn’t meet its milestones, then 38% of the fees will be refunded to the backers.

On scrolling further down, you can see that this hypothetical project has completed both of its milestones.

Platform Security and getting the community involved

Along with Backer Insurance, Pledgecamp’s other big aim was to build an organic and cohesive community. Not only will the community be willing to share its knowledge, but they will also be incentivized to take care of the platform’s security and credibility. Pledgecamp calls their community a “smart crowd.” This is how they are planning to leverage and incentivize their smart crowd:

By making the community as involved with the projects as possible, Pledgecamp aims to create a community which will organically help each other to grow.

The backers and advisors of PledgeCamp

With a project as ambitious as Pledgecamp’s, it is vital that they have a group of credible and accomplished mentors advising them. Let’s take a look at the advisors that they have managed to bring in:

Along with such advisors, PledgeCamp also has the following sponsors:

Pledgecamp has a promising concept which is looking to solve a game-breaking problem in a multi-billion dollar industry. Looking at the king of advisors and sponsors that they have attracted, it seems pretty evident that the project has promise and can potentially become one of the major players in a decentralized future.