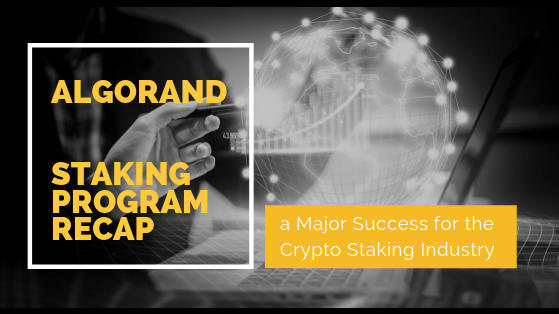 As part of an initiative to support ongoing developments, the Algorand Foundation announced a Staking Program back in 6th Aug. 2019, with the intent to reward the community with 200 million Algos.  The staking program was meant to bring additional opportunities and reward those who share their vision for the long-term success of the Algorand network and its technology.

The recent outcome of the Staking program suggests that Algorand has gained the attention of the Crypto community, as the project managed to graciously meet one of its milestones, marking the end of the anticipated staking program – making it of the most hyped project in the space right now, as the Algos is looked upon as long-term investment amongst investors

Staking isn’t technically a new concept in the industry, as there are a handful of POS Cryptocurrencies that allow network participants to earn a passive income by simply holding a token. The whole idea behind Staking or baking dividends are akin to interest in the regular world. By essentially holding tokens and putting them up for stake, new blocks get minted. The more an individual stakes, the greater the return and the higher the odds of finding a block.

What makes Algorand unique is the sheer fact that the project has introduced a new form of protocol, dubbed ‘’PPoS’’. Similar to POS, which turns a consensus mechanism completely virtual. By introducing a new protocol, the Cryptospace is experiencing a technology trigger that has attracted the attention of developers and enthusiasts. By bringing something new to the table, the mission is clear by getting people to look around to see what might be the next game-changing cryptocurrency, but more importantly,  one that does not have the same levels of volatility as Bitcoin. The grand vision behind Algorand is to create a borderless economy using the world’s first Pure-Proof of Stake Cryptocurrency that is designed to improve blockchain’s consensus and address issues surrounding scaling.

With the Algorand Staking program being a hit after 200M ALGOS tokens are being staked via the program that officially ended on August 31st, 2019. Only those that have participated in the Algorand program are entitled to be rewarded Algos that have been allocated specifically for the program.

Based on the calculation, those who partake in the staking program will earn a return of more than 100% over the following 2 years. These individuals have vested-interested in staking their Algo by holding the token in order to receive their fair share over the course of four 6-month periods. This means that every 6 months, 50M algos will be distributed on a stake weight basis to participants who continue to stake their Algos – keep in mind that investors can always opt. out if participants are no longer interested in staking. 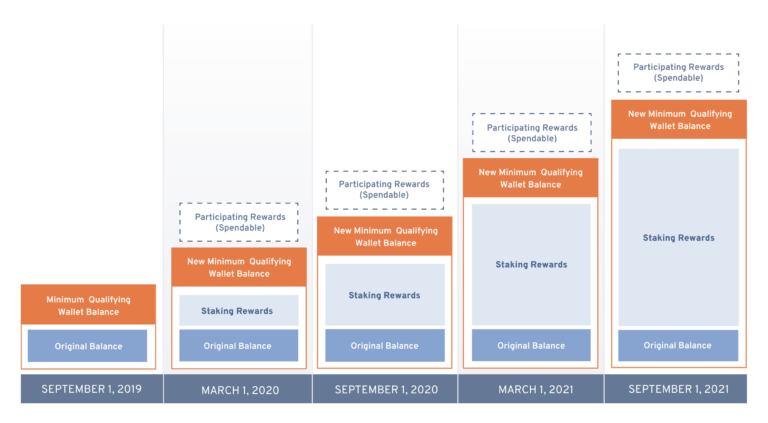 As for those that stay committed, stand the chance of benefiting from a higher return rate that is subject to an increase if some users choose to voluntarily disqualify themselves by dropping out of the program. The remaining Algos will be distributed among investors willing to hold Algos over the coming months, whereas disqualified users would have received funds are returned to the reward pool to be re-distributed to the remaining eligible users. 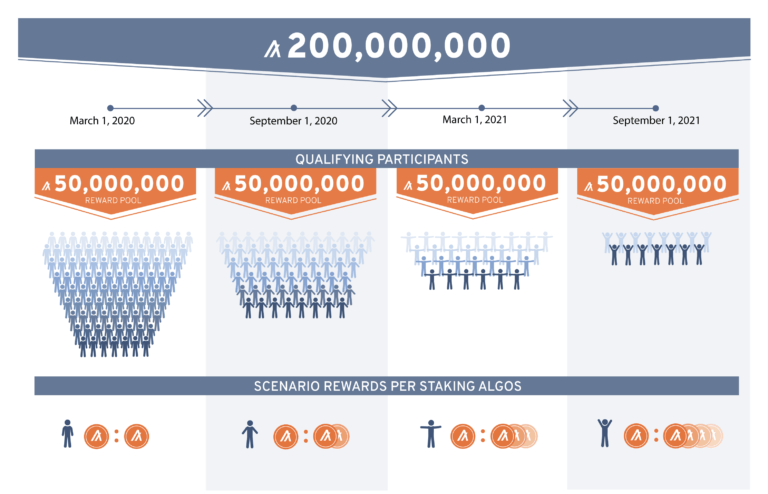 Even Binance decided to support Algorand by listing it earlier in July this year. As of 27 July, Binance began taking daily snapshots of user ALGO balances at 00:00 AM UTC and is distributing staking dividends based on a user’s Algos Binance holding. Dividends will be accrued on a daily basis and issued on a monthly basis. Those that acquire Algos, will be entitled to hassle-free staking rewards on the Binance Exchange, indicating that there is plenty of demand for holding Algos in the long-run with World’s most popular Exchange joining the bandwagon by offering staking services for Algo

Moving forward, Alogrand will aim to fulfill its roadmap with the end goal of bootstrapping its ecosystem with the introduction of dApps, Atomic Swaps and much more lined up in the coming months. For now, Algorand continues to gain more traction by attracting renowned investors like NEO blockchain’s NGC Ventures, TechCrunch founder’s Arrington XRP Capital and tzero investor 11-11 Ventures, among others. Despite Algorand being a new player in the space, it’s already ranking above several top Cryptocurrencies, making it a relatively young blockchain company that aims to create a truly democratic and efficient public ledger, thus looking to earn itself a spot amongst the top 10 crypto companies by market capitalization.