How to earn in KIngdom Karnage(P2E+F2P)

KIngdom of Karnage is a tactical turn based card game with heavy involvement of tactics and strategy (still in beta). Playable on browser steam and android(no IOS yet) 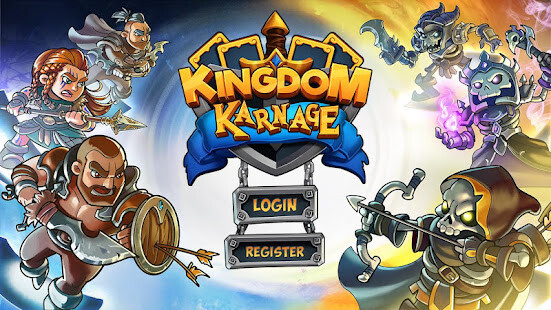 1. You need to go to the website of Kingdom Karnage and sign up their then you can start playing with your respective device.

2. Since the game is based on Enjin's network jumpnet you need to download the wallet and link your account to it, if you ever want to withdraw any of your cards from the game to make a sale.

3. Once you joined the game you will be encouraged to finish the campaign. It is highly recommended to at least finish up to lvl20 Human campaign before trying anything else.

This is the bigger question to which most people seeks answer to. Well unlike many other Play2Earn games Kingdom Karnage doesn't ask you to put up any kind of payment upfront to start earning. Earning in the form of cards which you earn via dungeons and the pvp rewards (bound cards are non tradable). Profit can be earned by selling these cards at marketplace, keep in mind that the rarer and higher level cards have higher market value. 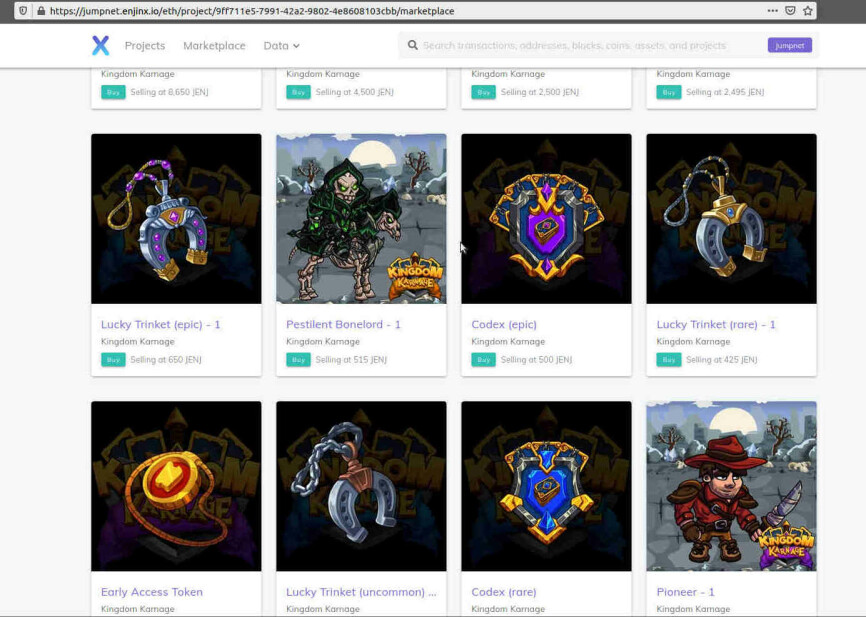 To earn in the game to clear out dungeons or to attain higher ranks in PvP for which you need decent level of cards(your working capital). Which is provided to you by the game once you clear out your campaign and their are special campaign clearance rewards which are given to users once they clear out (lvl 15,20,25) but you have to ask for them in the discord channel or telegram group, don't shy around in asking they are every bit worth it.

Since these cards are provided to you by the game without much effort they cannot be sold or upgraded, but they are strong enough to let to you clear out the dungeons and to get a yourself a decent rank in PvP. So you grind up and earn card in dungeon and pvp.

How to withdraw cards and sell

1. If you have linked your wallet to the kk account you can go onto the site and withdraw cards it might take a few moments for them to show up in your wallet.

2. Go to your assets in your wallet select the card you want to sell. 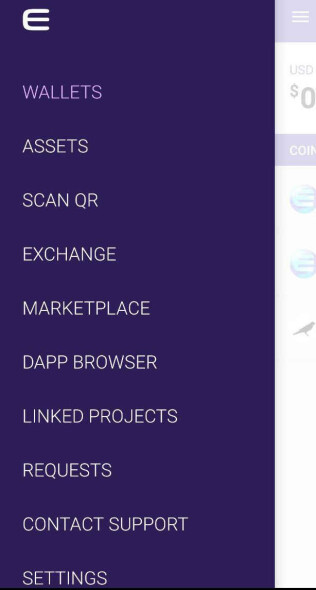 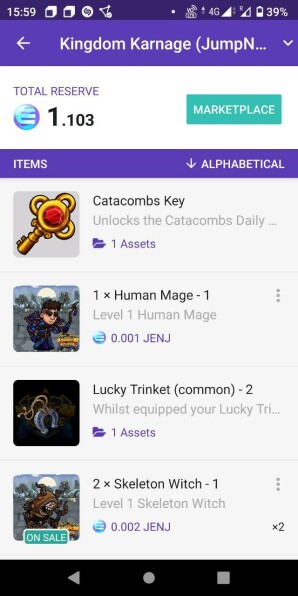 3. List assets that you want to sell(if you do not have the jenj to list your cards you melt one common card first to gain the required jenj) but keep it in mind you have to keep the current market price of the cards in your mind while listing them and in my opinion it is not in players best interest to sell their early on cards they could add up to give you a stronger deck. 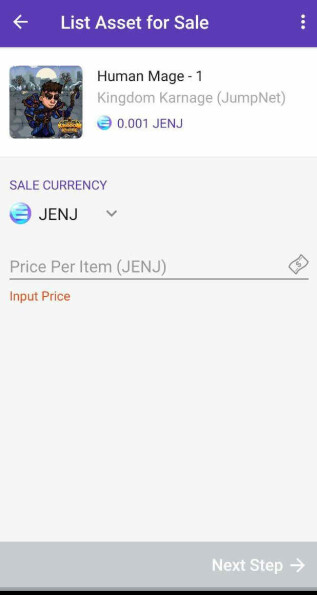 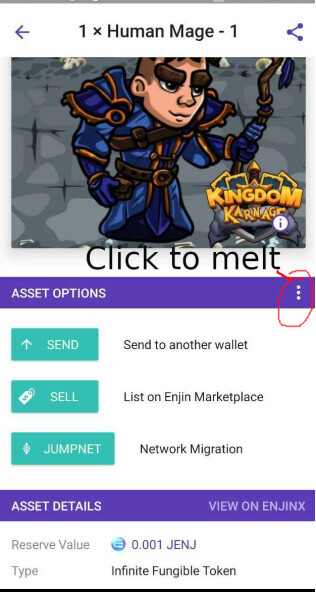 4. And their you have listed your card for sales, you can unlist them to adjust your price. But for a fresh listing you are supposed to pay the transfer cost.

Rarer cards have higher value due to their limited numbers, like their are only three of Pestilent Bonelord (legendary) minted so far so one is listed at the price of around 500 jenj(about 700$). There are 5 character rarities; common, uncommon, rare, epic, legendary and each character has 10 levels. So higher rarities higher level equals to better rewards. To attain better card and levels one should focus on-

1. Finishing human campaigns as soon as possible, this will give you understanding of the game and abilities and cards to clear out dungeons.

2. Once you finished human campaign you should have 30 cards so make your deck and start taking part in pvp you should play 5 PvP a day cause that will give you get two blue gems for doing first 5 pvp, it doesn't matter whether you win or loose. You can use those blue gems to buy cards. Ask for free packs at the telegram or discord

3. Keeping higher pvp ranks for weekly prize players who have 2000+ pvp rank point gets two rare cards, you can see 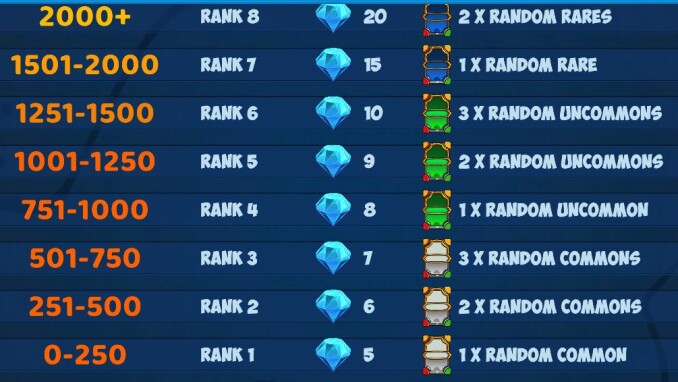 4. The other important part to earn is to clear out dungeons the higher level you cleared, better will be your rewards.

5. Now it is upon you to decide what you want to do with your won cards, they can be a added to your deck so that you can clear higher level dungeons and gain better pvp ranks thus better rewards or you can sell them at the marketplace or gain rewards. But do keep in mind game is still in beta and

you might get better rewards for them in future.

6. If you want to sell them you should go and withdraw them to your wallet from games site and then you can sell it from your wallet. if you don't have the required amount of jenj melt a common card first and then list for the sale

If you are willing to pay

Some early on push -  You might use this approach to get a better head start by buying beginner bundle(usually told to be best value) at the shop or some other bundles as per your choice but bundles will give you random cards if you like you can buy up at the jumpnet marketplace  cards of your choice.

As buyer of highly rare items - As i said that the rarer item are usually better in price, if you join the group telegram you will often hear the games dev saying rare is truly rare here and my one month activity had told me that it is absolutely true about the game. So you can buy these items now and sell them later when popularity surges. 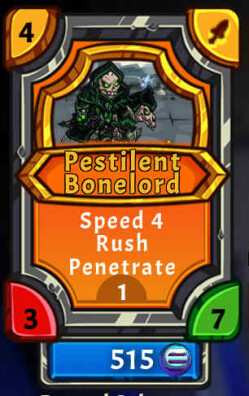 Limited items - This will be the last advice that i can give you buy in some rarely items that are out of supply their are few things like dynamic cards and accessories which are not just rare but limited in supply and already sold out would not be made any further now can only be bought from other players at jumpnet market place, best one in my opinion are the trinkets(legendary or epic), Pioner card as they give you exclusive monthly rewards,  Mistress of Nightmares due to her insane in game ability and limited supply, Catacomb keys as they provide excess to the top most dungeon drops area and chances of multiverse drops are also present and the higher tiers catacombs would be multiplayer so you can sell out the other two entry spots to other player, if you are not playing you can always lease it out to other players.

Their are only 1000 of these limited edition item and their will never be any more of them so holding them seems to be a nice option. Although they are sold out at shop you can always buy them at the marketplace from other players. New race of Lycans is to be launched in near future, so their would be a dynamic card in shop so keep an eye out for that.

*Pro tip stay active in discord or telegram announcements group as they are mode of information sharing at the moment. Or you might miss out on the giveaways.

In my personal opinion the game has nice scope in future but you should and as do over 3000+ active users which played it last month, but you should always try it out for yourself.

Disclaimer - This is not a financial advise , I am in no manner qualified to give you any do your own research. This is just my personal opinion about the game, I believe it will moon but it might not

I am abhi became a crypto enthusiast after Tesla decided to accept BTC for payment, so I enter the whole game at possibly one of the worst times, of this year but fingers are crossed. I am here mostly to learn, but if possible would share some knowledge.

They say cryptocurrency is a game. If it is, it's biggest and oldest player bitcoin at this time of writing had market cap above 600,000,000,000 that is over 600 billion if zeroes seems to big and all time high it was almost dobule this figure that makes it a little above 1trillion. Yes it one of the few entities that managed to get that kind of net worth but keep in mind it is the youngest one also while half of the world thinking it is a scam cheat anything but stable. So yeah the game is blockchain