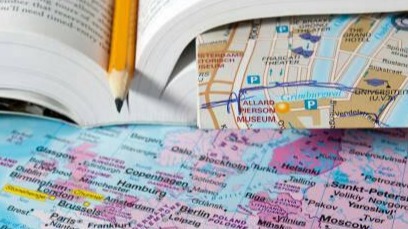 The bitcoin lightning network (LN) made significant developments throughout 2019, some of which include but not limited to:

So what about 2020? Is the bitcoin lightning network moving forward or backward? Or is it death completely? Well, in this article, we’ll take a look at major lightning-related events from the beginning of the year and the challenges that Lightning developers have had to overcome.

We are going to discuss these events in two time frames: the first and the second quarters of 2020.

At the beginning of 2020, River Financial, a San Francisco based company announced the integration of LN into its platform. The integration enables customers to deposit and make withdrawals directly from the platform’s wallet

Unlike other companies that aim to serve a majority of the crypto-community, River Financial is adopting a bitcoin centric approach by capitalizing on lighting technology to serve only bitcoiners.

-Continuous experimentation with the Lightning torch.

Another significant event In the LN community was the Lightning torch that continued to move around the world. The torch, which started one year after the launch of the lightning network was able to reach 40 countries just within 4 days. For those unfamiliar with the concept of the lighting torch, it is basically a movement that aims to educate and showcase the usefulness of bitcoin’s off-chain scaling solutions and was initiated by Hodlonaut, an anonymous bitcoiner on twitter. The Lightning torch works like this: the same bitcoin is passed from one user to another, and each time it does, a few satoshis are added by the new recipient before sending it to the next person.

Earlier this year, the LN community also saw the launch of encrypted messaging systems, sphynx and whatsat, on the lightning network. The developers of these systems want to establish a censorship-resistant and permissionless means of communication that guarantees complete privacy.

An innovative developer succeeded to integrate the lighting network into his “Sheep Tangle”, which is an automated sheep-feeding donation system. Sheep tangle started back in 2018 as an inventive method to accept crypto donations. While bitcoin and other major cryptocurrencies had been integrated into the “Tangle”, it was still void of lighting network support. It was until 2020 that a lightning wallet was finally integrated into the system and the impact was immediately felt, as the number of LN-enabled donations went up swiftly.

Within the second quarter of 2020, a group of researchers from two universities - Norway and Luxembourg, identified an attack vector (vulnerability) in the Lightning protocol. According to the researchers, attackers could use the vulnerability to deanonymize transactions sent across the Lightning network within seconds. Additionally, the hack could cost very little (like fractions of a cent), making it very appealing to cybercriminals.

A few weeks after the group of researchers reported about the LN vulnerability, Matt Corallo, co-founder of Blockstream spotted another potential weakness in the protocol. The issue relates specifically to how users reclaim funds that are held within Hash Time-Locked Contracts. However, Matt was quick to point out that it wasn’t a very important issue because it lends very little profitability to attackers.

Fortunately for the lighting network, these problems are being identified by genuine developers so that necessary precautions are taken to protect the network. This also shows that LN developers have to work hard to create a secure protocol to foster the mass adoption of bitcoin.

Vulnerabilities aside - There were also a couple of remarkable events that took place in the second quarter of 2020 such as:

-The integration of LN into Future.Travel.

After learning about the low transaction fees and processing time of the Bitcoin lightning network, Future.Travel, thought it was time it integrated the off-chain scaling protocol into its platform. This would allow for direct bitcoin payment via LN. The company utilizes a system similar to that of square crypto where bitcoin payments are converted automatically to fiat; thus helping to avoid the uncertainty brought about by cryptocurrency volatility. Future.Travel is a renowned Asian travel agency based in Vietnam with an interest in fostering blockchain adoption.

Chess.com, the most frequently visited website in the world for board games, got lightning integration. The incorporation was achieved by integrating chess.com to QuickcoinBet, which had already been in support of the lightning network with its intuitive user interface. This helps to expose the millions of chess.com users to the new financial system.

A local firm in Africa, Blockspace Technologies Africa.Inc invented a Lightning-enabled bitcoin node system that uses solar energy. The reasoning behind this move is that many parts of Africa do not have electricity and internet connections. So a system that is dependent on solar energy would help to foster bitcoin adoption via the lightning network and probably other lightning based cryptocurrencies in the near future.

A lot has happened on the lightning network within the first half of the year. But more is still to come. Another major event that has been making headlines within the bitcoin community is Strike by Zap, which was launched on July 2nd. Basically, strike allows users to make purchases in bitcoin via lightning without requiring them to actually buy bitcoin. All they need is the strike card. This also means that people don’t need to understand how bitcoin actually works before using the card.

If the solution goes down well with the crypto community, it’s only a matter of time before similar solutions start popping up here and there, which will inevitably lead to the mass adoption of bitcoin.

Our discussion would be incomplete without a mention of the current Lightning network statistics. According to 1ml.com, which is one of the most popular LN statistics providers, the number of active nodes stands at 13, 099 with 37,631 payment channels, giving it a total network capacity of $9,196,513.65. Even though there’s no significant increase in the number of channels and nodes compared to the end of last year, it shows that there are people who are committed to ensuring that LN continues to thrive.

The Lighting network is a new technology and will go through so many ups and downs before mass adoption takes place. Some solutions will work and others will fail. But from every indication, Lighting has made significant progress and the trend is bound to continue especially as people discover the benefits of low transaction fees and processing time of the second layer solution.

Have anything to say about LN 2020? Drop them in the comments sections below.

Centralization and censorship have failed us big time. It's time we moved onto technologies that give us back our freedom: Blockchain, Holochain, Directed Acyclic graph, etc. #cryptowriter #availableforcollaboration.

General focus on anything crypto-related.