For Starters, Blockchain Tokens Are Immune to Damage

In 6th grade, two of my so-called 'friends' decided to play a cruel, unprovoked prank. As I was organizing my ever-growing collection of baseball cards, Chad called and asked me to come over. He pretended to be interested in my Garbage Pail Kids and asked if I wanted to do some trading. 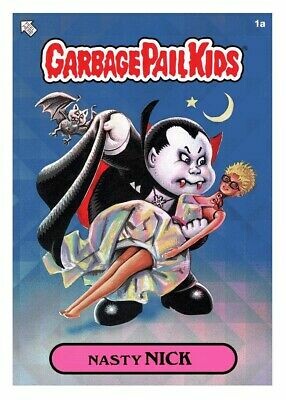 The bait was his claim of having a Nasty Nick card. At the time, GPK #1a was the absolute Holy Grail of the entire series. I've never even seen a physical copy. Willing to trade just about anything to put NN in my collection, I grabbed my whole stash of GPK cards and headed out the door holding the same box they're still kept in: 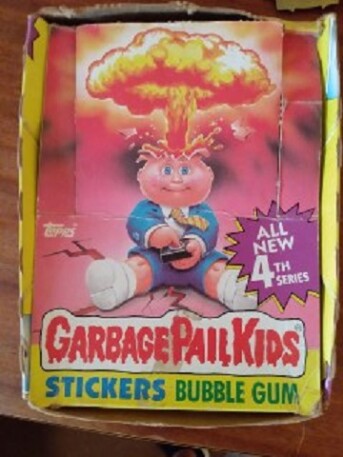 Getting to where Chad lived meant cutting through the upper field of the elementary school and going up the stairs. As I was walking along the corridor leading to the sidewalk, Chad approached, and I was surprised to see Adam tagging along. Still not suspecting any foul play, I headed towards the duo with a smile on my face.

Before a single word came out of anyone's mouth, Adam walked up, snatched the box out of my hands, then threw it over my head — ejecting my beloved cards and sending them tumbling down the hillside. Now I had a choice to make: Try to catch up with the giggling jerks who had run away, or gather my cards and go home.

Unwilling to risk further moisture damage — and knowing exactly where those punk-ass fools lived — I picked up the mess and hunted for my dignity along with my scattered GPKs.

That was the last time the cards left the comfort of home. Thankfully, the damage was minimal, and only a few cards were lost to the mud gods. I also learned a valuable lesson about trusting people you think are your friends. What a couple of childish A-holes!

Unfortunately, that wasn't my last mishap with collectible trading cards ...

During the same year, 1986, Jose Canseco was one of Major League Baseball's strongest players. And in its trading heyday, his Donruss Rated Rookie card was going for $100. 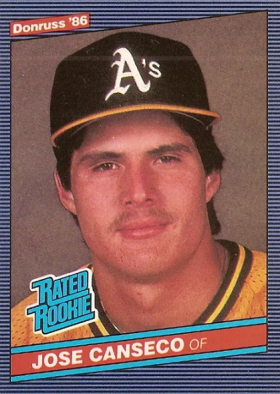 Like cryptocurrencies, trading cards are prone to price volatility. Who's to say why this card's value eventually declined by over 90 percent. I'm still not convinced it was the infamous 'Dome Run' event in which Jose used his head for the wrong purpose:

And you thought you were having a bad day at work!

Nevertheless, I washed cars and mowed lawns around my neighborhood until I finally had $100 to buy my very own copy. Not willing to risk the gem of my baseball card collection, I carefully placed it into a plastic holder — the industrial-strength variety consisting of two pieces of hard plastic screwing together at the corners.

I came across a magnifying glass and decided to remove the card from its holder to self-grade the condition. When I pried the plastic apart, the bulk of the card had stuck to the back. But the corners of the card were still attached to the front, ripping the glossy finish. Most of the card was intact, but its corners were now white.

My best card ever (at the time), was now in abysmal, untradeable condition.

I thought to myself, "maybe nobody will notice if I put it back just right." Yeah, right! I then envisioned a crisp $100 bill swirling down the toilet. All the manual effort sunk into obtaining the card was gone along with the corners. Dammit!

I later acquired another and still have it. But it's in the same style of holder, and I'm afraid to ever open it!

But modern collectors don't have to worry about any of that ...

The Future of Collectibles

You may recognize them for their baseball cards, but Topps is also the company behind the Garbage Pail Kid craze of the '80s. The organization recently partnered with the WAX Blockchain to issue digital, prankster-proof GPK cards.

And apparently, tapping into nostalgia is a recipe for runaway success.

The 1st round of digital GPK cards sold out within 28 hours. The 2nd round, 'GPK Goes Exotic,' sold out in a little more than 1 hour.

Although virtual cards have most of the same attributes as traditional collectibles, their blockchain-based nature makes them unique. Here are a few of the ways that going digital can upgrade your collection:

Digital versions, however, can quickly fly from wallet to wallet over the Internet. It doesn't get much easier or faster than app-to-app transfers!

But electronic collectibles contain publicly verifiable identifiers. Blockchain-based rarities have block explorers that allow anyone with Internet access to see whether or not they're genuine.

You can lay two baseball cards on top of each other, but there's no way they're making babies!

Whether it's coins or cards, stamps or comics, digital collectibles have zero need for expensive grading services. There's no need to fret over spilling coffee on a non-fungible token. Good luck performing that feat of magic!

Now, although the WAX Blockchain brought us electronic Garbage Pail Kids, they aren't the only childhood memories coming to the blockchain ...

Whether physical or electronic, GPKs and baseball cards share a common trait: They're almost exclusively for viewing and trading. In other words, there's not much to do with them. 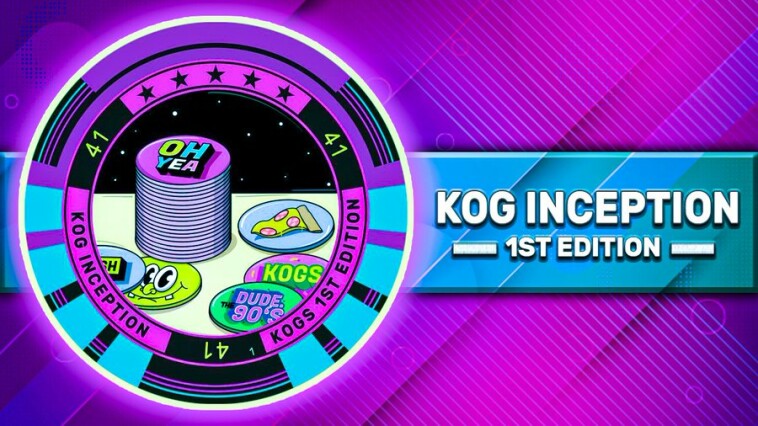 But an upcoming blockchain-based game, KOGs, is adding ample interactivity to the realm of digital collectibles.

Read More:  POGs is Slamming its Way to the Blockchain

You see, the NFTs powering KOGs are multi-purpose digital collectibles that can do far more than sit in your wallet collecting virtual dust. KOGs — Keys to Other Games — aren't just gorgeous artistic creations. They also allow holders to unlock new items and gameplay elements, enter tournaments, and challenge others to a round of digital POGs.

Like their physical predecessors, KOGs will (eventually) feature a mode in which gamers can play for keeps. Just like schoolyard kids all over the world back in the mid-'90s, token holders can put their pieces at risk against online challengers.

Roughly a week from now, August 18, KOGs on WAX NFTs go on sale. Initially, we can only buy, sell, and trade the pieces. But in the near future, not one but two versions of a game will land on the blockchain. And those two titles — KOGs on WAX and KOGs on RFOX— are only the start of an entire blockchain gaming ecosystem.

Rarity is what drives the value of collectible items. And, although we don't know mintage figures just yet, 25 limited edition pieces are going to 25 fortunate winners who simply pre-register for the game.

Will you be one of the chosen few? Pre-register now to give yourself a fighting chance!

While physical versions certainly have their place, going digital is a natural step in the evolution of collectibles. Do you still have VHS or cassette tapes? Probably not because CDs, DVDs, and now streaming, are far more efficient and convenient.

Digital collectibles are super-easy to trade as well as store. Before selling most of them, I had binder after binder and box after box full of baseball cards. Running out of space was the main reason for selling them at all. I can't recall how many times I had to shuffle them between residences.

Had my childhood collectibles been digital, there's no way Chad and Adam could ever lay a finger on them!

Are you a collector, a gamer, or both?

Do you have any memories of your personal collections to share?

Tell us about them in the comments below! 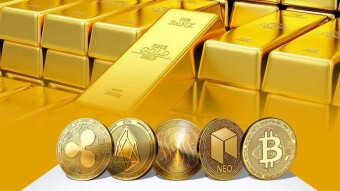 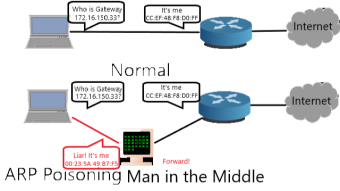