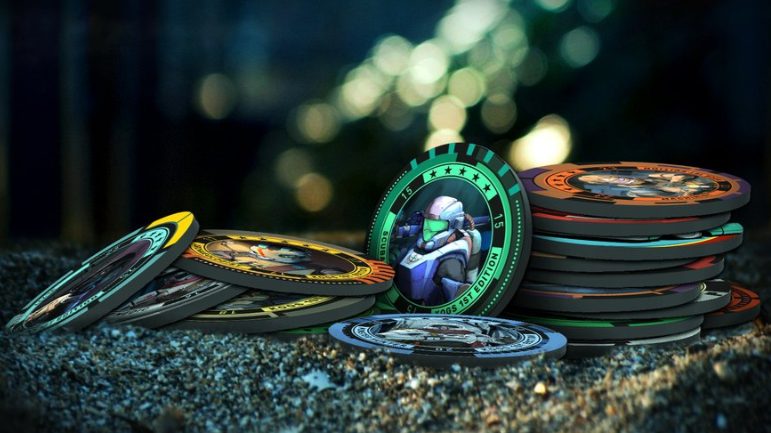 Cheaters beware. Your days are numbered.

The digital realms of videogames, especially within esports, is awash with cheating. Like anything involving financial transactions, unscrupulous thieves lurk around every corner. Whether it's hacking leaderboards or the games themselves, shady gamers are continually searching for ways to gain an unfair advantage.

Thankfully, blockchain tech is here to rumble the controller right out of cheating hands. A mobile blockchain game is on its way. But not just any blockchain game. This one is unique in its attempt at something that's never been done before.

But before we get into the details of the game or the giveaway, let's discuss what non-fungible tokens (NFTs) are, and why they're a massive step forward for the gaming industry.

In 2010, a nightclub in the virtual world of Entropia Universe sold for an eye-popping $635,000! Years earlier, the seller bought it for $100,000 then lined its walls with rare in-game items. After Club Neverdie became the game's hotspot, he turned a profit of over half a million dollars. 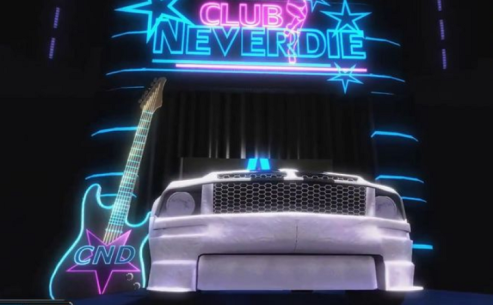 I wonder if there's a cover charge

Now, although this is an extreme example, in-game purchases are more and more commonplace. Someone dropping $4K on a powerless blue hat or $10K on a golden gun isn't out of the question.

However, just like custodial crypto situations in which the "owner" doesn't hold the private keys (Coinbase, Gemini, Binance, etc.), he who holds the deed to Club Neverdie doesn't truly own it. Instead, its code lives on centralized servers. If they go down or the game developer decides to close shop, then the club doesn't live up to its namesake.

In other words, those digital assets are ultimately under control by external forces. And if you're buying in-game items costing more than most family homes, not holding the virtual deed is unsettling.

And therein lies the beauty of NFTs. These unique, one-of-a-kind, non-interchangeable assets live in owners' wallets, not random game servers.

NFTs in your possession are freely tradeable and sellable. Plus, NFTs aren't locked inside digital silos. So long as the games are part of the same ecosystem, NFTs are free to travel among all titles.

Remember when we talked about videogame cheating? Well, the team at Komodo Platform created a solution for that: Proof of Gameplay.

Games running on Komodo Smart Chains write gameplay onto the blockchain in real-time. Every fired shot, evaded kick, and obliterated base is captured on a transparent, immutable ledger. Cheaters have nowhere to hide because everything's in plain sight for anyone to see.

Yes, there've been collectible NFT games in the past. However, there's a big difference. Most blockchain games compute off-chain, then record onto a chain. But in one particular game, everything takes place on-chain. This is a gravity-defying triple-jump for blockchain tech!

And soon, one of the projects built on top of Komodo -- RedFOX Labs -- is reviving a real-world classic from the early '90s. If you were around back then, you'd surely remember these: 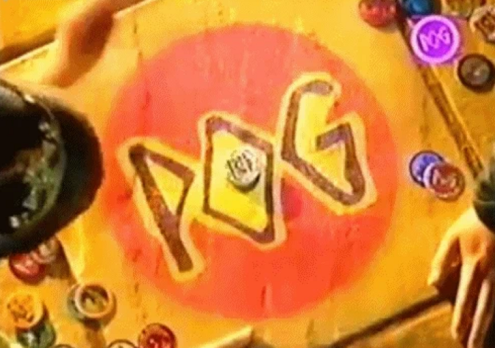 After the game of POGS, also known as milk caps, faded into the pages of schoolyard history books, several apps have failed to create a successful digital version. But now, the retro classic is making a triumphant return on mobile phones.

This time around, all gameplay takes place online. Play for keeps or just for fun. Either way, KOGS uses collectible NFTs as the playable game pieces. And, like Magic the Gathering cards, every pack of pieces has slots with different levels of rarity.

To celebrate the game's launch, RedFOX is giving a free Starter Pack of game pieces to the 1st 1,000 applicants looking to play KOGS before the rest of the world.

What's in a 1st Edition Starter Pack? Each is loaded with 40 collectible, tradeable game pieces:

All you have to do is register as a tester, then play the game at least once. The game's still in dev mode, so it'll be a while before we can play. However, everyone only has until Feb. 15, 2020, to get the freebies.

Click here to reserve your spot as a KOGS game tester!

Coinciding with the game's release is an NFT marketplace where owners can buy and sell digital assets. The retail price of these 40 pieces is only a guess at this point, but given their status as 1st edition pieces, their value as collectibles is bound to be on the higher side of the spectrum.

Plus, nobody is asking us to buy anything. Sign up as a tester, play the game, and keep your loot.

Now, RedFOX is the first admit that this isn't a AAA title with a multi-million dollar budget; it's more of a proof of technology. Komodo's jl777 is a legendary developer having a strong influence on KOGS. With such a talented programmer on board, I'm expecting the game to be smooth, intuitive, and easy to play.

KOGS is paving the way for new use cases of blockchain gaming. A 100% on-chain mobile title doesn't yet exist, and Komodo's composable Antara Framework is an ideal launchpad.

Being able to experiment with disruptive tech is half the fun of being an early adopter. Yes, bitcoin is more than a decade old, but the blockchain and crypto industries are just heating up!

By enrolling as a game tester, you have nothing to lose and 40 NFTs to gain. But don't delay because the doors close on Feb. 15. There's no referral link here... just come out and play: http://kogs.gg/

Finder and explainer of upcoming and post-ICO blockchain projects.

The blockchain uprising has only begun. We're all here because we know that emerging tech is poised to disrupt modern society for the better. I love tech, and sometimes the feeling is mutual.