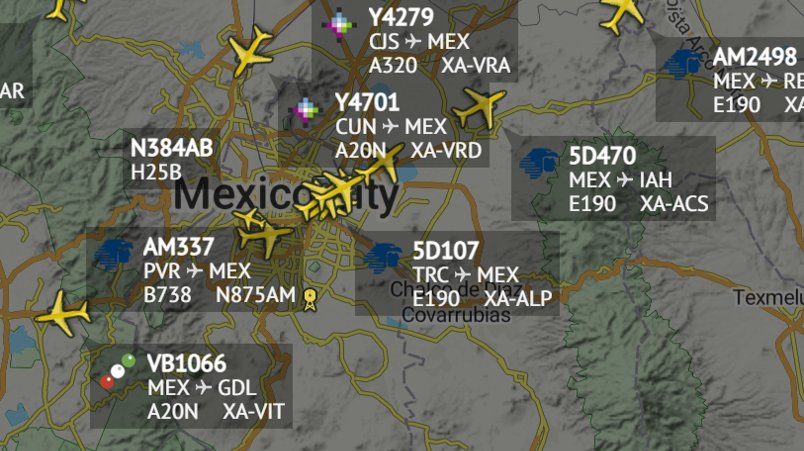 Other than Crypto, What's Flying High? (It's a plane, it's a blimp, it's the President!)

What's that in the sky?

I live underneath a common landing pattern for our local airport for our regional capital city. Our airport is used for commercial flights, for military flights, and the fleet for our nation's leader also uses our airport for touch-and-go practice, rather than the national airports. As such, it is always fascinating to try to figure out what is flying overhead. The pandemic also means I am home far more than usual, and experiencing ongoing withdrawal symptoms from being inside of the silver bird. I have millions of km of air miles, but haven't been more than 40 km from home in more than a year.

Ask and you shall receive - Siri, Google and Wolfram Alpha

The first tool that I learned about to find what was flying overhead (at least in the United States) was the statistical search Wolfram Alpha. If you ask Siri, "What's flying overhead?" in the US, Siri will interrogate Wolfram Alpha and returns two tables and a graphic based on US Federal Aviation Administration data. The first two tables listed the nearby planes, first by attitude, and then by equipment type. The graphic then illustrated where to look for the airplanes. 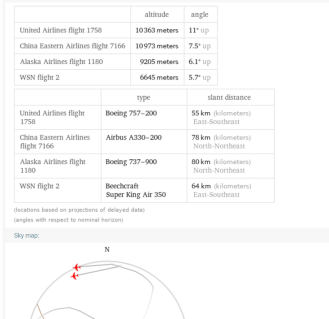 Saying "OK, Google" and asking about flights with Google's Assistant offers a more traditional web search, but also a short cut to Wolfram Alpha as well.

For those who are more visually oriented or who want a richer experience, there are a number of very useful web sites and iPhone/iPad or Android apps that can provide that more complete picture. Each has some unique functions and limitation. These pull flight data from a number of sources, so may be more or less complete for the regions you are interested in. Most also offer free services with additional add-on services available for a fee.

One of my favorites is Flightradar24. At approximately 22:30 CET, I can see a single cargo plane, BCS 7620, waiting to take off from BRU on its way to Brescia. It is a 737; I can click through to see the flight's expected and actual path, as well as pictures of the plane (not live) in all of its glory. When the flight is in the air, its movement relative to the ground is animated, and a small avatar illustrates the type and relative size of the plane, helicopter, or other craft. The service tracks 180,000 flights a day, with more than 2 million users, and was founded by two Swedish aviation geeks. 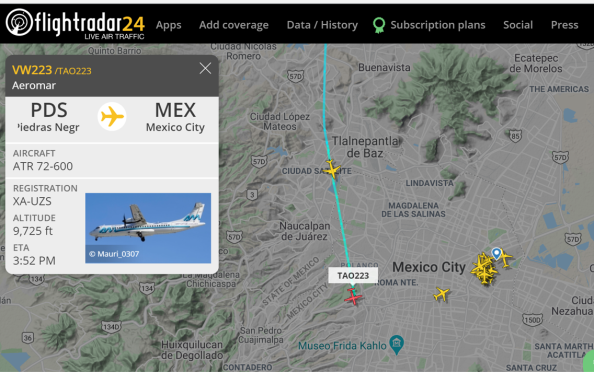 Perhaps better known is FlightAware. I find the standard interface more confusing; I never seem to pick the right background layers to understand exactly where things are, and the flight trails are distracting. It does offer more information about the flights on the main screen without having to click to learn more. 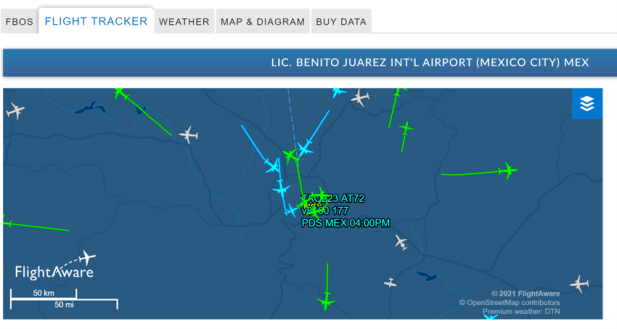 Another favorite is AirNav's RadarBox, which is my favorite on my tablet. 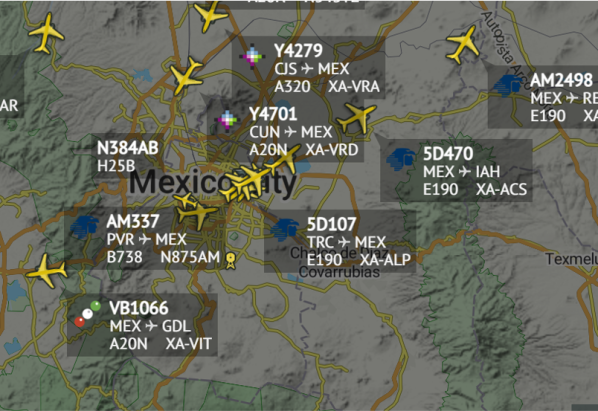 Which is right for you?

All of these services are relatively competent at letting you know what's flying overhead or nearby. Each has strengths and special features, but they also have limitations. In particular, some flights may not be visible on one while being visible on another. Each website is “fed” by a different community of receivers or official resource, and has different blocked lists, so a flight that does not appear on one page might appear on another.

When the head of state's airplane is flying overhead, it may or may not show in the system. Some military planes show up, while others do not. And some private planes show up, while others do not. Recently, a large plane flew overhead, but did not show up on two of the services; on the third, it not only registered, but I was able to drill down to see a picture of the plane (not live) as well as the identification that the plane is used to transport prisoners of the state. The paid accounts have access to private flights and other details not available to we freebies. Military planes are supposed to be more freely available from a service I have not used called 360Radar.

Some people say FlightAware is better for historical information, such as prior flight details, while FlightRadar is better to find the position of an aircraft, the inbounds and outbounds of an airport, or just for following random planes (or helicopters ... maybe blimps, but haven't found one yet).

Decide which features are most important, and then see if the flight tracker has it:

I seem to be very sensitive to the sound of airplanes. The plane may be 9 000 metres up, but I know it's there. And I seem to be able to hear the cargo planes ready to take off when no one else does. So being able to see what's coming and what's going has been very comforting. I have enjoyed watching the ballet of airplanes in holding patterns, or student pilots flying back and forth, or trying to figure out where that massive military cargo plane is coming from or going to.

As to the Goodyear Blimp, FlightAware says N2A hasn't gone anywhere since November, while N3A took a little trip a few days ago, so - YES - when blimps are up there, you can track them.

When I'm not trying to track dirigibles, I'm probably writing about crypto or blockchain, or experimenting with the tech. Some other places to see my musings or track my activities: 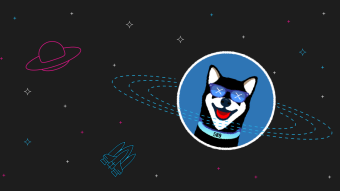 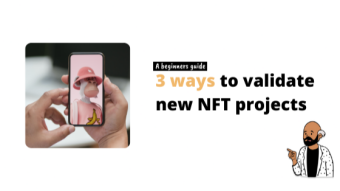