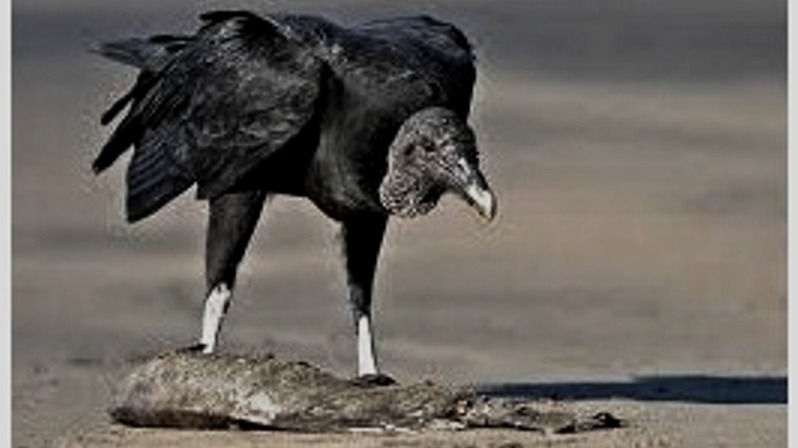 In the sands and democratic waters of the sea

Friday, late afternoon. Brazilian tropical summer. The sun shines and enlivens the crowd that arrives from many places looking for a tan, foot in the sand and bathing in the sea. Coastline somewhere in Brazil. Beaches flooded with people.
"Kibon, remnants of what's left of an ice cream!" - a floor cloth dog barks, as some bathers show in the eyes of the unsuspecting animal, the taste of the melted pulp that it chews between its jaws, forming from the rest of the pineapple popsicle, a stuffed stick, packaging and splashed saliva. After a few short sighs, the sick animal turns the buttery mass into feces that defecates right there in its intestine. Saturday morning. The morning breeze is in charge of sprinkling the cake with salt sprinkles.
Two families gather in the caiçaras sands:
"How about a coconut water to hydrate?" - suggests a bather from the big city.
After a moment:

"Refreshing! Now what do I do with this? ”,“ Refreshing! Now what do I do with that? ”Asks the teenage daughter.
“Drop the hull right there, then the cleaning service collects it”.
Beat a hunger.
“This corn in butter is very good, huh?”, Emphasizes the vacationer from the interior.
After threshing many grains she asks:
"What do we do with the cobs?"
“Give it to doves, poor things. Look how many looking for what to eat ”, justifies the condoling husband in just cause for the maintenance of the species.

Two in the afternoon. A group of young people is in the neighborhood, from an early age with the two families at their side. The heat is unbearable. The tents raised over the sand; many made from a thin nylon fabric, more refract than reflect the harmful UVA and UVB rays. Five hours have passed since the group composed of three pairs of lovers and a young girl with her chihuahua puppy settled in the disputed space for a place in the sun. In that period of time, after devoting each morning to the practice of raising glasses of cachaça and beer, followed by repeated bathing in the sea, in short, hunger overcame them all. Then they nibbled on bread with cooked and shredded meat that they brought from home, a roasted chicken that one of the friends went to buy at the bakery, also boiled corn and shrimp on a spit, bargained at the mouth with the street vendors that circulated on the sands. They quenched their thirst with many cans of beers and fruit shakes served by local kiosks. Later, when they returned to the baths in the democratic waters of the sea, in the face of an impasse, they gathered in a circle amid the waves breaking and decided:
“Nobody will know, so what is it to pee in that big hole that is the sea?”, Legitimized the apparent leader of the gang.

This was followed by games: tag, disputes of brief and shallow dives in search of stars, shells and the famous broths in whose winner is the one who manages to drown the other, even for a short time. In this case, the loser is the one who swallows a little bit of the democratic waters of the sea. Not even the young girl's pet without a boyfriend escaped the party. At first, Pet was scared by the rush of the waves, but it didn't take long, so he was enthralled. He urinated and got out of the water. He preferred to play catch with the pigeon pigeons that, terrified by the hostility of the intruder, all stretched out before dispersing.

In the late afternoon, when the bride in white appeared towering in the sky in the company of ladies dressed in sparkling blue, the palmeirim crowd was no longer seen on the beach, however from the top of the slopes the cleaning service was ready, ready to go. the cleaning in the middle of a lot of dirt that merged with the camouflaged sands of a trampled white. While the band of scavengers feasted on a putrefied sea bass, some of them cawed for permission to scavenge the carrion; others, already satisfied, urinated and defecated waste on their own legs to relieve the heat of that beginning of a muggy night. Not all vultures had good aim so that they blamed, missed the target and blurred the ground.

Saturday night. The central hospital of the small seaside resort is unable to cope with the flood of people suffering from the stroke that arrive at the reception. An immense line is formed. Everyone who is there wants to be attended to urgently. Their faces are discolored. Some carry improvised vessels in which to deposit vomit, others smear the floor through which the democratic waters of the sea pass through their mouths. Suddenly, the queue of service, of vacationers with swollen eyes, tears of incontinent tears are spilled on bath towels, already used on the beach, which improvise instead of handkerchiefs. Children accompanied by parents join the queue.

At the reception, the parents are asked by the attendant:
"What's going on with the child, mom?"
“Our little girl has several red dots on her buttocks and also on her legs. It itches a lot, I think it is a rubber allergy ”.
One hundred and fifty minutes later, the child accompanied by the mother is seen by the pediatrician who gives the diagnosis:
"The child was infested by the geographic bug".
Boredom takes hold of countless families who share the suffering of their peers that night.

Sunday. Day turns to night. Torrential rains collapse on the coast. Many who on Saturday exchanged the pleasure of leisure on the beaches for the distressing runs to the emergency room ran in the morning to pharmacies for saline, ointments and antibiotics. The raging sea invaded the beach with fury and dragged all the filth produced by palm trees to the sidewalks. On the roads, back to the plateau, the windscreen wiper blades on the cars work in an uproar. In the chaos of traffic on the roads that converge to the capital and countryside (r), cars with their windows closed and fogged because of the storm, are still crowded with junk and people with itchy skin, gastrointestinal infections, conjunctivitis ... They came and brought the culture that spreads through popular saying:
'Pepper in the eyes of others is refreshment'.
For a few moments, they forgot that the sands and democratic waters of the beach are nature's links. Nature is wise and fond of prompt response:
"Take back what belongs to you".