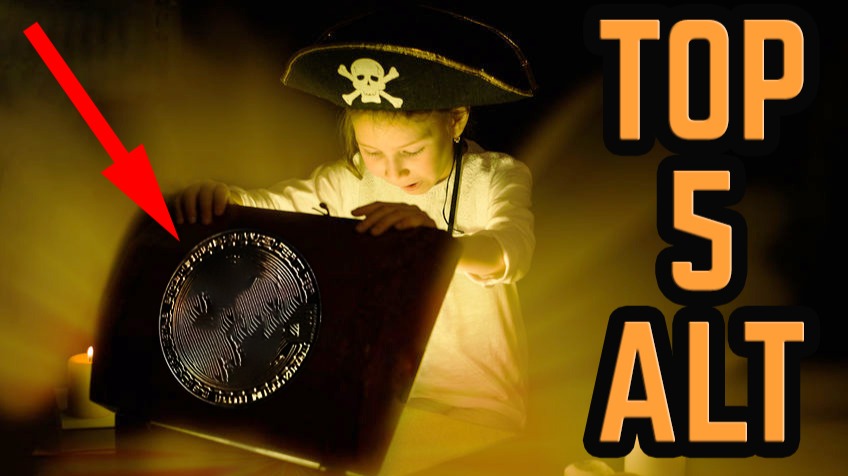 Hey everyone, today we’re going to discuss the top five strongest altcoins that are sure to fatten your wallet in 2020.

With all of the coins out there, we all find ourselves asking a very imperative question: which coin should I invest in? These days, there are hundreds of coins out there, from bitcoin forks to ICOs to ERC-20 tokens. There’s so much choice everywhere and so much research to be done - how can the average crypto investor figure out where to deploy their capital? All you want to do is be able to make steady cryptocurrency gains without having to research hundreds of different coins and currencies. We’ve all been there!

That is why we’ve done the research for you. In this article you will learn the top five cryptocurrencies to invest in to make safe returns over the course of 2020. You’ll also learn how much to invest in each currency, and how to invest both quickly and safely.

I’m sure everybody has heard of EOS, but not many people know exactly what it does. EOS is pretty unique, since it is aiming for a goal that is way different from the folks over at the Ethereum Foundation or at the Bitcoin Core team. The EOS team is trying to hit big milestones - they are aiming to create a platform that can run millions of transactions per second. EOS is a smart application platform, but unlike Ethereum, EOS offers additional features such as authentication, hosting, and cloud storage all from the network itself. This allows EOS to be used for multiple things - instead of using EOS to pay for transactions, it can be used for app bandwidth as well.

This makes things interesting for investors, since even if you’re not using EOS tokens, you can “rent” your tokens out to app developers looking to use your spare bandwidth. Since EOS doesn’t run on the usual consensus mechanism, instead using proof of stake, EOS can scale very well. It can support a lot more transactions than Bitcoin ever can, and at a much cheaper per transaction cost, too. If you’re looking to invest in the future of blockchain apps, especially because you want to be a part of something scalable, EOS is the place to be.

Often called “the silver to Bitcoin’s gold”, Litecoin is one of the first altcoins to hit the market successfully. Litecoin offers many of the same value propositions that Bitcoin does: it performs the function of sound money, can never be inflated beyond what the protocol allows, and cannot be censored. Miners vote with their hashpower to make network decisions, and the core team cannot affect the network without a majority hashpower.

Litecoin, although similar to Bitcoin, has some aspects that differentiate it. It has fewer users and a much lower price, which means that there is a greater possibility that Litecoin’s price could explode exponentially in the next crypto bull run. Bitcoin has also been the subject of government scrutiny and regulations - since Litecoin flies lower on the radar, it may eventually be a safe investment vehicle that retains the core properties of Bitcoin with less risk. Buying Litecoin is essentially a way of avoiding all of the risks that come with investing in Bitcoin, while retaining the same core fundamental investing principles. It’s a great bet for the long run, and it’s sure to pump up hard during the next crypto bull run, since it’s one of the major coins and is listed on most major fiat exchanges, too.

Ripple, also known as XRP, is an altcoin that has a lot of potential in the global cryptocurrency scene. The reason for this? Legacy system adoption. Ripple is the one cryptocurrency that is known to work seamlessly with banks, payment providers and digital asset exchanges. The experience is entirely frictionless, and it allows the world of the blockchain to be combined with existing banking systems. This means that there is a large pool of users waiting to adopt Ripple when the opportunity is right. Think of how large the banking industry is - it is several thousand times bigger than the current cryptocurrency ecosystem. In the next bull run, if the banking industry wants to start working more seriously in the blockchain world, what coin do you think they will turn to? The answer is obvious - Ripple.

Since Ripple does not use a traditional blockchain and has their own proprietary network, transactions can be settled instantly. This means that transfers are infinitely scalable and much faster than most other cryptocurrencies on the market. This is a huge selling point for all sorts of use cases, including financial transactions that are time-bound. For users who crave usability and speed as their top criteria for payment systems, Ripple fits the bill. 2020 crypto investors must have Ripple in their portfolio to enjoy the staggering returns after large banks flood into the cryptocurrency ecosystem and pump the coin much higher than its current value.

Bitcoin Cash is the largest Bitcoin fork. It retains most of the core attributes that Bitcoin has, except it has opened up the network to bigger blocks. This means that more transactions can be processed every second than ever before, and transactions are several times cheaper. As a medium of payment, this makes Bitcoin Cash extremely attractive. Bitcoin Cash also removed the BIP-125 protocol which makes zero confirmation transactions safe to accept. On Bitcoin, you can reverse unconfirmed transactions by bumping up the fee using replace-by-fee (RBF). However, on Bitcoin Cash, you can’t reverse transactions in the same manner. This makes it safer for merchants to accept payments, this also makes transactions a lot faster for customers.

Bitcoin Cash has large merchant adoption and is accepted by both online and offline stores across the globe. The Bitcoin Cash team, headed by multimillionaire Roger Ver, is working hard on spreading global adoption of Bitcoin Cash. The opportunity for investors here is huge, since they can join the start of what could become the next big hit cryptocurrency in 2020. Fast, scalable, and backed by a large pool of supporting funds - it’s almost perfect.

We’ve discussed Bitcoin Cash in detail, but we’re hitting the big leagues now. Number one on the list is Ethereum. Ethereum is a unique cryptocurrency that is used to fund transactions on the Ethereum network. What makes Ethereum special is the fact that it’s not just a payment processor - it is the backbone of thousands of other tokens and contracts. On Ethereum, anyone can deploy what is known as a smart contract, which is a set of cryptographically permanent rules that delegate funds on the network. For example, you can set a wallet to automatically forward funds to someone else when a certain balance is hit. You can also make contracts that are a lot more complex, like games, casinos, and more. What’s even more amazing is that smart contracts are visible on the blockchain, so everything is transparent and open-source.

As for tokens, Ethereum lets anyone create what’s known as an ERC-20 token. This is a cryptocurrency type that runs on the Ethereum blockchain and requires ether tokens to create and manage. ERC-20 tokens are extremely popular with small projects like ICOs, since they are fast, easy and cheap to create.

If you invest in Ethereum’s token, or ether, you know your money is in a great investment. This is because there is constant demand pressure from everyone who wants to create new tokens, deploy new smart contracts, or interact with existing contracts. There are hundreds of Ethereum contracts and tokens that thousands use every day - using these contracts requires gas, so there are always people buying ether tokens. For holders of the token, this is great since it leads to a rise in price. Ethereum is also governed by the Ethereum Foundation - a team of brilliant coders led by Vitalik Buterin, the creator of Ethereum. The dev team is active in the community, actively listens to suggestions, and implements them quickly and frequently. Ethereum is an excellent choice and is definitely the altcoin on the market with the brightest future.

Now that you know all of the best altcoins to invest in, let’s think a little about what proportion of your portfolio each coin should represent. In order to stay safe, investors usually allocate a large proportion of their money to coins that are stable and have higher market caps. Here is our recommendation for allocating these coins:

Of course, these values can be tweaked based on your risk profile or coin preference. We believe that investors in the space should remain diversified and safe, with a little bit of each coin in order to catch the big pumps. 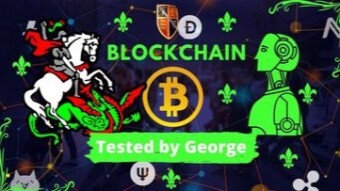