NFTs Explained and Explored - Blockchain Tech at its Best

The NFT Phenomena: What are NFTs, And Why New Marketplaces are Popping Up

Non-Fungible tokens, known also by the acronym NFT’s, are crypto assets that have recently become a huge interest drawer within the crypto community.

To understand NFT’s , we first need to have a solid understanding of the incredibly broad term, non-fungible.

When something is fungible, it is easy to duplicate, it can be divided into smaller units and recreated. A good example of a non-fungible item would be a famous painting for example. One could duplicate it, but it would never be an exact copy. A replica painting will never be an original, and will never have the same value.

However, blockchain technology allows us to do cool things. Blockchains with smart contract functionality, such as ethereum’s network, which is the primarily used blockchain for NFTs currently, though many other blockchains are catching up, can encode almost anything into being an NFT. When issued through smart contract features, NFTs become encoded on to the blockchain and can be transferable.

Let’s look at an example of a fungible token. This would be something like fiat money. But because bitcoin is a finite resource that encodes every single bit of information inherent within its blockchain’s evolution, should one want to assign value to a specific bitcoin, that would make it an NFT technically. That’s because it’s possible to trace each and every transaction that happens down to individual satoshis (the smallest division of bitcoin). A bitcoin, or even a satoshi, from the first block ever mined, or the first bitcoin ever sent, could have clear value as collector’s items.

But NFTs have been put to hugely varied and unique uses. That happens when you introduce smart contract functionality. Just as you can see an NFT in your crypto wallet if you have one, that specific NFT can be expressed as a string of information. It can be made into a line of encrypted text, or a QR code. This gives NFTs applications in almost everything.

Your medical history could be encoded onto  a blockchain, expressed as a QR code, and put   on a card that could be scanned from anywhere in the  world.

NFT markets are trading everything from video game items to internet memes. Jack Dorsey’s first tweet was sold as an NFT. Anything that people want to buy that is launched as an NFT can be sold in the corresponding blockchain’s various markets. 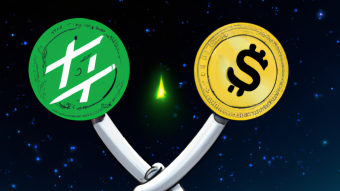 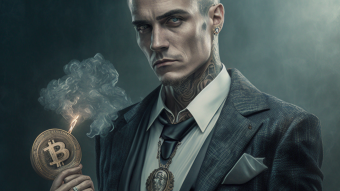