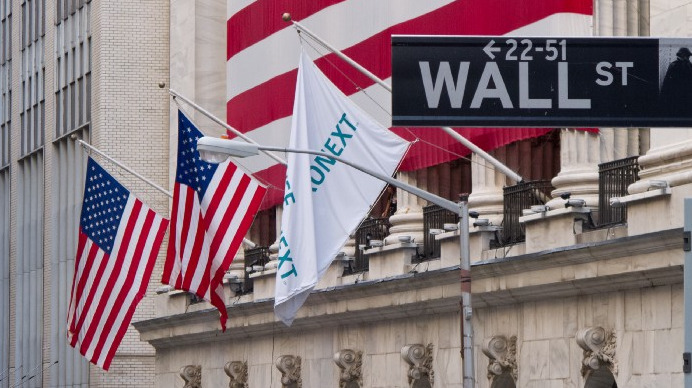 You Should be Angry — Wall Street’s Fraud Exposed

Its in all the news. Earlier this week, stocks of GameStop (GME), which were expected to continue to fall as the brick and mortar store struggles in an increasingly digital world, shot up to astronomical heights. Wall Street hedge funds had shorted the stock, in expectation of the fall. But now that the price has skyrocketed, they are losing billions. And it was all started by a merry band of Redditors: those from r/WallStreetBets, backed by Bitcoiners everywhere. 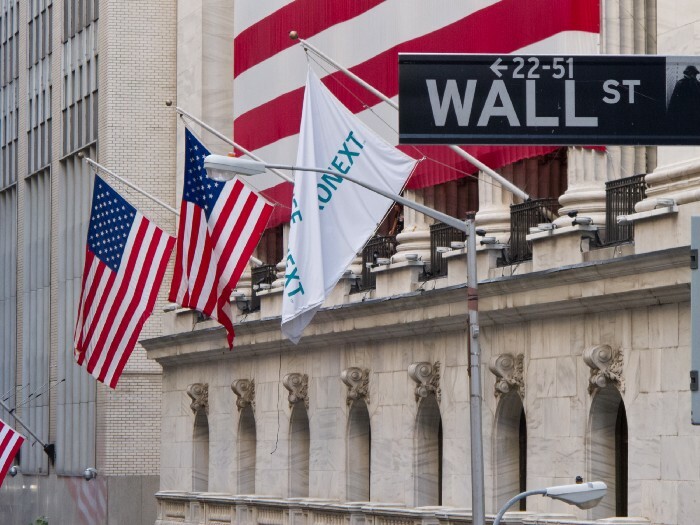 Wall Street’s reaction was swift and brutal. Leon Cooperman, a billionaire hedge fund manager, called the investors on apps like RobinHood “people who don’t know what they are doing.” “The reason the market is doing what it’s doing is, people are sitting at home, getting their checks from the government, basically trading for no commissions and no interest rates,” he cried before going on to complaining about how much of a victim he is because he has to pay taxes:

Robinhood also responded, knowing where its true masters are. The app claims to “democratize finance.” Yet, when faced with true democratization, it folded to Wall Street. It stopped trading of GME and other stocks r/WSB was looking to do the same things with like AMC and Nokia. Many members also claimed their stock was sold off against their will. Robinhood sold out its users.

But the people fought back, and they have an unusual ally: the government. Politicians on both sides of the aisle tuned in saying this was unacceptable:

Despite this, no, AOC and Ted Cruz won’t be working together, AOC pointed out Rafael is still a traitor to this country.

Sen. Sherrod Brown (D-OH) said an investigation will happen in the Senate. A hearing in the House is likely too.

Members of r/WSB have said they will hold onto their stocks. They know time is on their side. At the time of writing, one of the top posts was an emotional appeal by a Redditor to hold onto stocks to avenge his father who was burned in the 2008 financial crisis. The longer they hold on, the more Wall Street bleeds. The more Wall Street pays for all the harm its caused this country. 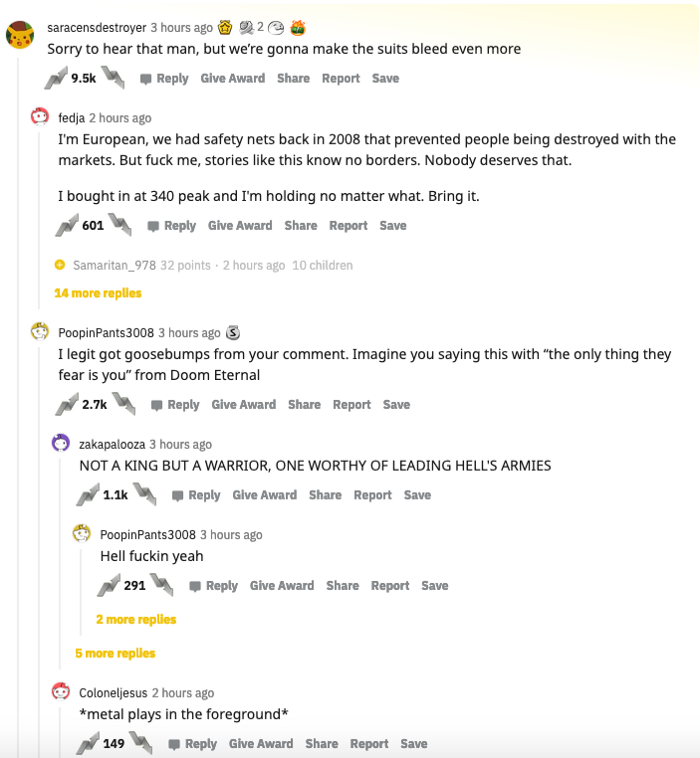 But what’s the next step? What is the bigger picture? Supporters of the movement must keep their view wide. Wall Street is just the beginning, it is the rotten facade of a rotten interior. Wall Street props up big banks, big corporations, and rich fat cats. While Americans were suffering, losing their jobs, and their health insurance in the middle of a pandemic, the stock market grew. They were getting rich off of us. The people have to band together to fight them. We cannot buy into the world they built for themselves. We have to reject their version of normalcy. 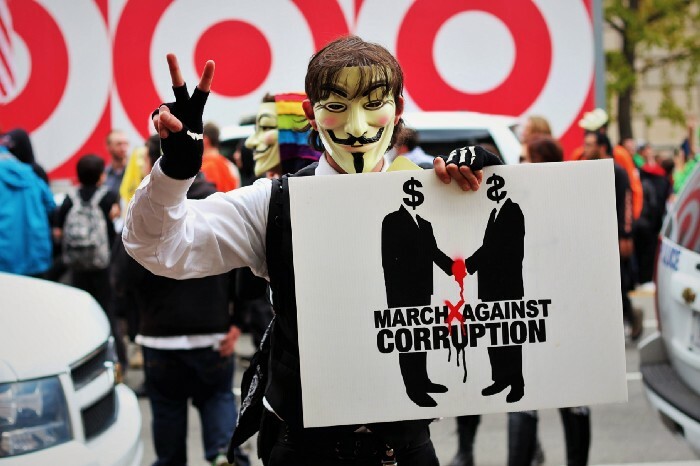 r/Bitcoin provided a lot of buzz in r/WSB. Bitcoiners flocked to the subreddit to support the movement. Bitcoin Twitter buzzed with excitement. The mission was clear, to bleed Wall Street. We all share this goal, we all want to see change in the world.

But we cannot think like they do. Bitcoin is not just an investment. It is not digital gold. It is a currency to change how we operate. We in the Bitcoin world have to start using it like that. The world is changing, we can’t fall back into the scams Wall Street has perpetrated for decades. Buy goods in Bitcoin. Pay for services in Bitcoin. Convince your local small businesses to accept Bitcoin, point out to them they can bypass a lot of the red tape that keeps them down. Give your children their allowance in Bitcoin. We have to treat Bitcoin as it was meant to be, if we are to change the world. We must treat it as the day to day currency it is.

Wall Street is bleeding. It is wounded. What happens next is anyone’s guess. Can we, the people, succeed at finishing it off? Will hedge fund managers learn their lesson? Will they end their hypocrisy and their fraud? We have a chance here. Bitcoin has a chance here. We can’t lose it.