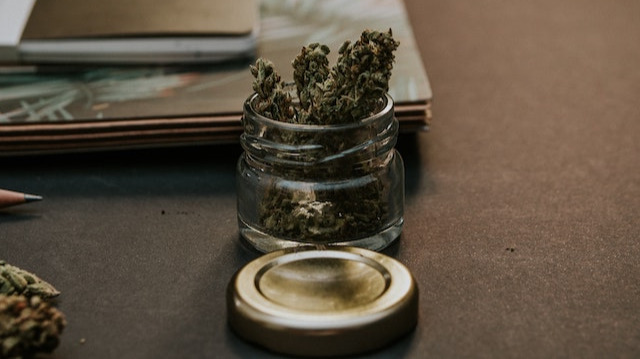 Bitcoin and Cannabis: A Working Relationship

With much of the world starting to recognize that the illegalization of cannabis is wrong, more legal dispensaries and growers are beginning to operate above board, from recreational use in Canada, to medical use across the US and Europe. However, despite these victories, there are still many hurdles to overcome. Especially in the US, banks often discriminate against cannabis business operators, even when conducting the business perfectly legally. This can create problems for such entrepreneurs who find themselves having to either operate in fear that their bank might hold their funds, or have to operate with cash which leads to a lot of financial insecurity. Bitcoin, however, offers the solution to the woes of the cannabis shop owner. This is thanks to the combination of direct ownership of funds and increased financial security, due to Bitcoins decentralized nature. 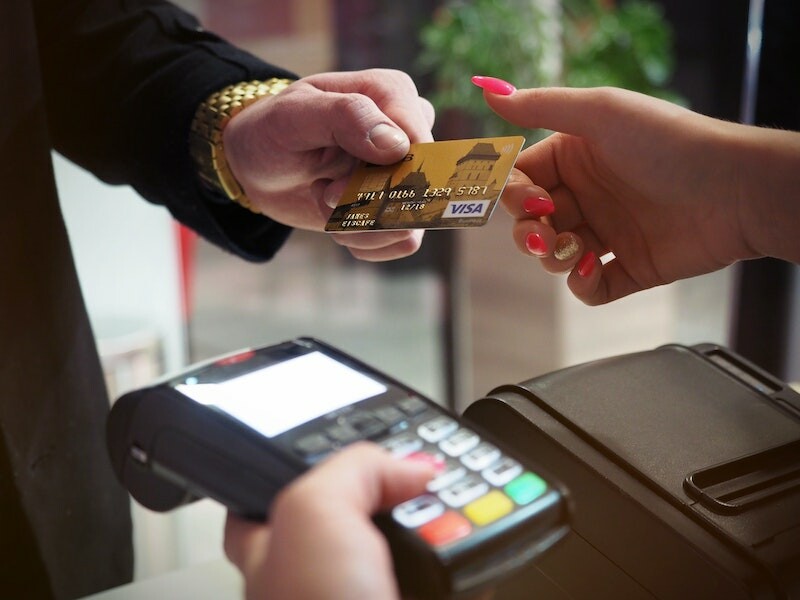 For a dispensary owner, finding the right payment gateway can be a hassle. Cash-only offers some benefits, but also comes with many drawbacks including higher risk from theft. But with many banks refusing to participate with dispensaries, credit card options are essentially non-existent. The quest is to find some kind of payment that offers the anonymity and decentralization of cash, but the ease and security of credit cards.

This emphasis on cash causes a number of headaches for the industry as a whole. In states like California, only a small number of credit unions are accepting cannabis business, and armed guards with lock boxes have to escort the money from the businesses to the union. With more and more money being invested and increasing sales, this can not be sustained. Many analysts predict that the industry will grow, even with the COVID slump. The need for digital currency exchange is more important than ever.

Bitcoin is built around its decentralization. By operating on the Blockchain, the only person who “holds” your Bitcoin is yourself. The user controls the wallet and the transactions. Although all transactions are visible on the Blockchain, they are anonymous, which provides customers a sense of ease since they can avoid any (uncalled for) social stigma. Bitcoin is also extremely secure, as long as the user maintains proper security precautions (like not sharing passwords). The chances of one’s Bitcoin being “hacked” is miniscule.

But most of all, Bitcoin ensures the entrepreneur is in control of their own sales. The key is to find bitcoin payment processors that send the Bitcoin directly from the wallet of the consumer to the wallet of the shopkeep. Not only does this increase security, and allow for increased control of sales, it also prevents worries about middlemen in the form of banks or PayPal. It also eliminates any concern that money might be frozen, or that one might be barred from a service. Bitcoin doesn’t work that way.

Bitcoin can also open up the market for online distributors. Cash for online sales is obviously even more of a headache. Bitcoin makes online transactions easy, as all Bitcoin transactions are digital to begin with. Setting up a Bitcoin processor on an online store is extremely easy, and again helps one avoid the issues with banks or Paypal. Additionally, if selling seeds across borders, Bitcoin can make currency conversions and exchanges easier--there’s only one currency being used.

Bitcoin is also easy for the customer to use. It's easy to set up a wallet, even on one’s mobile phone. All it requires is an internet connection. This means that even customers who might not be Bitcoin enthusiasts, might turn to prefer Bitcoin if it means they don’t have to carry around large amounts of cash to purchase their cannabis. 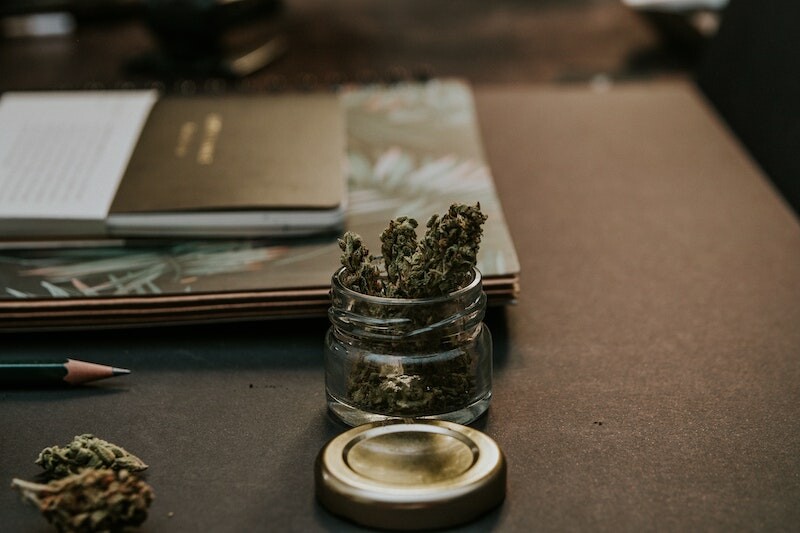 Setting up Bitcoin payment processors is fairly easy to do. A variety of companies offer solutions for both physical and ecommerce shops, ranging from BTCPay to CoinGate to Blockonomics. The vast majority are relatively straight forward, even for someone completely new to Bitcoin, and will walk you through the process of even setting up a wallet to receive the Bitcoin sales. If operating a physical cannabis store, the solutions can range from physical machines, similar to credit card readers, to apps that can be installed on the merchant’s phone. Ecommerce set ups are even easier, with many ecommerce sites having plugins developed to connect simply with Bitcoin payment processors. Installation for all of these solutions are simple and efficient, dispensaries can start selling cannabis for Bitcoin very quickly.

Of course, there are some concerns. The question of taxation and supply chains, and how to pay them, are obviously important. Thankfully, there are many easy ways to convert Bitcoin to “fiat” currencies such as USD and CAD, through many exchanges such as Uphold, and some Bitcoin payment processors even offer forwarding services to send a percentage of one’s Bitcoin to be exchanged immediately. This way, taxes and supply chains, if required in local currency, can be paid easily. This also adds a screen between the bank and the cannabis business. The banks can’t see where the money is coming from, so the chances of crackdown for engagement in the cannabis industry is minimized. Although distrustful, banks don’t generally give hassle to people converting Bitcoin to local currency.

Additionally, tracking of payments is quite easy on the Blockchain. There are services out there which allow the exporting of transactions to and from your wallet, during a certain time period, into Excel. This allows merchants to keep track of their sales, and to help calculate taxes, which are often based on the percentage of sales of cannabis. 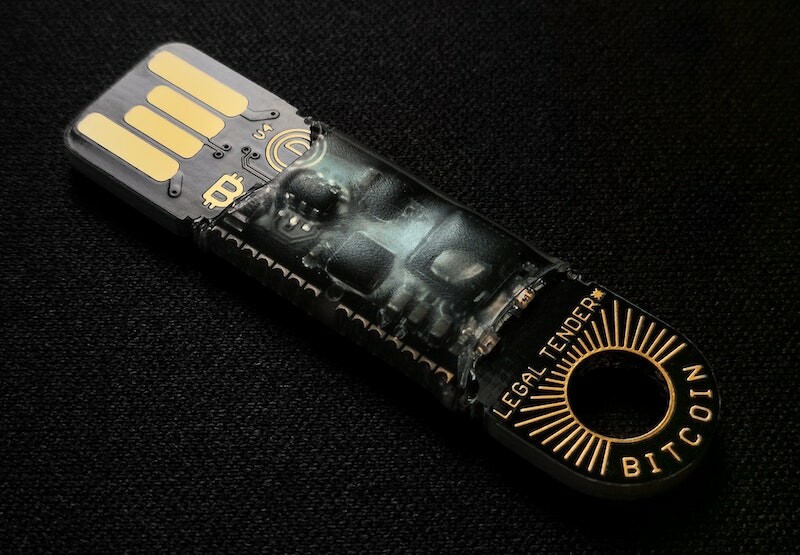 Bitcoin and the cannabis industry have much in common. Initially distrusted, both are now seeing greater acceptance in society at large. Additionally, both are examples of grassroots organization, and decentralization. Both fight against “the man,” whether by choice or necessity. Cannabis cultivators, distributors, and merchants, have a strong incentive to adopt Bitcoin on a wider scale, especially as legalization continues to spread. Bitcoin offers security and ease, it offers decentralization and anonymity. It helps merchants control their funds, without the worries and fear of banks and freezing of funds. It helps customers feel more secure in their payments, and puts them at ease thanks to the anonymity. It also helps Bitcoin enthusiasts, who are always looking for ways to get Bitcoin more heavily used in the everyday world. Bitcoin and the cannabis industry is a match made in heaven.