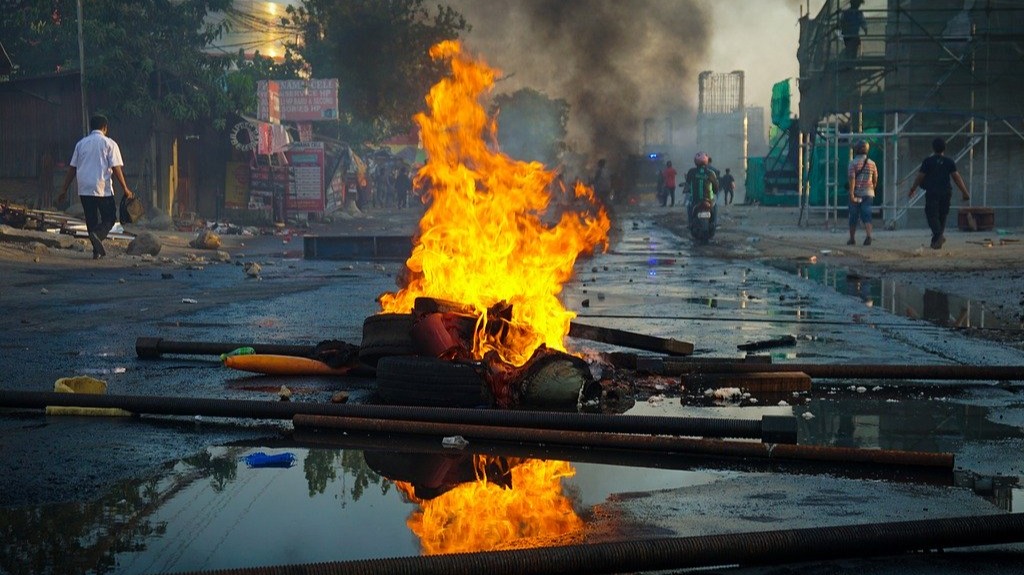 Amid Black Lives Matter Protests, Riots, Looting, Shooting, And Whatnot: Bitcoin is The Peaceful Protest

Alright, I know it's a very sensitive and perhaps widely political topic, but I'd like to weigh in on that, citing a man we are all well familiar with: Changpeng Zhao.

These are not my words, they are his.

To be blatantly frank with you guys, I have my own opinion on what's going on in the US and other parts of the world but I don't think it's adequate to engage you with it for a few reasons:

I'd like to believe that if fewer people commented on matters they have absolutely no attachment to, the world would be so much better off. This goes so much more for the time we currently live in. Social media provides a platform for everyone and yet people don't seem to be critical enough to vet the information they receive.

The information I get on the matter is only from media and I can't make a reasonable, first-hand conclusion when it comes to the extent of how much from what I read is true. Hence, I'd prefer to refrain from providing one more uninformed opinion.

I live in a very poor country and racism is literally the least of our worries. Therefore, I don't really know how to adequately perceive the notion of someone being racist to someone else. Of course, I find it particularly repulsive, but not knowing the extent to which people are racist to each other in a different country makes it a lot less adequate for me to provide an opinion.

Unfortunately, I do get the feeling that there is some serious high-level power play involved in all of this, but then again, I really have no idea so I'll keep my opinion to myself.

One thing I do not consent to and feel obligated to speak up against is the looting and the destruction of private property. This isn't justice - this looks a lot like vengeance and it's just wrong. None of this will bring the man who died back.

Anyways, enough with this, back to the main point: Bitcoin is a form of peaceful protest.

I did spend quite some time pondering at the implications of this phrase and whether or not I agree with it. And I've come to the conclusion that I agree and disagree with this at the same time. It's really subjective and isolated.

When it's not a protest.

First, in order to protest against something, you have to actively disagree with an established status quo. In the case of Bitcoin, I'm pretty sure that the established status quo is the existing monetary system, the flaws of which have been particularly exposed in the last few months as governments around the world are literally printing money to prop up legacy markets.

However, I don't agree that everyone who likes what's behind Bitcoin disagrees with what we currently have. Being a part of this community for a little more than three years and being actively involved with it every single day (my work is entirely in the field of crypto), I can say with absolute certainty that 90% of the people here have zero understanding of what Bitcoin's all about.

This is especially true now that we have so many cryptocurrency derivatives trading platforms. To put it in simple terms:

But what this means for someone who understands Bitcoin and for someone who thinks that it means that BTC will shoot up to $1 million are two entirely different things, a topic of another discussion.

Most people are here for the Lambos that they won't get anyways, even if Bitcoin hits $1 mil.

This is the notion where I don't think Bitcoin is any form of protest at all - just another way to make a few bucks relatively quickly.

We all know that moon boys will cash out their BTC as soon as it hits a new ATH and will use their fiat to buy pretty stuff.

When it is a protest.

This is where actual proponents of Bitcoin come into play. I'm personally unsure of how many of them actually exist, but that's where this phrase has meaning.

People who will USE their BTC instead of fiat. People who won't abide to the norms established by an eveidently flawed system.

In other words - people who don't denominate their BTC in fiat.

And as a conclusion, I'm much more okay with the phrase "Bitcoin CAN be the peaceful protest" because unless you are one of these people, it's nothing more than a way for you to make more fiat.

Have a good Sunday evening and stay safe, wherever you are!

Crypto knowledge at your fingertips. Regularly.