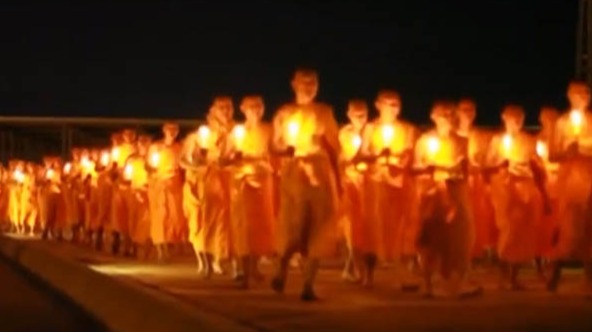 President Trump, Prince William, and Satoshi Nakamoto walk into a temple in Bangkok…

The latest fake Satoshi sighting has all the makings of a Hangover spoof as the creator of Bitcoin appears to be hanging out with world leaders at a temple in Thailand.

Thailand news source WEB-DL reports that world leaders, including U.S. President Donald Trump and Russian Prime Minister Dimitry Medvedev, were spotted at the Wat Phra Dhammakaya temple in Bangkok, Thailand with none other than Satoshi Nakamoto.

In an “exclusive” video that bears obvious hallmarks of deep fakery and bad editing, one of the monks in attendance bears a slight resemblance to Dorian Nakamoto, a California man who, in 2014, was hounded by media outlets who believed him to be Satoshi Nakamoto.

The video shows a religious ceremony being led by the Satoshi-like monk, with Trump, Medvedev, and even Prince William, swathed in orange robes and chanting along with all of the other monks.