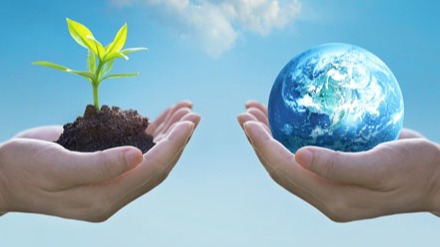 One of the latest trends with Binance smart chain tokens at the moment is marketing based around the concept of supporting charitable causes. Not necessarily a new concept as tokens such as FEG have advertised this concept for some time, but tokens based entirely on supporting charities seems to be big business at the moment as meme tokens become more hit and miss and investors are beginning to want more for their money than pump and dump schemes and rug pulls.

That being the case there are hundreds of projects popping up around the crypto biosphere that claim to be doing just that. Orphano for example is one of the largest around today centered around helping orphans as the name suggests. At the time of writing, they boast over 33,000 holders and are still growing.

Of course, helping charitable causes is all very well but most people get into crypto, and especially Binance smart chain tokens looking to make a profit at the same time. Orphano then may already be too big for investors who prefer to get in as early as possible.

Earthchain is another newly launched token with the premise of supporting wildlife and biodiversity and is currently in the early stages of its development. The team based in the UK are doxxed and active in the community on their telegram account and unusually in the crypto world look to be going for organic sustained growth instead of a quick profit.

Most charity coins simply claim to be supporting charities although the mechanisms by which this actually happens are often rather vague, especially when concepts rather than specific charities are all that is talked about. Earthchain differs in that they are actively trying to partner with charities, instantly propelling their credibility and legitimacy above many of their peers.

More uncommonly they have also taken the step of registering themselves as a business, primarily as it gives them a lot more cache when it comes to partnering with charities and causes who would otherwise deem crypto start-ups too risky or unfamiliar in concept to work with.

That move alone will likely open the door to a lot of marketing push and hype surrounding the project once the partnerships begin to roll in. Cross-channel marketing will also potentially pull in a lot of interest from outside the crypto community itself which again is something that few tokens have been able to accomplish before. With this in mind, they have created a step-by-step guide to buying the token with new crypto investors in mind which may prove to have been a prescient move in the near future.

The tokenomics are deflationary as you might expect with every trade benefitting both their charity partners and holders. The team tokens are locked also and the owners have stated categorically that they are in it for the long haul with big plans on developing this token to the full extent. They have also all been associated with several other projects such as Rocket Bunny Ecosystem so have a background in longer-term projects than the plethora of short-lived meme tokens that make up the majority of the traffic on most of the crypto shilling groups.

At the time of writing the token is still at the pre-Coingecko, CMT, Blockfolio, etc stage so this really is still the very early days and the price and holders will only grow exponentially from here. Marketing will begin fully in the next couple of weeks with plans for influencers and endorsements in place.

The price charts have seen the usual spike after launch and have now corrected at around three times the lanch price, although by the rate that the holder group is growing a new all-time high won't be too far off. It goes almost without saying of course that doing your own research before investing is always wise.

A series of profiles of BSC moonshots with massive potential, unique selling points, low market caps, low number of holders, and room for massive future growth. These profiles are based on my own research and you should of course always do your own as well before investing.