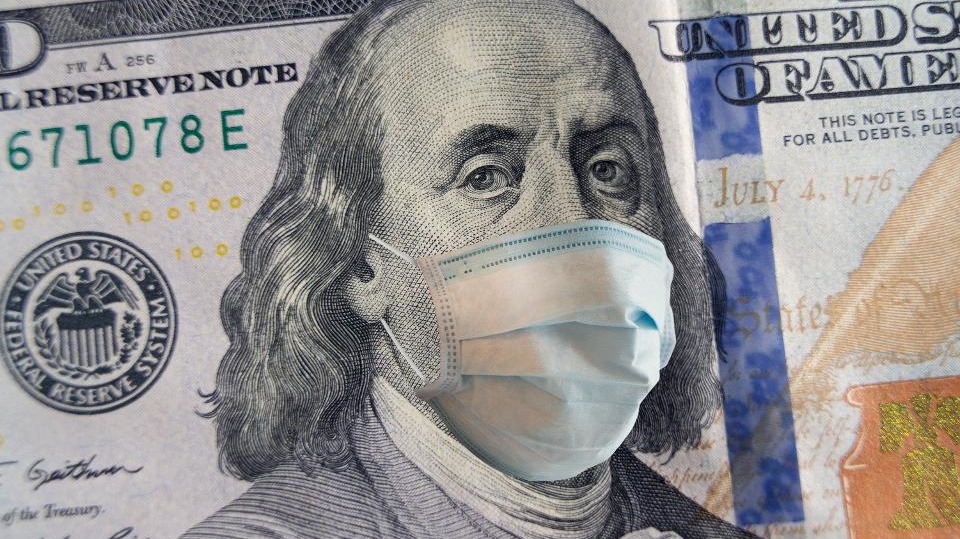 The bill, estimated at around $480 billion dollars, brings the total in COVID-19 federal spending to right around $6.5 trillion dollars -- almost 25% of the entire national debt, that has been spent in a matter of a month and a half.  These bills have constituted the largest spending effort ever undertaken in the history of the United States, and some are very concerned that this pandemic may just bankrupt the nation or cause runaway inflation.

Personally, my opinion on that is the the United States will, in fact, NOT descend into hyperinflation because of one simple truth -- it is the world's reserve economy, it is pegged to many currencies, and it is used across the world in failed states where their own monetary policy has completely destroyed the local currency (i.e., Zimbabwe).

This interim bill provides stimulus funds in the following ways:

1.  It replenishes the coffers of the Paycheck Protection Program, the popular program that was a part of the 2nd phase of COVID-19 relief measures and that ran dry on April 16, 2020.  This interim package will replenish the PPP with an additional $310 billion.  Controversy over the initial PPP funds has exploded after it became clear that huge conglomerate chain businesses were receiving millions and were receiving preferential treatment in what was supposed to be a "first come, first served" program.  This interim bill aims to fund the hundreds of thousands of small business owners who are stuck in the limbo stage of processing, where it's been submitted and accepted, but a loan number has not been assigned by the SBA.  Full disclosure:  I am one of those small business owners stuck in limbo.  I am communicating frequently with the VP of Commercial Banking at the bank where I applied, and it looks like they will be able to submit these "limbo" loans as soon as the House comes to session and approves the Senate measure.  The PPP, while it is administered by the SBA, is actually disbursed through community banks that are SBA approved lenders.

2.  It adds an approximate $50 billion in hospital and testing funds.  This is to secure the materials for the testing, researching the best testing methods, producing the tests, shipping the tests, performing the tests, collecting the test specimen, sending the test to the lab, analyzing the sample, and delivering the results.  Whew, that's a list that is reminiscent of Bubba Gump's "Shrimp" monologue.  Unfortunately, there is no funding included for state and local governments -- which is supposed to be included in the next full phase (Phase IV) COVID-19 relief bill -- coming soon.

3.  It replenishes another Small Business Administration loan program authorized by the CARES Act (coronavirus relief phase 3) known as the Economic Injury Direct Loan, or the EIDL by adding an additional $60 billion to the EIDL fund.  The EIDL is a loan program that has been around for quite some time, but the CARES Act expanded its eligibility to include self employed/independent contractors and freelancers.  Another unique part of the EIDL as it relates to the CARES Act is the EIDL Advance, which is an advance of the loan proceeds, up to $10,000.  This advance is completely forgivable so long as it is used for eligible expenses.  I also put in an application for the EIDL and recently received a notice that they had my application, and that the $10,000 advance cap was further changed to a cap of $1000 per employee.  For self-employed people applying for the EIDL, the self-employed person counts as a single employee for the purposes of calculating the EIDL Advance, meaning that I will be getting a $1000 advance.

But Wait -- What About the Digital Dollar?

So, ever since the COVID-19 outbreak began to get bad in the United States, several members of Congress have included provisions in draft COVID relief bills that allow for the creation of the "digital dollar."

Now, I'm not going to waste your time giving my opinion of the digital dollar proposals.  Those of us reading and writing on blockchain social networks like Publish0x completely understand the concept of the Federal Reserve's desire to have complete control of a blockchain version of the US-dollar, like the upcoming digital Yuan.  If you want to read more about the digital dollar, you can find a number of different articles posted on here that are well-written and give you the full text of the bill.  Because the language was ultimately struck from the bill's passed version, I feel that this would be a speculative waste of time.

The interesting thing here is that instead of admitting that they want to ensure the future security of the US Dollar by getting ahead of the Chinese digital Yuan project, which already has an infrastructure and a web app in early alpha stages, the US Congresswoman who introduced the most recent legislation that included the digital dollar did so on the basis of quickly distributing stimulus funds in the next rounds of COVID-19 stimulus.  The fact of the matter is that the race to the digital CBDCs is like the race to the moon of the 1960's.  Whoever achieves a working version first that sees mass adoption among the public will shift the entire world economy greatly in their direction.

As a matter of fact, though, the COVID19 crisis just provided the perfect vehicle for which to quickly ram through small amendments onto the backs of relief acts, some of which have huge implications.  Lawmakers are now easily able to slip language into these bills that must be passed in order to support the nation during the national pandemic -- language similar to the digital dollar provision of the draft version of the bill.

Despite being ostensibly and nominally added to the bill for COVID19 relief and distribution of funds, the actual groundwork for the US digital dollar blockchain comes from an older project called the eThaler, which is an Ethereum-based ERC-1155 CBDC solution for Brazil.

A group of professionals from consulting firms Accenture and InfoSys and the Itau Bank in Brazil, have been working on the open-source project in their free time for the past six months to explore the future of central bank currency issued on a blockchain.

Next Steps:  What to Expect Moving Forward

1.  The Senate-approved interim coronavirus relief bill will now make its way to the House of Representatives.  While the Senate passed their version via a "voice vote," the House is being made to convene in order to vote on the bill.

2.  The House may make changes to the text of the bill before passing it.  If this happens, the Senate bill and the House bill will have to be negotiated on, but as senior leadership has already committed to having made a deal, this process may not be necessary, especially if the House passes it as-is.

3.  Those who have existing PPP applications in the system will see their applications submitted to the Small Business Administration for funding.  Once you are assigned a loan number, you are guaranteed the proceeds, as that loan number itself funds your account with the loan proceeds.  No word yet on how long the process takes from start to finish, because I have not yet reached "finish."

4.  The bill described above is only an "interim" stimulus bill.  Phase 4 of COVID-19 relief legislation will be the next step, and it will be a massive, massive bill on par with the previous $2 trillion dollar relief effort.

We need to start having a serious conversation about how about the amount of money being spent.  Yes, it's necessary, but I have strong fear that worldwide, we are going to have to take certain austerity actions in order to climb out from this whole.

That's all for now folks.