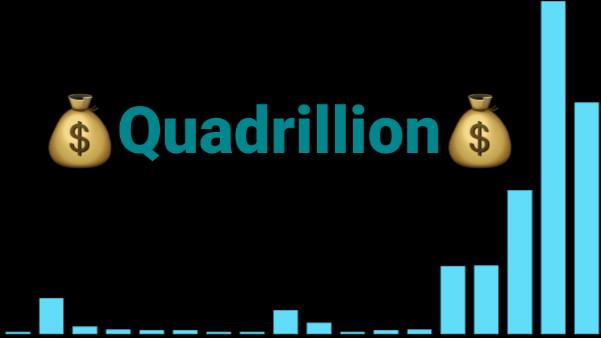 I don't necessarily believe one can work any one job to earn a Quadrillion dollars, but nonetheless:

One might say: There's not even that much money in the world right now ... 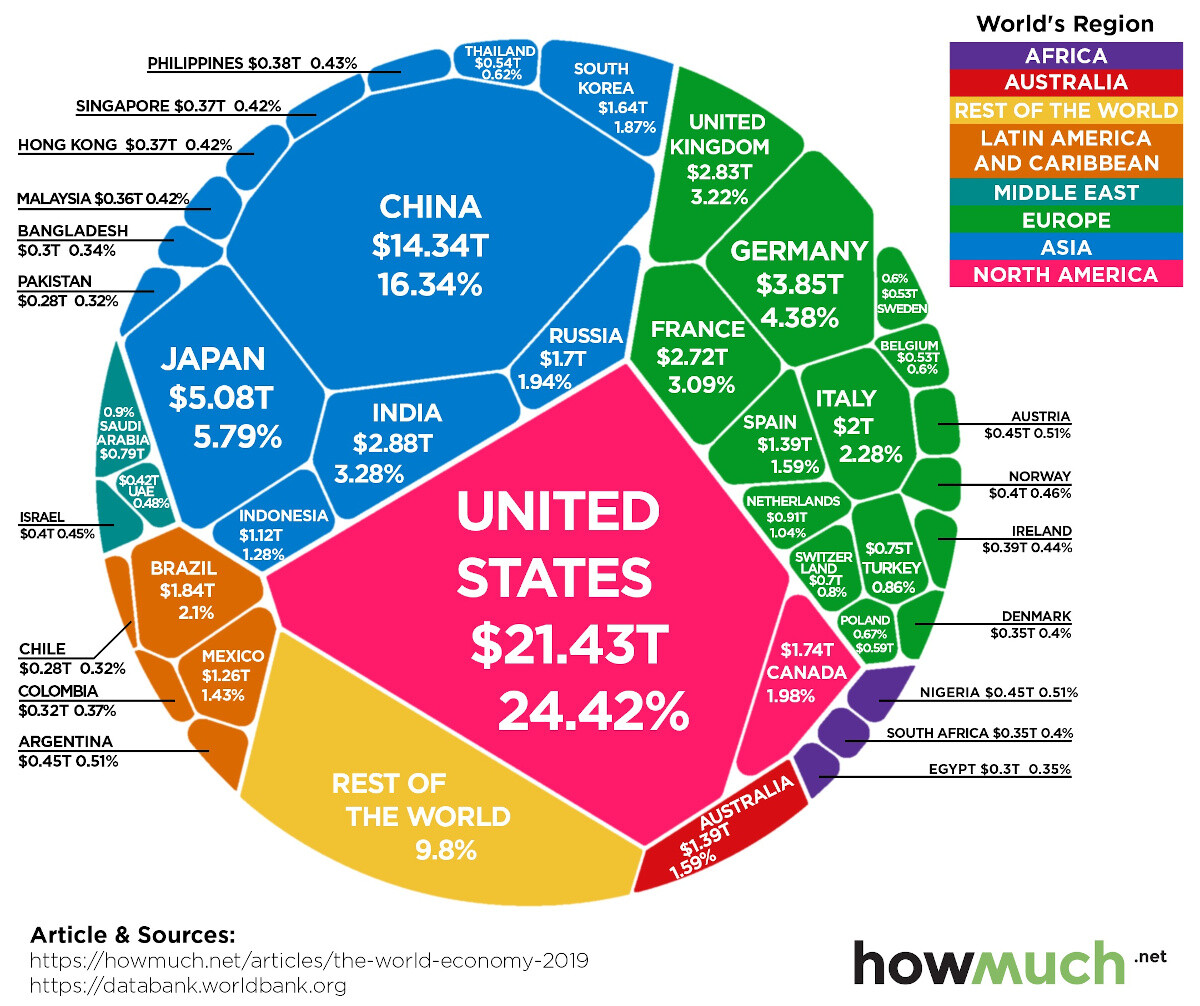 Above is an info graphic of the world's GDP, found thanks to @tvlachak ⁵ (in layman's terms, a country's pre-tax annual salary). Going in to the nitty-gritty with derrivatives, would extend this article (and maybe be confusing), so I'll just say: there's enough money in the world 🙃

Quadrillionairehood is possible to do in several ways -- including earning a sizable amount in one country and merely moving to a weaker economy and being a Quadrillionaire in technicality; or one can unfortunately be apart of a country who's inflation makes dollars today feel like gold bars -- unless they HodLed Bitcoin 😉 (not Financial advise).

So how do I plan to do this?

As of the writing of this article ₿1 (Bitcoin) equals:

In random news: this summer on Nigeria's biggest Reality tv series Big Brother Naija, participants won ~USD$500 in Bitcoin Core from a local Crypto Exchange for answering questions correctly ⁶. Much can be said about a this & its potential, but I'll move on.

Over on the other side of the world, Perth Glory from Australia's top Football [A-]league, opted out of being bought by London Football Exchange (which is heavily linked to Cryptocurrencies). ⁷

What do these countries & this news have to do with becoming in describely wealthy? ... technically nothing

Many living in top economies around the world will see at least Millionairehood in their lifetimes just by spending less than savings, while investing in the right assets (*cough* Crypto *cough* not financial advise *cough*).

Just think of where you can be, or what you can do with that kind of money! I admitedly had more than i knew what to do with once ... before these goals; story (linked here). The numbers maybe waaayy off after merely a day ¹⁰ -- regardless the point is that each of these pivotal markets are massive.

Those same industries in Bitcoin:

... obviously there aren't ₿5.5 Billion Bitcoin Core -- so these calculations look whack. Unless 1 Bitcoin hits USD$2.5 Billion (NO, even I don't want that to happen anytime soon).

All of which would massively boost the value of the aforementioned industries. After all, with so many countries out there just learning about Crypto, chances are ... sharing it with a new audience may start the next bull run.

I also want to address this:

A "more concise business plan", simply means: If/when I fund a project in another country, I don't want to be as over-leveraged as I am now; so others can rely on me. More on that later, next time on Dragon Ball ... er, another post.

Conclusion: By many's standards, you're already rich if you own any Bitcoin. (Not a Quadrillionaire yet, but maybe one day). What would YOU do with that much? Be philanthropic? Buy a small moon?