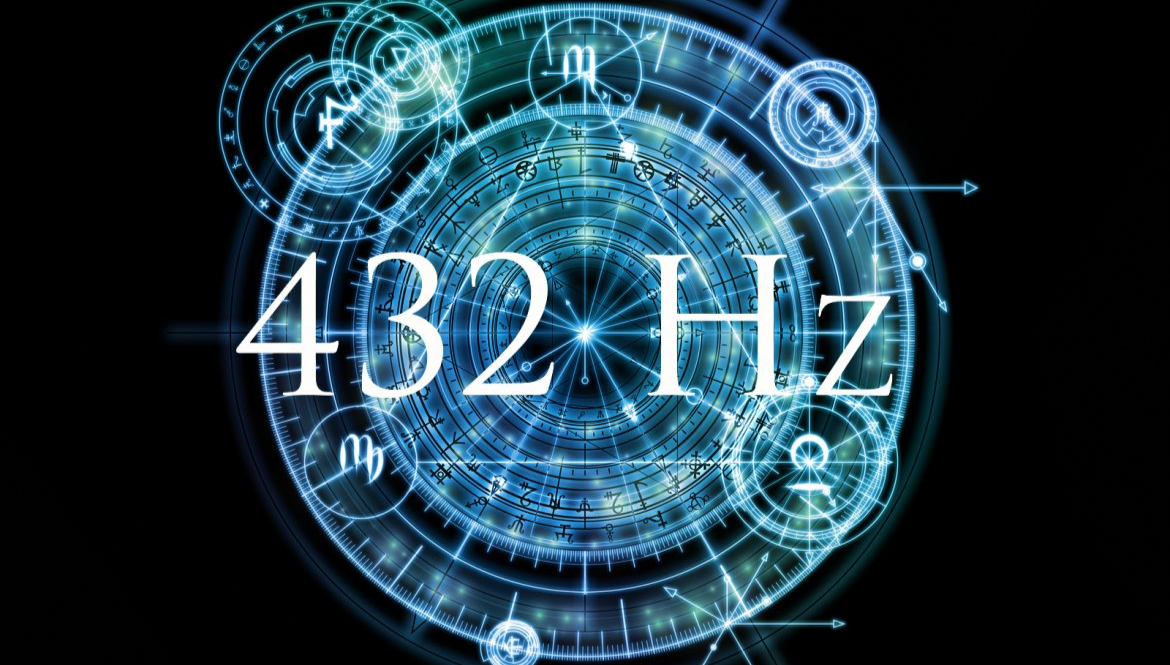 From some years ago one can read lots of posts about 432hz music. In this article I'll give you my reasons why I think it's false or pointless. It's a case of "first I have the theory I want to prove and after I search for the facts" and "I get a particular as an absolute". It doesn't mean that 432 music isn't good, in fact there are some examples of nice music with this tuning (in this post that gives me the idea of this post there is a nice music in 432hz, https://www.publish0x.com/djlethalskillz/blockchain-music-series-ie-et-original-chill-music-tuned-432-xjrqyw )

If you don't want to read all here you have a resume: tuning with diferent frequencies is not going to make nothing magic, but can give you diferent musical tastes, colours that can be interesting, but nothing more.

First of all I should confess one thing: I'm not sure about if I have or not absolute ears, in fact I think the absolute ears is an absolute limitation. Why? Because the fact that occidental music is tuned after the tempered scales doesn't mean all the humanity does the same and there are, in fact, lots of ways of tuning. So if someone have the ability to catch a sound and give a name in occidental terms, it means that that person maybe is averaging the sound and giving a name to a group of sound that are not exactly the same. Is like when we say and see white and the Inuits say and see lots of tones inside white.

The second thing I should confess is that the most of my life I've been tuning my strings with different references, 438, 442, 436… and sometimes in 440. And I feel comfortable with all because I have relative ears and I get the relations between the sounds, not inly the isolated sounds. It have been for different reasons: my first violin was my grandpa's one and it have natural strings that didn't support well the tension and my teacher told me to tune at 438 in order to keep the strings healthy. Then I played a lot with metal strings and I tuned 440. Later I use to play with winds and they ask me to tune at 442. When I take lessons of ancient music I use to tune my viola lower than 438. I remember me playing an A with a lower tuning and thinking "ok, I'm playing a low A or a very little up G sharp. And really it doesn't matter the name the you give to things, things are.

Another thing to have in mind is that if we talk tempered or not. If you do computer music, I'm quite sure you use the temperament, and also if you play piano or even guitar. But if you play strings or winds, you can "improve" your sound altering the "conventional" temperament. You can make a semitone bigger or smaller depending of the tone tou are playing. And probably you will do it without being aware of, but you will. Here the maths of Hz are going to be slightly different. In fact temperament is an artifice to make possible for a keys instrument to play in all the tones.

I have the conviction that sounds, like all perceptions, aren't absolute itself but absolutely relatives. We can measure the Hz of a sound, but it doesn't matter at all if it's isolated, we give them sense with our previous knowledge.

That's what my common sense tells to me, now let's dig in the arguments pro 432hz

The first time someone send me an "article" about this issue was several years ago and ther one can read that the change from A 432 to A 440 was a Nazi call in 1939. But there were others who proposed 440 as standard before, but as I remember the one who made the text forgot to tell in order to give more importance to the Goebbles part of this history (it's a pity that I didn't keep the link, but you can find yourself lots of people saying it). And the goal of this change was to put people's mind in a "war mode". Returning to 432 would return humanity to a "peace state of mind".If you make a little research on the history of tuning, you will see that this is a nonsense because there have been lots of different tunes.

After this I received other articles with other arguments all around the same idea of 432 hz as "natural tuning". They use the Scumann resonance as excuse to defend the 432 saying that the basic earth frequency is 8hz and that if you tune A at 432 then C matches perfectly with an 8 multiple. (Here you have an example of this kind of arguments https://attunedvibrations.com/432hz-healing/ ) if you read it with non critical view you can think, ok, it's reasonable, but let's consider a couple of things:

If you take a look to the posts and articles defending this theory you will notice a serious lack of external references. This is typical of pseudosciences, isn't it?

I'm sure if someone wants can find arguments to demonstrate that the real frequency of nature is 7, 9 or whatever number you want. At least numbers are a human way to talk about the world, but are not the world! And also hertz are a human way to count iteration, but not iteration itself! And seconds are also a human thing and… well, I think my point is clear.

Here is a youtuber that talks a little about it and plays different tunes in 440 and 432, you can hear; for me both are good! https://youtu.be/Rt3EAPDn-Ug

And here a "neutral" article https://www.btrtoday.com/read/friday-music-and-medicine-week/

In this blog I'll talk about the music I make, my music life and also the music I love, music ideas, concepts, history...