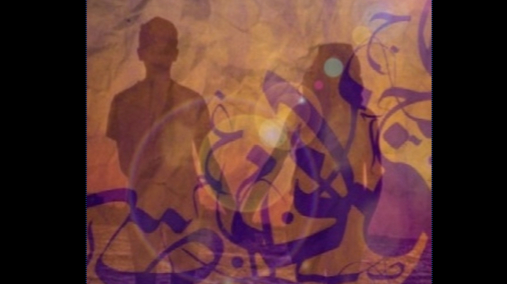 Please read the previous posts in this blog on this link:

In this post, we talk about language as a painting tool. I'm sure that when you read a novel, you start painting in your mind an image of what you are reading, you can even imagine the characters of the novel and you could even project these characters on people you see in real life. Your imagination gets excited when you hear words. Your visual senses and your brain work together to bring meaning and shape to what you read.

When I started looking at the Arabic language, not from the viewpoint of a native speaker, but with a critic's eyes, I find myself sucked into imagery. Arabic is a root-based language. Semitic languages are mostly root-based. They are different than many other languages that you may be using now.

A root-based language is a language the has roots that carry meaning, and all the words related to that meaning, mostly use that same root. For example, in English, a book and reading are not but a "reader reads some readings" are. In Arabic specifically, the root of a word is so versatile that, with adding few vowels in more or less a pre-defined manner, becomes a verb, a subject, an object, an adjective, an adverb, and even more. Arabic has around 16,000 roots, so multiply that with at least 5 words for each root. Hebrew, which is another Semitic language has only 400-500 roots. Latin has less than 1000 roots. So Arabic by far has more roots than any other language in the world.

The sad part of the story is that only around 11,000 roots are used today in the practiced language (education, books, and media). The rest are old Arabic that very few people understand and use. Quran is one of the most important reasons why Arabic keeps use of more roots. If not for Quran, at least 3000 or so other roots would have disappeared from the used Arabic, bringing the total roots used to around 8000.

Roots are the souls of the language, and if you know more of them, you can paint images with words. When you read old Arabic poetry, the language is so powerful that it gets you under its beautifully translucent skins so you actually feel that you are surrounded by infinite sands and alluring mirages of divine beauty. You could be hunting with the poet under the blazing sun or in the dead of night. You could see the woman that the poet talks about and smell her scent and get taken by her endless beauty. You could look the poet's horse in the eye while its dying after carrying you through the eternal heat of the sun, or part with your camel, which invites you to eat it when you have nothing to eat for days. You can dwell caves with wolves and befriend them and they consider you one of them, and they appreciate that you don't share their food when they hunt. Every verse of these poems paints a mental image that takes you to a new realm. All you need is but few words, and your imagination will take you to take you to other universes.

I've read the English poet greats, and the translations of many others, but the old Arabic poetry has no match if you understand it.

The Arabic poem is almost so structured to ensure it can captivate you. In its basic form, it will take you to the home ruins of the poets loved woman to remember the glances and the few spoken words, so you could cry, then describes the horse/camel the poet has in breathtaking details, and how it becomes one with him, then talks about the poet's clan and how he glorifies them even when they show enmity towards him, then talks about the real reason why he wrote that poem, and then gives his own wisdom in life, ending the poem with the most powerful and captivating words imaginable.

In case you reach to this sentence, I'd be more than happy to translate one of these masterpieces to you. All you need to do is just leave a message saying "Translate one". I'll do my best to give the most honest, heart felt, trusted translation to the words and why and how they are used, so you could appreciate the beauty of the poem. Also, if any of you are interested in some Arabic lessons / short nuggets, that teach you not only the spoken language but its real essence, please also leave a comment below.

Have a great day. More about Arabic later.

I'm a Native Arab. I love the Arabic Language. Arabic is very rich, eloquent and fluid. If you understand it well, you're in for many magical carpet rides. Arab poets knew how to tame it so well that they spoke the most wise, brave, touching, and sympathetic words ever spoken. I plan to bring some of this magic to you. so please take your seats. And I'll be more than happy to translate poems that you may request! Join me in this journey and prepare to be bewitched!