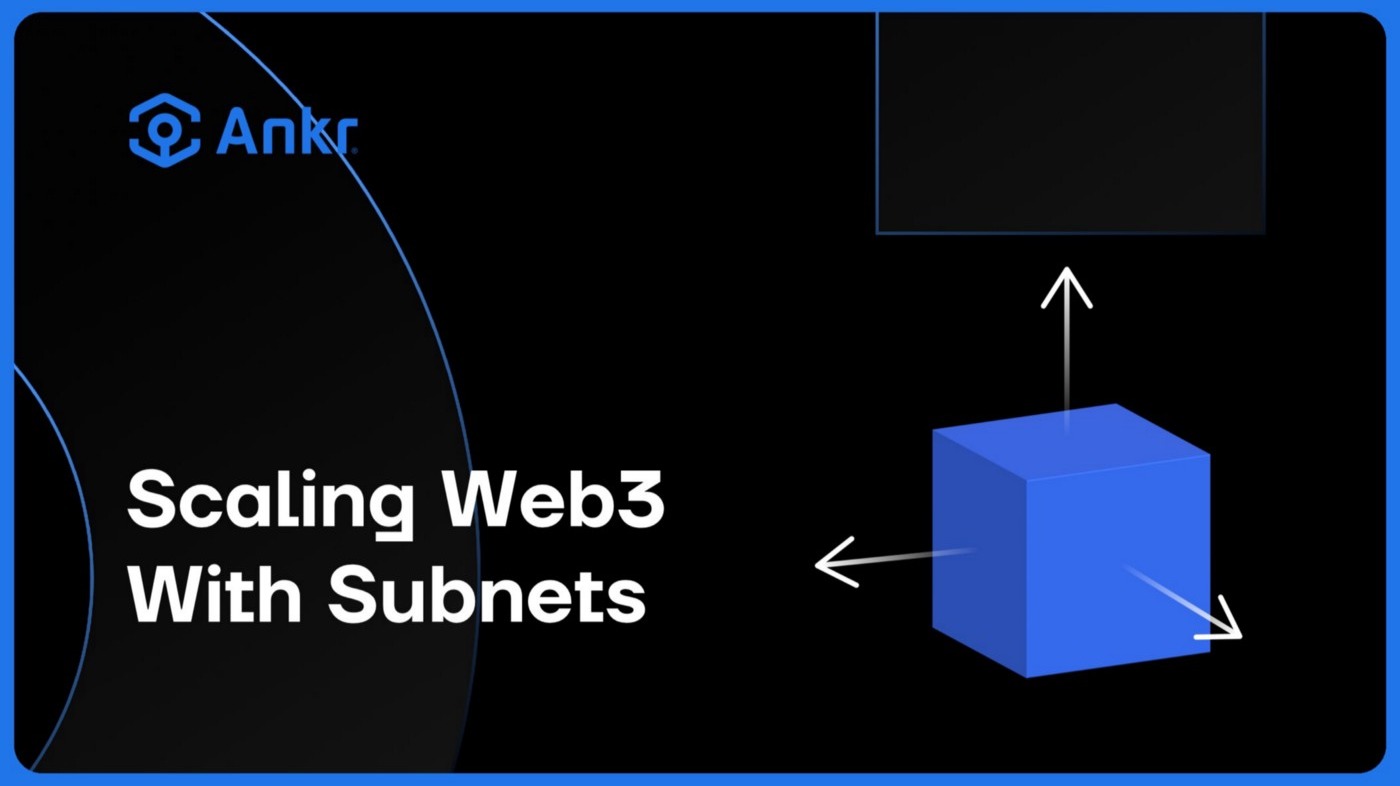 In the ongoing quest to make blockchains adequately scalable for enterprise-level throughput, all kinds of innovative scaling solutions have arisen. The latest development in scalability comes in the form of application-specific blockchains, or “subnets.” In this article, we’ll explain what subnets are, how they’re currently being used, how they make dApp development more flexible and scalable, and Ankr’s role in facilitating their continued development and success. Let’s dive in!

What Are Application-Specific Blockchains, or Subnets?

There are a few ecosystems pioneering the idea of application-specific chains under slightly different names. Polygon is rolling out “Supernets,” Binance Chain is creating “BAS,” and Avalanche simply calls them “Subnets.”

The Advantages of Subnets: Flexibility & Scalability

So why would a developer choose to build their decentralized application (dApp) on an application-specific blockchain (or subnet) instead of building it on top of an existing blockchain like Ethereum using smart contracts? There are a couple of reasons.

First, smart contract development can be a bit more rigid than most developers might like. Without getting too into the details, smart contract development relies on particular programming languages and the constraints of specific virtual machines like the Ethereum Virtual Machine (EVM). By developing on a subnet instead, developers are afforded much more flexibility. They can choose which programming languages, consensus mechanisms, and development frameworks they want to use. And if a ready-made solution isn’t suitable, they can customize and tweak the components as they see fit. If more security is needed, it can be added. If they want to use custom cryptography, they can.

Second, subnets are designed to be more scalable — meaning they can process more transactions quicker and cheaper than doing so with smart contracts on a Layer-1 blockchain. Smart contracts on a Layer-1 are all run by the same virtual machine (e.g., EVM) which means they end up competing for resources. Imagine a world where hundreds or thousands of dApps are all reliant on one virtual machine and are simultaneously trying to serve their respective communities — the network congestion adds up fast.

When considering high-throughput use cases (like decentralized gaming, for example) that entail millions of simultaneous users processing hundreds of millions of transactions (think avatars, items, NFTs, and other in-game transactions), the need for extreme scalability that subnets provide becomes abundantly clear. There’s not a blockchain in existence that’s currently capable of supporting the network traffic of, say, a wildly popular Web2 video game. At least not in their current state.

This technological innovation rallies behind the mantra, “one chain, one game,” though its use cases extend far beyond just decentralized gaming. Any type of dApp can benefit from living on a blockchain that only operates a single application. This way, there’s no competition for storage or computation, and scalability is allowed to thrive.

Although once under the radar, the promising potential for subnets to boost blockchain scalability and catalyze more Web3 development in general has been recognized by industry-leading networks such as Cosmos, Avalanche, and now Binance.

In March 2022, Ankr announced that it worked closely with Binance Smart Chain (BSC) to release the first Binance Smart Chain Application Sidechain (BAS) testnet alongside Celer and NodeReal. The BAS testnet is a framework for creating application-specific blockchains dedicated to dApps in the BSC blockchain’s ecosystem. Ankr is proud to continue supporting the Binance ecosystem as an infrastructure partner, and to help usher in the next era of scalable development with subnets.

With the implementation of BAS in 2022, dApps running on BSC sidechains can expect to enjoy extremely low or near-zero transaction fees, alongside higher throughput and more flexibility from a development perspective. In particular, BAS will allow considerably more data- and volume-intensive projects such as Web3 games to run simultaneously within the Binance ecosystem without running into barriers of scalability.

Though still a relatively new scalability solution, subnets are well-positioned to greatly increase the throughput of particular dApps and the rate of Web3 development as a whole by giving developers more tools and flexibility to do what they do best: build.

And, as one can imagine, with an increased number of individual blockchains dedicated to individual dApps, the need for node infrastructure will increase as well. One dApp may very well need dozens of servers, nodes, endpoints, validators, and more to operate as an application-specific blockchain. Therein lies the tradeoff, and there also lies another opportunity for Ankr to address a need in the market.

In the future, Ankr seeks to provide additional node infrastructure for application-specific blockchains, as well as to potentially expand its existing validator node offerings into a validator-as-a-service offering to help establish new subnets. As the fastest growing — and an increasingly decentralized — Web3 infrastructure provider, Ankr is perfectly positioned to serve the infrastructure needs that will likely arise with the proliferation of application-specific blockchains.