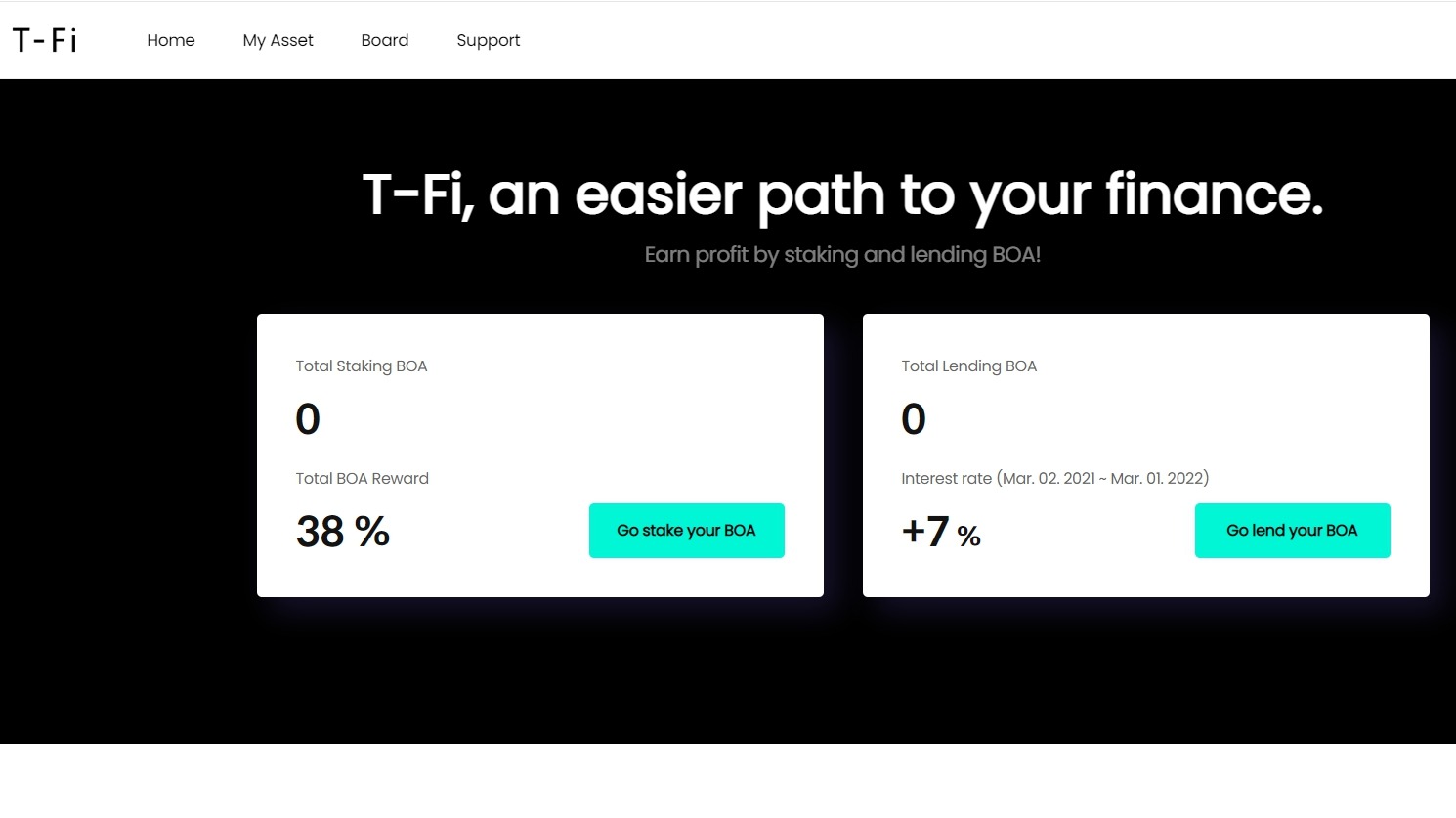 Bosagora has unveiled the first of the many decentralized applications expected to launch and run on its blockchain platform. The protocol named T-Fi or True Finance utilizes advanced decentralized financial models for bridging the traditional economies and the Bosagora ecosystem.

For Bosagora, this unveiling marks the first step to achieving an increasingly decentralized landscape. Also, it will culminate in the launch of the platform’s mainnet and its unique smart contract architecture by the end of the year. In the coming weeks, Bosagora intends to kick off a pilot operation that will expose users to the core functionalities of T-Fi.

According to the announcement released on the 17th of February, T-Fi provides income-generating opportunities to users. Node operators will receive rewards for creating new blocks. Likewise, those who lend staked BOA, the ecosystem’s native coin, will generate fixed interest. Lastly, the protocol pays income dividends to users that participate in the Securities Token Offerings (STOs) of projects that have partnered with Bosagora.

Notably, Bosagora has adopted a 1-year maturity model for T-Fi lending service for the first half of this year. Hence, lenders cannot withdraw interests until a fixed 1-year maturity date has elapsed. Once this condition is met, the platform will pay a fixed interest of 27% to lenders. Another notable implementation is that Bosagora will allocate 37.8% of the total BOA coins supply to node operators as rewards for generating new blocks. This is arguably one of the highest reward allocations by a Proof-of-Stake-based blockchain network.

“With the vision of building a better world, BOSAGORA is happy to provide safer and more convenient financial service via T-Fi,” said Kim In-hwan, Chairman of BOSAGORA Foundation. “BOSAGORA will create a financial ecosystem that is transparent, fair and beneficial for all through T-Fi.”

More importantly, Bosagora plans to create T-Fi Labs, a separate entity tasked with the responsibility of investing in real economies, operating nodes on behalf of Bosagora, and paying fixed interest to lenders. Besides these core responsibilities, T-Fi Labs will also run an exchange where users can trade “lending voucher tokens.” T-Fi Labs is slated to launch on the 22nd of February when it will begin to accept participants for the initial pilot operations of T-Fi.

Like a majority of newly introduced open finance applications, T-Fi proposes unique sets of solutions to recurring DeFi challenges. T-Fi advocates for a more stabilized and non-vulnerable approach to decentralized finance, albeit with less complex infrastructures. It focuses on integrating the appropriate system for investing in real economies via distributed and open technologies. Hence, the platform has implemented a structure that is reportedly unsusceptible to manipulations and flawed profit mechanisms associated with DeFi applications.

Furthermore, T-Fi has incorporated a traditional investment scheme that permits users to profit off real economies. Unlike DeFi implementations, T-Fi hopes to enable universal participation by bridging the gap between conventional opportunities and blockchain infrastructure.

To this end, Bosagora partnered with FMway last November to integrate seamlessly with the stock markets. FMway has a proven data-based stock algorithm that analyzes the historical data of the stock markets of 12 different countries and generates annual average earnings of 39.7%. This partnership makes it possible for Bosagora to bring stock and other real-world investments to its blockchain.

However, for this to materialize, Bosagora must establish a decentralized model for tracking real-time off-chain data. It must find a way of allowing BOA holders to access the stock investments of FMway directly and record activities on the blockchain. Therefore, it has partnered with Chainlink, the popular blockchain oracle, to set up a functioning means of using staked BOA tokens as collateral for loans invested in FMway’s algorithmic trading strategy. This deal will provide Bosagora’s trust contracts with real-time exchange rates between fiat currencies and BOA.

Ultimately, Bosagora looks to set up fair, legitimate, and transparent financial iterations through its democratized and collaborative decision-making system called the Congress Network. This architecture allows users to execute programmable blockchain transactions and help developers to build trust contracts in an enabling environment. Bosagora also plans to expand the functionalities of its blockchain platform by incorporating external data and services. it is safe to say that the unveiling of T-Fi is its first attempt at achieving these lofty goals. 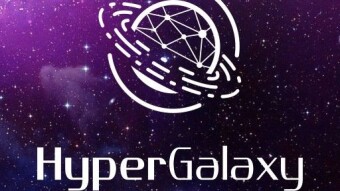 HYPERGALAXY: Why I’m jumping in! 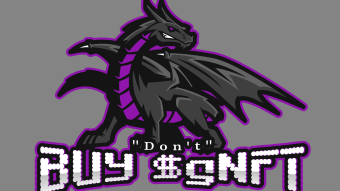 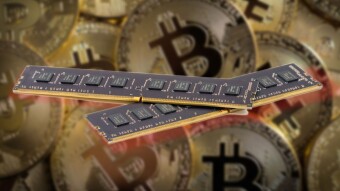