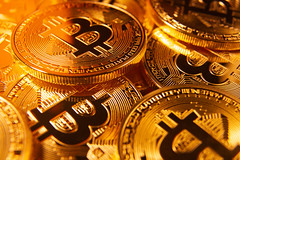 How to raise crypto awareness through Bitcoin?

I think that comment refers mainly to employees who work very hard, so they come back home, very tired without wanting to do anything else and they may lose great investment opportunities because they fell into the comfort zone. I think you’re that it’s hard work, being smart, I would add also going after it without any fear no matter what they say, being persistent and dedicated.

First I came across with the word Bitcoin 7 years ago, when 1 BTC was around 100 dollars. I remember I told my fiancé to buy it. But we didn’t because we had other things to pay. It’s when you are on an automated pilot of paying your monthly bills, so you lose this great investment opportunities. Once I saw in a store one sign, that people who work too much, they don’t have enough time to make money. It’s a completely controversial statement for the belief we have been conditioned to.

What a big mistake I made back then! Sometimes if you believe deep in your guts that something has a potential you should go for it! It doesn’t matter if you lost, at least you tried it.

Bitcoin has been considered as the best investment opportunity of this century by a prestigious magazine Forbes.

When someone asks me: What do you do for living? I proudly answer them: I am a crypto blogger.

Then another question which follows is: What are cryptos?

I answer them back: Have you heard about Bitcoin? Most of the people start to answer themselves: Oh, yeah the digital or Internet money.

And I reply back, there isn’t only Bitcoin: there is also Ethereum, Bitcoin Cash, Litecoin, BAT and of course 1UP token.

Then I start to approach them by making Bitcoin flattering in a simple way:

Some of them ask me: “How the f*ck you converted 30 dollars into 100 million dollars?

Is it possible?” And I tell them yes: It’s the law of supply and demand and people want to have something that doesn’t lose value as traditional currency. I don’t use the word fiat because it’s too advanced. Now you can buy Bitcoin in US, Canada, European Union, Mexico, Japan, Africa, etc and it’s worldwide accepted.

Some people reply back:” Oh, I lost that opportunity of great returns. And I reply: Not at all.”

When you reply you have to back up your statement from a prestigious company: So I say: “JP Morgan forecast the value of Bitcoin in few years to reach 250,000 dollars, some people go for million. “

Now during this dialogue, I also recognize the overwhelming fact of Bitcoin volatility:

To lure them with Bitcoin, I add:

When people see the enormous profit they could have made this year, I ask them, how much interest rate does a Mexican bank offer you for your saving account per  year: they answer between 5 to 8% per year. That means basically you would need at least to have that money invested in your bank for 20 years, here you could have made it in 5 months.

Check this out: I don’t mention nothing about support and resistance level, moving averages related to Technical Analysis, when you discuss this with people out of crypto – that’s too advanced for most of them. I prefer always the simple explanation.

What is the result?

Some people are motivated to invest, I saw that attempt more in younger generations who are willing to take risks. The older people have more risk aversion.

But I also warn them that there is also a high volatility in crypto and some people can lose some % of money on the short term. If you invest in Bitcoin or in crypto, you have to look after them like after your kids. I tell them every day check Coingecko stats.

Because I don’t wanna hear any claims later, that they lost money in pesos because of my recommendations.

Then I explain them the details how to buy Bitcoin in local exchange. Some people think that they have to invest the 10,000 USD and buy the complete Bitcoin.  There comes my expertise: I tell them, you can buy in Oxxo (a well known convenience store in Mexico) Bitcoin from 100 pesos = it’s around 5 USD plus the commission. I recommend you to begin with 1,000 pesos at least but it depends on you.

Then some people ask me: And when I gain 100% can I withdraw my Bitcoins? Absolutely yes, if you see that the market is unstable, in the same account you can convert Bitcoins in pesos and withdraw your profit or everything, it’s up to you. All these money you can wire them from there to your bank account. But of course, it’s a long term investment, there will be up and downs because it’s volatile.

I’ve also seen that some people are scared to invest in Bitcoin because they want to have everything save. However I tell these people, did you see what happened with our Mexican peso in the last 10 years, it was 11 pesos per USD now it’s hovering around 20. People with “safe” investment in pesos lost around 80% of the value of our national fiat vs USD. And I challenge them, what happened during the Great Recession in 2009? In few months our national currency lost 50% of value. Maybe they won’t go for it but I inserted the seed of doubt at least in their minds.

There is a leftist government in Mexico, which started to use money from Pension Funds to finance some public project, one of this projects has been cancelled and the 4 pension funds (We call them Afore in Mexico) lost their value up to 20% in the stock market. So I tell them, if something dramatic happens in our or world economy, have a plan B. Because I don’t trust to any government.

Have you met Bitcoin haters?

Yes, I have. They exist. These are the people who usually have zero knowledge, like some people in mass media who are making very stupid comments about cryptos on National TV and some people believe them.

Or they could be also a very educated people with Master Degree or PhD, both options exist.

Once I gave a presentation about it to students of Bachelor’s Degree at one university, and one very good professor of Finance has been making comments that Bitcoin was like playing in casino, which I strongly disagreed. And I showed them very quickly how to establish chart patterns of Uptrennd, Downtrend or Flat trend. But without going deeply into technical indicators because you cannot cover all those topics in 1 hour and 30 minutes.

There is one problem with this: one negative person sometimes can convince other people. So I don’t mind, the only problem of that is that they may take away the real opportunity to make money to other people.

Now there is another part: Some people dislike that Bitcoin is that expensive, and that they could afford only to buy let’s say 0.02 BTC.  I tell them if you want complete numbers, you can buy other cryptos as well, for example 1 Bitcoin Cash is cheaper, 1 BCH is 300 USD.

Here comes up the positioning of Bitcoin: Bitcoin is considered expensive by some people and some people already consider this crypto for richer people, but we have lots of other options.

If someone is really interested, I tell them about Coinbase card, and I tell them, imagine you invested 0.1 BTC in March, so you had 400 dollars in that card. Then you spend on your brand new Addidas sneakers 200 USD, so the balance in fiat was 200 USD and it Bitcoin 0.05 BTC, but guess what? You didn’t use your Coinbase debit card for 3 months and on June 26th 0.05 BTC was 670 USD. So you earned 570 dollars in 3 months. Some people remain petrified? How’s that possible  you spend half of your balance and then in few months you have there 470 USD more.

I reply: That’s the Bitcoin Magic

These facts based on conversation make people really interested in cryptocurrency and especially in Bitcoin.

This is the end of Part One, I will continue with Part 2 tomorrow. Stay tuned.