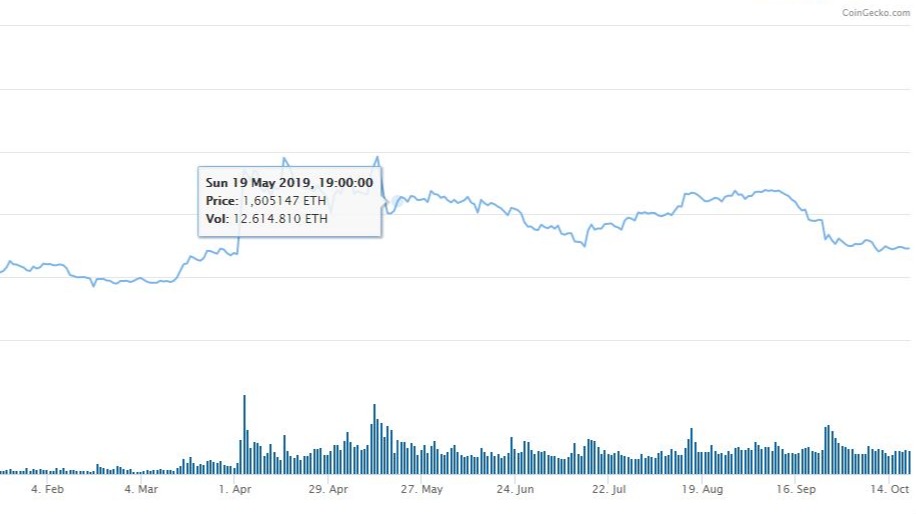 Ethereum vs Bitcoin Cash: The rivalry keeps going on

From top cryptocurrencies, besides Bitcoin I follow a lot Ethereum (ETH) , Bitcoin Cash (BCH) and Dash.

But I sometimes follow them by comparing them directly. I go to Coingecko and type: BCH/ETH.

Last year before November’s slump, ETH/BCH exchange rate was above 2 ETH per 1 BCH. This situation changed in the second week of December when ETH was little bit more expensive than BCH. And it continued in February and first two weeks of March. It was around 0.95 ETH per BCH in average.

On March 15th, both currencies reached parity status. In 2 months BCH made a stunning comeback, from 123 USD it flirted even with 550 USD levels. In May Bitcoin Cash hit its max levels vs ETH twice, when 1 BCH was 1.96 ETH.

When the ALTs crisis started to manifest, BCH's value has been gradually decreasing. What surprised me during the last month was when ETH lost around 40 USD to hit today’s level. But Bitcoin Cash was having even weaker performance, going back around 100 USD. Today the exchange rate is 1.23 ETH per 1 BCH.

Ethereum wasn’t doing well until September, then it stopped bleeding in satoshis and started doing much better since the last month against all odds. Vitalik is defending its second place in crypto world.

I started to believe much more in Ethereum than in other top cryptos. Despite the recent bearish market levels, it’s getting maintained in reasonable levels.

Do you think ETH/BCH will reach parity again?   If you think so, when will it happen?