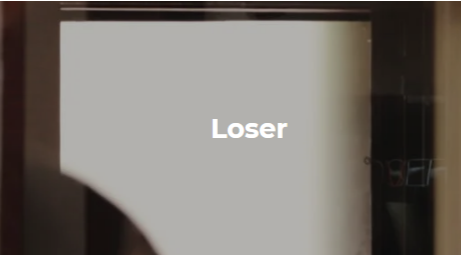 For me, someone who fits the words stated in the title is a human being who has a man's gender but never wants to be responsible for himself, or alone the people who live around him (especially his family).

A loser is also not like a human being who only has a physical weakness. But it can also apply to someone who has a good physique but a bad soul or character.

Why is that? Because from the problem of nature alone, it is clearly inappropriate. When women are responsible and men are just relaxing. Women who sweat, then men who make up. So it is appropriate to put the word Loser for a man who does not have a sense of responsibility and empathy for his own family. Especially to himself.

Many examples of cases in life to find this kind of man. Those who violate nature cannot accept the existence of their identity or bad behavior who feel that they have power and instead abuse their power. The abundance of parasites on a shady tree can secretly kill the main tree that protects it.

Losers are like parasites for me personally. And it feels like when I say this word, thousands of feelings of anger come out considering how in my personal life I want to teach a lesson that is quite painful for people like that around my life.

There are thousands of hatreds present for the behavior of a man if he is confronted in front of me who behaves like this. It can be said that if I am not afraid of problems with religious law or the state, I would like to kill a man like this.

Maybe this is born from a trauma, or pain from what has been suffered or shown in the past. Where a woman who I respect and love (Mother) should not be used as a breadwinner or as family support. But journeys and life stories like that become a valuable message and whip for me personally as a man. Makes me have to be able to stand on my own feet and will always try my best for my own family.

If you are a man, realize your nature as a man. Remember that the burden on your family and yourself is in your own hands, not in the hands of a woman who holds the title of mother, sister, wife, or child.

Being a man is a nature that must be said to be heavy that a man can carry. The words strength, leadership, the main character in the family, and other things that are violent have clearly been created to characterize the physical and mental characteristics of a man. Able to protect, nurture, and provide warmth and maintain security and harmony in a family. Do not let go, easily discouraged, let alone take advantage of other people.

But he doesn't have to be arrogant with the strength he has, he also has to be gentle so he doesn't look stiff or have empathy for the circumstances that apply in the end.