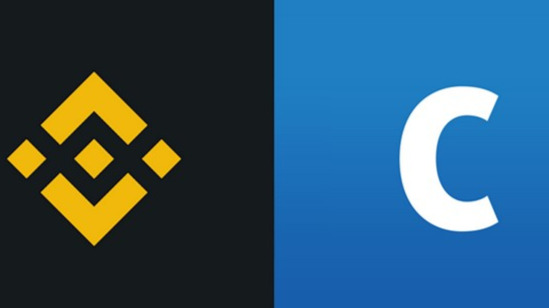 Coinbase announced its withdrawal from the Blockchain Association, because of Binance.US?

Exchange operator Coinbase announced that he would withdraw from the Blockchain Association, after admitting he had a formidable competitor.

In a letter addressed to the Blockchain Association on August 11, exchange Coinbase said it had decided to withdraw from the organization.

The recent actions of the Blockchain Association have left Coinbase quite disappointed.

Although not mentioning Binance.US, some insiders believe that Coinbase's departure is definitely related to Binance.US's recent membership of the Association.

“Certainly the Board of the Association can make a change in the selection of members but recently we find that this change is not appropriate. So we feel that we are not suitable to stay to implement the Association's goals ”.

In a statement, a Coinbase spokesperson added that "the departure of Coinbase will likely undermine the reputation of the Blockchain Association and make it increasingly difficult for the Association to achieve its goals and those of its members." .

Speaking of which, the Blockchain Association also tweeted that:

"Coinbase, one of the most important members of the organization chose to leave at a critical moment, we are very disappointed with this decision of Coinbase."

"However, we believe that we have complied with the membership selection criteria and respect the opinion of the majority of the Board of Directors"

The Blockchain Association says other members are still functioning properly and that the organization will always welcome new members.

For Binance.US, a subsidiary of Binance operating in the US, declined to comment on Coinbase's departure.

3 Years in cryptocurrencies analysis. Hope that we all are winners

This Blog will recommend altcoins that's worth to invest