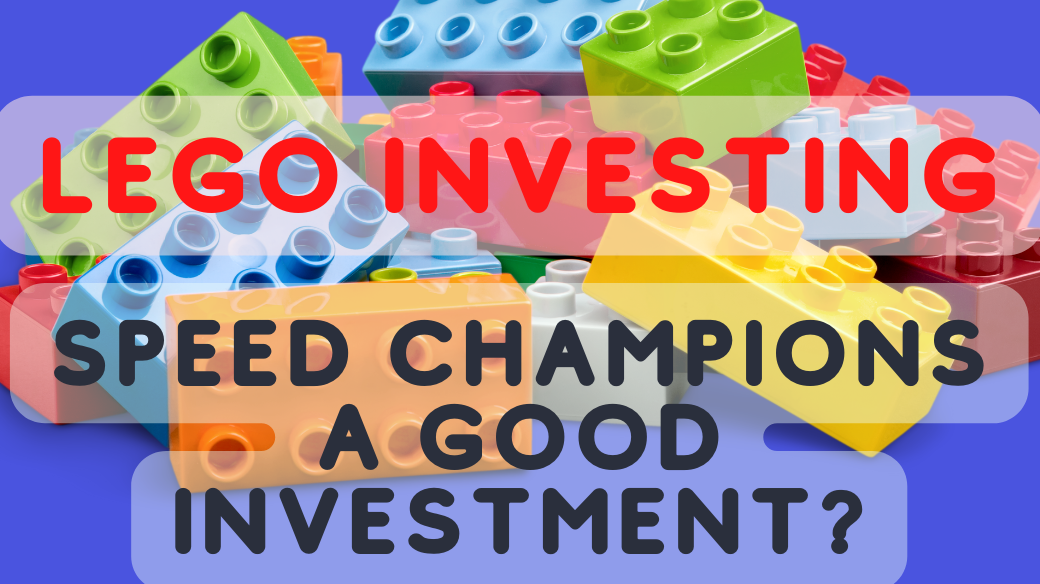 Year 3 of our speed champions research and we have seen some good trends, as we get closer to the sets still on the market and our next investments. 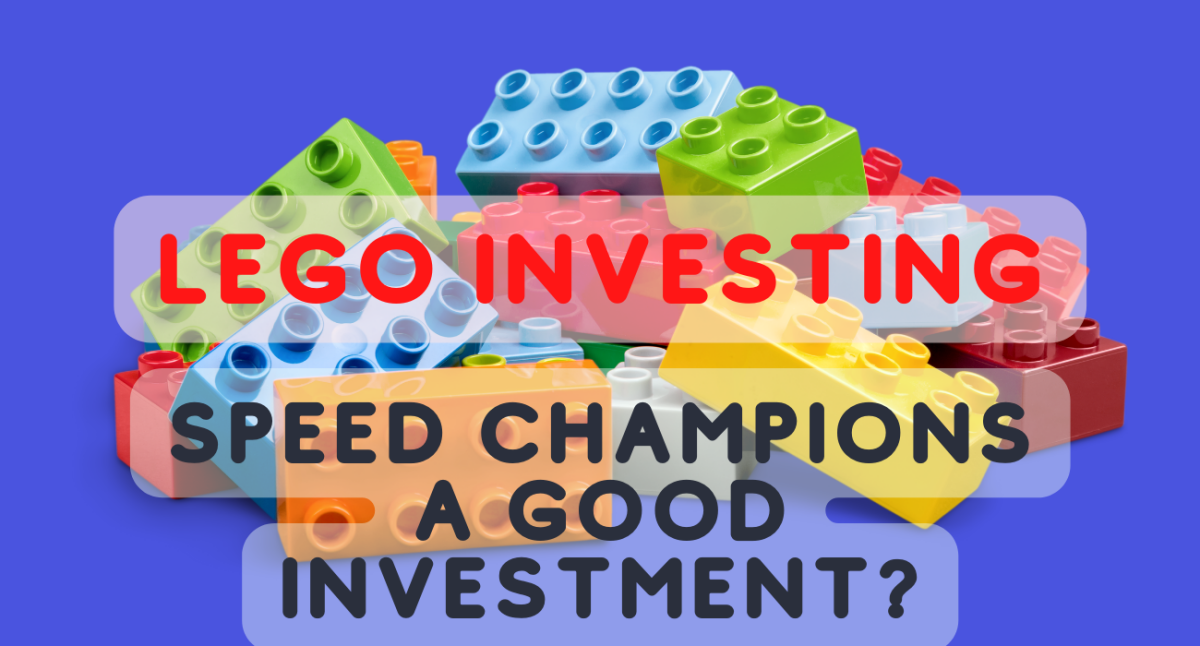 2015 and 2016 research has shown us the consistency of post-retirement price increases and particularly the power of the smaller sets priced at £12.99. The equivalence of now would be £17.99 Lego sets

The first of our 2017 sets is a lovely little Mercedes AMG. We can’t quite see what it was doing whilst on the market, but post-market a year after retirement we were comfortably at £35 on amazon making a 100% return on investment locked in.

Now a couple of years later it is sitting at over £60, another win for the cheap speed champions sets.

Another 2017 set, performing very well post-retirement was the Bugatti, which you again would have wanted to get at 20% discount, and then a year after retirement December 2019 we were hitting £60-70 now that is an almighty return on investment

Absolutely mega return, I mean even in December 2018 where seemingly it went out of stock for a long time it was punching at over £30

Now the cheapest you can get on amazon is £100

Another very cheap set that has done extremely well post-retirement.

Being a big formula one fan my eyes always light up when I see Lego formula one sets, and I am sure as a consequence these do well post-market. Ferrari big fan base, surely a big collector's item. I am putting it out there before I delve into where it has risen to.

Again £10 was our golden price target and this was hit lots of times whilst on the market. A year after retirement this would have been selling for £30 so indeed 100% ROI. Once again it has continued to grow, sitting for the last 3 months at £70+.

Personally, I am still keen on going for the 100% after a year but longer-term holds are doing well also for the speed champions sets.

This wasn’t on discount as much as other sets, but I would be confident in picking this up in some places at 20-30% off at some point, a year after retirement it was selling for £30. So again 100% ROI, and that is a clean sweep for all of these cheaper sets in 2017 with ease.

Another 12 months saw a rise to £50 and then since a plateau at that price but an excellent investment once again.

This set is similar to the Chevrolet set at the same price mark the year before, which performed swimmingly post-retirement.

Never really discounted hugely best was about £5 maybe a little bit more. But even with that a year after retirement at £85 on FBA you would have been looking at 100% ROI, and then since then potentially £120-150 if you had held for longer.

Certainly, a great hold and guarantee that 100% return on investment even without much of a discount, grab this set at 20% off somewhere and you are laughing

This set breaks from the mould of the others only out for 9 months a whole year less than the other sets. Perhaps a sign it was not selling as well. Post-retirement amazon was still in stock throughout 2018 so the raise a year after retirement was not as strong. A further year looking at end of 2019 beginning of 2020 you were looking at getting the 100% ROI had you bought this set at a discount so need to hold for a bit longer.

Now you can expect to pay on amazon £150-170, now don’t get me wrong this is still a good return on investment, but just not as strong as the others. A lot of money for just the one car this set with the rest being mechanic sets. There are some lessons here I think.

Now an almighty expensive set 75883, and I am going to be biased, because I love F1 and I love Mercedes, but this set does look good. Although I have to say and this is to be said for all of the new speed champs sets … the newer cars look a lot better.

But again I would expect this set to do well, however, a very high price point makes that 100% ROI further away potentially.

There were a few times where you could have got this set at £60 and 20-30% ROI is what I would have wanted. One year after retirement we were looking at £130 so after fees not quite there on the 100% ROI, but early 2020 so just after a year we were looking at £160 much easier to get that price point then as it then crept closer and closer to £200 and now above occasionally striking £300

Conclusions on the Speed Champions sets to date

We still have a couple more years that I want to have a look at to get some clear conclusion for speed champions as we look at the current sets, but we have some recurring themes, first, it is clear the lifespan of a speed champions sets seems to sit and 21 months, will that change with the others?

Secondly blindingly clear to me is that the smaller speed champs sets are a great buy, very solidly looking at 100% ROI after a year of retirement. The bigger sets have done well, but perhaps not as clearly.

But I would like to diversify a little bit, but with the smaller ones, buying is cheap, selling is quicker you can then build and build upon that as well.

One thing is for sure unless things take a big dip in future research speed champs I will be coming for your later in the year.

Check out our other research on Lego sets in Technic and Harry Potter.

As well as which Lego technic sets I am looking at buying this year, and equally which potter sets I have got my eye on and why