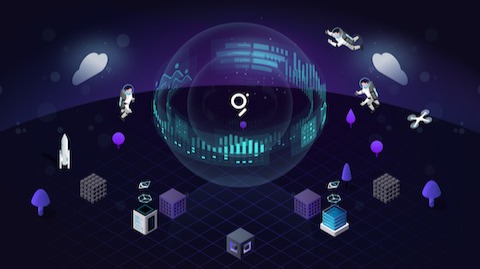 The Google of Blockchains - The Graph

When the abstract transforms to physical, the emanation of its idea can spring forth like blooming flowers you’ve never seen.

Similarly, an idea back in 2009, becomes a well-known cryptocurrency market today and the data generated from blockchain networks expands vastly every day. There must be something to organize that right?

Yes, and one of the methods is the indexing method.

For example, Google has mastered their indexing method on their platform so billions of people can benefit from their fast, efficient, communicative service every day.

In the same way, the Graph is a decentralized indexing protocol for developers and consumers to query data from blockchain networks.

Okay, let’s back up a bit, what is the Graph?   What is indexing?  And where are the free rewards?!

The Graph has created an indexing protocol to allow different developers or companies to add their blockchain data into Graph in a form of the subgraph, and these subgraphs are well-organized in a way that they can all be linked back to one big global graph, for super convenient access and query across the internet, in a decentralized fashion.

In early 2019, the Graph has successfully launched the host service and since then, It made it a default part of the Web3 stack. Subsequently, by the end of 2020, they opened their GRT token sales.

The Graph is now powering for Uniswap, Synthetix, Gnosis, AAVE, Aragon, Moloch, Decentraland, and many more.

So what is index and what does the Graph do?

Indexing is a quick, organizing method to find a piece of information, or in the mouth of computer science; querying the information. Without going through page by page, again and again, when a book is indexed, the system can quickly identify the queried information by knowing which page has contained that piece of information.

Consider this table,
if person A wants to find what contains in the number 18, the system needs to go through one by one in every column to detect, until all of the 18 rows come up.

The database would have to search through the table for all of the potential instances of the company_id number 18 in the company_id column and then return request again and again.

After indexed the table, it would look like this:

This way, the database can search for company_id number 18 in that particular area and return all the requested columns till the desire number 18 of its row is matched, when the system hits to number 19, it will automatically know to stop searching and the query is finished.

As you can imagine, data in crypto space isn’t only like this a table of columns containing a few numbers of information, it’s a super enormous space with flying data all over the networks.

Instead of going into the book page by page, the index system will ingest the available data and sorted them alphabetically (depending on which preferences), and store the data in a database afterward.

A typical blockchain has way too many blocks, so blockchain companies would develop something called,” blockchain explorer”, like the Etherscan.

The same process, ingesting all of the data and storing them in their database. But companies that build their own database aren’t fully decentralized in a sense and accessing in between their databases back and forth is a headache for both querying developers and consumers.

So what’s the solution? the Graph emerges as an indexing protocol to help organize gigantic, yet mundane data in one place. That explains why people label it as the google of blockchain. It cooperates with blockchains, storage networks and P2P networks.

But it takes one step further, this protocol is an open-sourced API, allowing different applications to access this database easily. Open-sourced API also means everything in Graph moves toward to transparency and fully decentralized, as everyone can access, edit, view and suggest in the process of the whole development.

API stands for Application Programming Interface, which is a software intermediary that allows two applications to talk to each other. When you ask for the weather on your phone, API does the work for you behind the scene so the relevant information appears seconds later.

whether it’s a flight booking agency site or Whatsapp business talk in chat, API helps line up things together and exchange responses to the screens of both parties.

In the same way; any data in the Graph can be used as API, in the language of GraphQL. They are what we called subgraphs, for anyone who wishes to build, query, interact and publish with those data.

Because the system has already determined these subgraphs derive from the global graph in the beginning, so all of the world’s public information (that stored in their database) can be composed back into One.

Check out how many network participants have joined the Graph here! It has now become one of the core infrastructure projects in the crypto space.

Now, how the Graph works exactly?

There are four main roles in the process and rewards are in place so everyone can do their jobs properly.

Network participants - Indexers
Indexers are the node operators in the Graph. They can join the network, by staking GRT (The Graph Token) tokens and running a graph node. They’d create a subgraph for their indexes.

Indexers earn rewards by indexing subgraph and fee - for those who query on their subgraph.

They can also set prices on their services, so each indexer would compete with one another to ensure the highest quality of their data. Pretty much the same as today's data provider outside of the crypto space.

Approvers - Curators
After the indexer has staked their tokens and transformed the data in subgraph format on the site, curators come in and signal how valuable it is.

Curators use GRT tokens to signal subgraphs of their worth.

Curators can be developers or end-users. The system will Incentivize the curators according to the popularity of the subgraph proportionally. Meaning: The more people query these data, the more incentive they get.

You can be a curator right now, but read the curator 101 first!, by clicking in one of the projects and on top of the right side there is a button call "signal".

Stakers - Delegators
They take the GRT tokens on behalf of indexers, to earn rewards and fees. It’s pretty much like staking their tokens for what’s worth.

Dispute settlers - Arbitrators
They will step in when the indexers provide incorrect data.

The Graph protocol also has The Graph Council overseeing the entire ecosystem.

Now, it comes to the most exciting part of this article (I KNOW!).

You can now earn up to $4 GRT tokens via Coinbase after completing their simple lessons.

Surely, you have no problem with the lessons considering you have read what I’ve just explained above (smile)!

Enjoy the earn and give this project a go if you’re interested.

Hi, I like reading and writing; poetry, articles, and stories. :)

I hope you can find things useful here. A space for crypto enthusiasts to join together!