Animes in my Childhood

Animes in my Childhood

I started to get hooked up to anime 5 years ago. It started when I get bored because I can't do anything for I was sick. And as far as I remember it was Attack on Titan. I am also watching popular anime before that like One Piece, Naruto, DBZ, Fairytail etc. but I cant bring myself deeper into anime because I just watch on free TV with so many cut scenes and incomplete episode.

But I didn't know until recently that actually I've been watching anime since I was a little kid. I didn't know at that time the difference between western cartoons and Japanese anime so it didn't matter to me as long as I enjoy the show. I remember that I just watch anime into our old black and white CRT TV. I think it was 2006-2007, and it was a memory that I will treasure until I grow up.

Recently I've been recalling all anime that I watched at that time to be added in my MAL lists. And heres the animes that I cant forget since I was a kid.

One of my favorite at that time. It was one of the anime that I never skipped a single episode. It is a story of a boy who falls into other dimension, into a world where spirits can be summoned and aid you into battle. Probably my first isekai anime. And until now I can still remember the main character's spirit names. It was Amir Gaul and Rambos (I didn't know the spelling so I use google). It was a fun times, I would love to rewatch this in the future.

Before Inuyasha, I loved Zenki first. It is a 90's anime but aired in my country at the year 2000's. My memory of this is vogue, because it was a long time ago. But it was a story of a girl who can summon a demon named Zenki. Too bad that I skip some episode at that time but the one that I've watched, it was a treasure to remember.

I remember that it was usually aired in TV every afternoon. I started to go in school at that time, fortunately my schedule was just every morning and this show is my must watch when I go home at the afternoon. It is a mecha anime whose features was based on animals. One of my favorite mecha at that time.

My first cooking anime. I can't actually remember how many episodes that I watched in this show. Maybe I skipped most of it but the scenes that I remember is unforgettable and remained in my memories after all this years. I really love the passion of the main character in cooking and his determination to achieve his goal. Unforgettable and memorable anime that I've watched.

It is a remake from its original animation in 1963. I always thought that it was one of the western cartoons until I learned about anime. My memories about this anime is just really small. I think I've watched it when I was really young, 2004-2005 I think. But I still remember our favorite robot Astro and his adventure.

I'm still loughing at my self until now. Why am I watching this as a child. Maybe I've been forced to watch it because I have a younger sister. One of the first shoujo that I watch and I don't regret that it becomes part of my childhood. By the way my favorite at that time was Sailor Mars XD.

Of course our all time favorite ninja. All I remember about the first time that I watch naruto was, the very first episode until the chounin exam. After several year I managed to get a DVD and finished the entire season of naruto series. Most memorable anime for me. First anime that teach me not to give up on my dreams. Absolutely one of the best.

This one is really old that I cant even remember most of the scenes. Luckily, because of its popularity its re-aired in free television with its digitally restored version. Thats where the nostalgia hits me and I remeber how I loved this show when I was a kid. This anime will never gets old.

I really miss this one. I really wish to have dragon like them once. I really love the characters and the unexpected ending. That betrayal part hits me really hard (oops spoiler?) because I really love that character. Well it was the authors work anyway, I can't do anything with that. Nevertheless that adventure in the story was a great experience.

It is so fun making this article. The nostalgia when I was a kid, keeps coming back as I try to remember my favorite shows at that time. This classic anime will be part of my childhood and remembered until the day that I gets old. I hope future generations will experience what I experience especially the fun when watching this shows. I really love how anime at that time, where everyone doesn't care about animations and graphics. Just pure story and entertainment is enough to satisfy our day.

This is a repost from my article in Read.Cash

Unforgettable Anime in My Childhood

Too lazy to put something here.

Random Anime thoughts from just a Random stranger in the internet 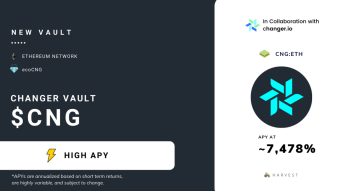 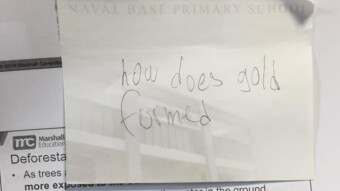 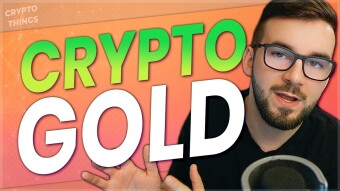 Should You Buy Gold-Pegged Crypto Assets?