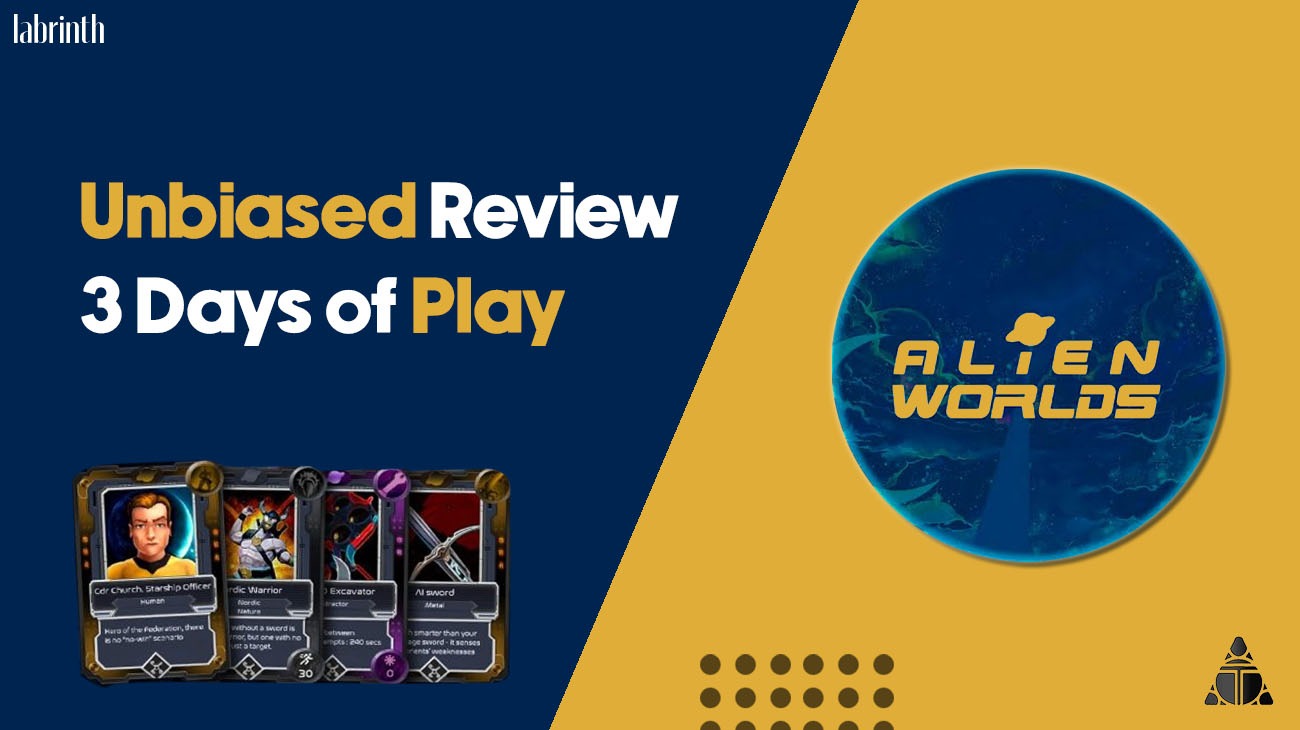 I've seen a lot of article on Publish0x on Alien Worlds, so I finally decided to try it myself. It was surprisingly more complicated than I thought.

What is Alien Worlds?

"Alien Worlds is defi NFT metaverse where you can collect and play with unique digital item. It is the only cross-denominated ETH - WAX project and explorers can earn or buy NFTs and packs Explorers earn through game play and by participation in Planet DAOs.. All of the Alien Worlds digital assets are minted on the WAX Blockchain."

Before I talk about what's good about Alien Worlds, I would like to mention a lot of things that I find troubling. I would like to start by saying that I am pretty familiar with games and can pick up games fairly quickly. However, in Alien Worlds, the only thing that you can do on the main website is just to pick a planet and mine. Yes, it also shows you what you have in your bag, but the UI seems clunky and slow that I would rather check my NFT directly in wallet.wax.io directly. 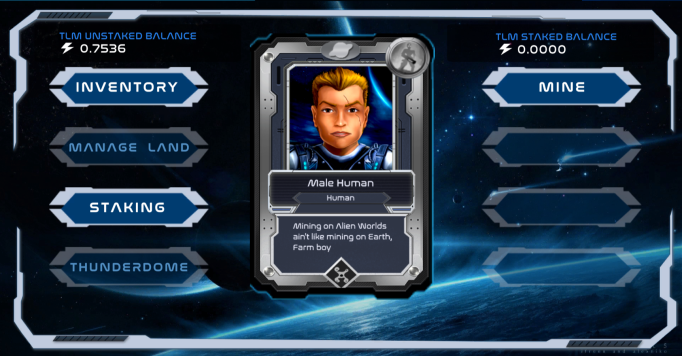 It is pretty simple to start mining, go find a planet and press mine when the timer hits zero. But after you mine and you want to go to the market place to purchase more mining tools to help you mine more TLM, you have to find the website where you can buy NFT's and buy them there with a different currency (WAX) that you have to first purchase on another different website, and even then you might be hit with a CPU error if you are playing during busy hours - which then you would have to stake CPU on a different website. But what if you don't have WAX to stake for CPU since you can't trade for it due to CPU error? Then you would have to wait until the server isn't busy enough, or hope for a kind strangers to help you by staking your CPU. Those problems that I have mentioned happened to me on my first day. The game does not tell you how to find these websites, or how does CPU work, you have to find guides on your own - which luckily there is an abundant of guides on Alien Worlds in Publish0x. I managed to come across creators such as btcxh and Invest0x who has lots of guides on Alien Worlds to help new players get started. This problem seems to have an easy fix of just adding a button in the main Alien Worlds website that take you to these different site to trade your NFT & TLM, Stake CPU, rather than having players to figure things out for themselves.

Captcha's and wallet confirmation can get very tedious very quickly, every time you are trying to collect your earnings you have another pop up of your wallet that you have to confirm, and sometimes you would have to do those annoying match the picture captcha's. For a game with a very small loop of gameplay, having to do captcha's every 5 minutes isn't fun.

Another problem that I personally have is that - Is this something that would last in the next 2 years? The problems with NFT's right now in my opinion is that most of them aren't that good looking to begin with. The art isn't something that would excite me, if you look at collectibles that are popular such as Pokémon - even though you don't like it, you can still see the appeal in them and they look professional. While most of NFT's that are available seems to be lacking this. 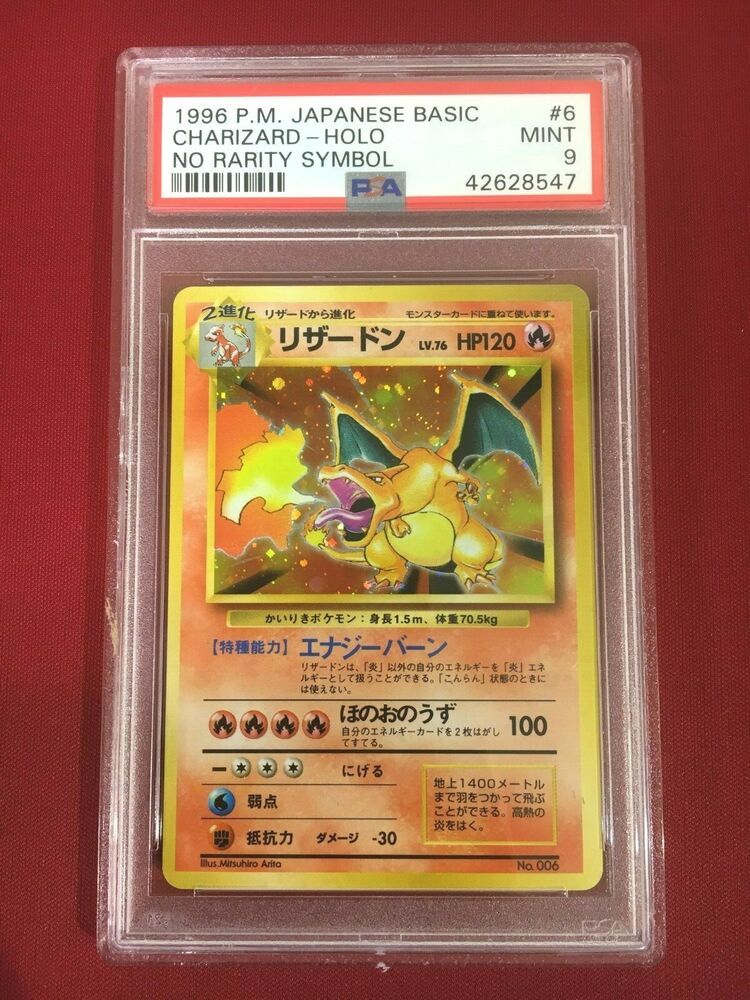 Both cards are valued at $20,000, but one of them in my opinion does not even look like they are worth $100. This might seem like an unfair comparison, but I'm only trying to compare how they look and not functionality wise. The UI and the art style of the game makes me feel like I'm playing a early 2000's flash games. Yes, this game has gained traction and success - but can it maintain that in the long run? Especially with big gaming companies that are starting to look at the NFT and crypto space moving forward. 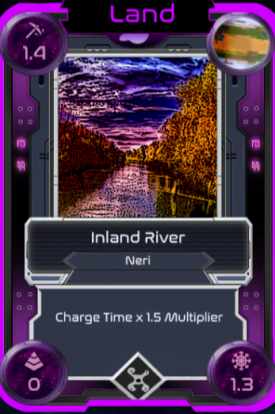 I don't know what happened to the picture above, it's like someone went a little crazy on the grain settings.

While games like Colonize Mars that just came out and available in the WAX wallet too, looks way more appealing and professional in terms of its presentation and style. Even though I have not look into it more or learn how does the game work, but I am attracted to it and eager to learn about the game. 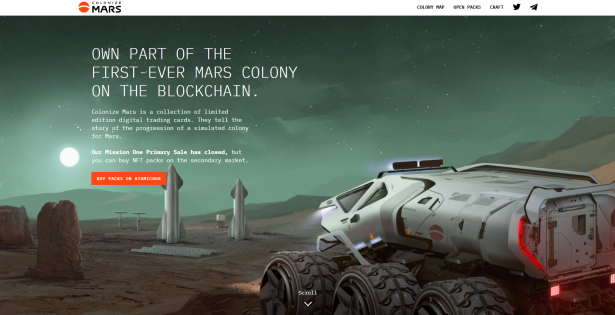 So far the game seems more like a faucet, and a clicker game than an actual game. Click the same button every few minutes, and that's pretty much it. I can guarantee no one plays Alien Worlds because of it's "amazing gameplay" but rather a way for them to earn crypto - and possibly investing and hoping Alien Worlds actually gets better in time.

Yes, the art style is somewhat disappointing and lack professionalism. But in a blockchain game - the functionality matters more than its looks. Although having a pleasing aesthetic and a solid theme around a game goes a long way, without it, the game still works.

Alien World's basic mechanic is simple and straight forward. Pick a planet, find a land, mine, earn TLM. It is such an easy loop to get into, with an amazing concept such as being able to own land where other people can mine and you earn commissions from it. I love seeing people in the discord group promoting their land and giving people who mine on their land bonuses such as more TLM or NFT's, people also make their own small community of their own land by having their own discord channel and naming their own lands that gives the game a bit more depth and help you immerse yourself into Alien World's.  I personally have joined a community called Infidel Mining that gives out rewards not only for the top miners but also for new players by random lottery, these lottery's happen every day, every Sunday, and every month. You can join their discord channel by clicking here.

Being able to slowly gain TLM and using those TLM to buy better tools and eventually, in a very long time being able to own your very own land seems very exciting. Calculating which planet will gain you the most profit, finding which land has the lowest commission and best NFT rewards can be surprisingly fun.

Probably the main reason why I keep playing Alien Worlds is that you don't need initial investment to make a good amount of cryptos, while other games such as RollerCoin, might have a good return on investment with enough time - but takes a lot grinding to get you in a good position to get a decent amount.

Other than that, Alien Worlds seems to have a stable plan on going forward. Partnering with Binance and revolving future content around an established crypto-market seems promising for the games future. Not to mention a solid roadmap that promises more features to get players excited for.

How Much Did I Make?

Everything that I have earn in Alien Worlds so far, I have invested it back into the game. With most of my WAX being put into CPU, which is about 23 WAX in total 16 of those WAX were mine and 7 of those were staked by a kind stranger named Proxen. I also bought 2 shovels to help me mine faster that cost me 0.31 WAX each. In the end I was able to make around 8 TLM($6.00) in 3 days, which means I mine about 2.6 TLM($1.95) everyday  - and that is me playing this game pretty often, clicking the mine button every time I can. But then again 40% of the time I was met with CPU error which makes my earning even slower. $6 in 3 days is not bad considering other games such as RollerCoin which I personally have invested around $420 makes me about $1 a day passively.

Being able to have enough CPU is crucial for playing Alien Worlds. That is why finding a community that can help new players get started, can determine how much you can earn early on. Luckily, I managed to find a community that helps new players by staking their CPU for FREE, you can check my post "Alien Worlds | FREE CPU Staking - Fastest Way To Get Started For Beginners" To learn more about it.

I love Alien Worlds, and I would recommend anyone to try and pick it up. It can be a very slow learning process at the start, not because the game is hard but how the website's currently layout is and the lack of directions from the game itself. But once you figure out the basics the game is fun and has a good thriving community of players. I personally don't see this game being able to survive in the next few years, but would still keep playing it in the mean time since it is rewarding. If you are looking to earn free cryptos Alien Worlds is something you definitely need to try.

I would highly recommend anyone who wants to start to check out guides made by the people I mentioned above. The Alien Worlds discord channel also have a tab that is filled with guides made by players, so you can also head there.

Thank you for taking the time to read my blog, if you have any feedback and criticism on how I can improve my writing you can leave them down on the comments below. Your like & share would also be greatly appreciated!

CryptoTab - Mine Bitcoin for FREE on your browser

You've gotten this far, do yourself a favour and tip yourself :)