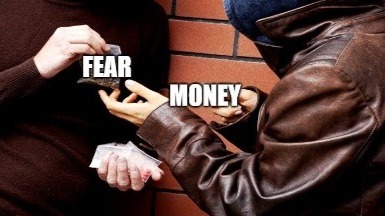 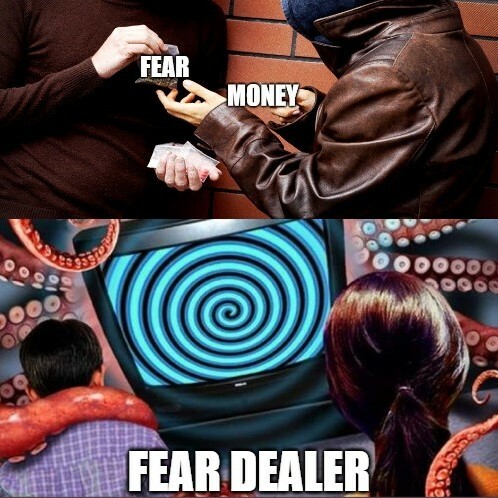 Have had an interesting and eventful day today. Went to help someone out and decided to stop at the local grocery store for some dinner afterward. Have been going to this store for over seven years now and know most of the people working in this store I will not name them at the moment. Have always been kind and respectful to them and they have always been the same to me. When I am in public I go out of my way to put a smile on peoples face and have a good time. It is just part of who I am at this point. Have not worn a mask once in this store and have not been approached by anyone about it until today. As I was finishing up my purchases and ready to check out an employee staggers over to me nearly trembling. I sensed he was going to ask me to put on a mask and sure enough he did in a polite manner. Have seen this guy many times and he knows who I am. I explained to him why I will not wear a mask and he said he understood. He even admitted to knowing the mandate was invalid but had to at least ask me for job security. I shared with him my experiences and how I have been harassed and police called on me for not complying with an invalid mandate based in fraudulent data. He did not know folks like myself are being treated in this manner. Told him I will not be wearing a mask and the incident ended with no altercation. Normally I wear a clip on HD camera for my safety but did not have it on me this time. Will be wearing it from now on everywhere I go in public. I started to wear it after the police were called on me. When employees see it they just walk the other way instead of confronting me.

Prior to that I was receiving a lot of fear energy from customers. Some “poor lost soul” must have reported me to the manager otherwise he would not have said anything. One young woman in particular looked like she was going to have a panic attack when she seen me. I was the only person in the entire store willing to stand up to medical tyranny. This has been the pattern in most stores I have visited since this SCAMdemic. The lack of courage from the public right now in regards to masks shows the level of mind control people are under. If they realized this was a live exercise and a harmful occult ritual they would still participate. Or say it is a conspiracy and automatically reject the data without further investigation other than what the known liars at FOX or CNN has to contribute. These are the types that would allow Jeffery Epstein to babysit their children! The “normal” people in society who beg for their rights to be taken away for a false sense of security. The ones who have no problem dialing 911 so they can feel safe scarfing down highly processed glyphosate laced GMO trash while trapped in the house NETFLIX binging. Watching reruns of Oprah is not good for your health! 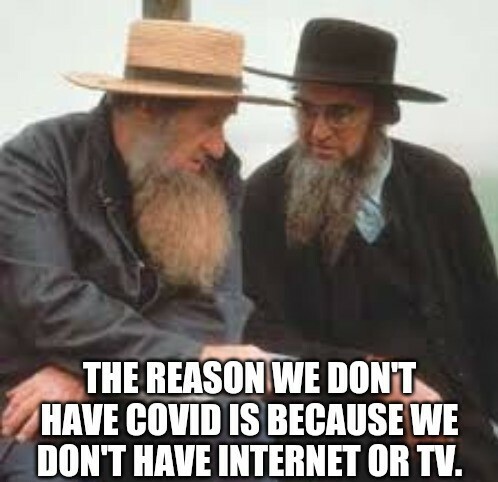 The simple sad Truth about Covid is that we have been bamboozled once again. We have chosen to trust known criminally insane psychopathic compulsive liars, once again. What does that say about us? It says we are worthy of the self harm done by complying with orders based in fraudulent data. United in non compliance would end this within a weeks time. Instead most behave cowardly complying to mandates that cause much more harm than good. They refuse to do the research to know the Truth thus remain bound to the Lie. They seem to not be able to help it at this point. Trapped in a mainstream media dance of psychological warfare and “False Evidence Appearing Real.” AKA Fear. If they knew the Truth they would have little fear. If they knew how to strengthen their immune system they would have little fear. If they knew how to take care of themselves through nutritionthey would have little fear. How many of these Korporations are teaching them that? None to my knowledge yet they create harmful mask poLIEcies to feel safe and comply with medical tyranny. The illusion of safety is the most harmful form of safety. Be honest with people and let them decide if your about Truth and Right action. Most are still consumed with self protection than right action. Most still desire False treasures instead of Real treasures. Most still prefer entertainment over knowledge. Most still prefer illusion over REALity. Most still choose willful IGNORance.

So I did some digging tonight to see what the mainstream Korporate sponsored scientist and untrustworthy sources like the CDC have to say. Do a search on covid-19 masks and see what pops up. Mostly known liars are at the top search results. This is no accident either. Will share one with you as an example. This article gives some scientific evidence supporting the claim masks work. Provides many benefits and what appear to be logical reasons to wear them. It however does not mention the harmful affects of wearing the masks. It mentions tests but not the 80% false positive on test kits. Nor all the faulty test kits. How can they even justify these numbers when we know the kits are flawed, doctors have been incentivsed to write covid-19 on death certificates while death rates are declining? No mention of the live exercise we are in that has destroyed our economy. Anyone being fair, “balanced” and honest would not present one sided data in this manner and claim Truth. This is manipulation, not True science based in scientific consensus. It is more of a scientific “guess”stamate. Did the author of this article not know or did they purposely leave that vital data out? Another great example of why we cannot trust many scientific sources at the moment, particularly guys like the one in this video. Always check on who is sponsoring the science before blindly beLIEving it. This article has been designed to trick those who are too lazy to do the research appealing to “cult scientism” intellect.

Need I remind you that the government put pressure on companies like Ebay and Amazon to stop the sell of masks to the public preventing the public access to masks. Ebay created poLIEcy out of thin air that stopped sales on their site for masks claiming price gouging. In a Truly free market supply and demand rules pricing. THEY cared so much about your safety THEY prevented companies from allowing you access to masks even if you were willing to pay extra/above market value for them. As THEY allow “legal price gouging” for pharmaceuticals sold in America. Pills you can get for a fraction of the price in Mexico and many other places. Synthetic Rockefeller mimic medicine that does more harm than good, costs 2 times as much in America for some strange reason, I wonder why? THEY even use tax dollars for mimic medicine research and charge us double the amount instead of a discount for the use of such dollars! When medicine is more about profit than actual health we get what we have now. Yet “people still blindly believe in and trust the CDC and FDA” despite the evidence. That industry nearly killed me! Once again, your better off trusting Jeffrey Epstein with your children than the CDC and FDA. Let those who will be deceived be deceived. This is for those with ears to hear and eyes to see. Pain, misery, loss and suffering is the road paved for the corrupt and willfully IGNORant. It is their only teacher at this point. It is poor lost souls like this one who will blindly follow slave orders and be harmed the most by their free will choices. 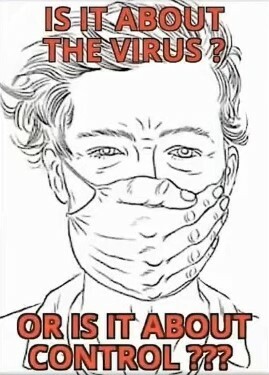