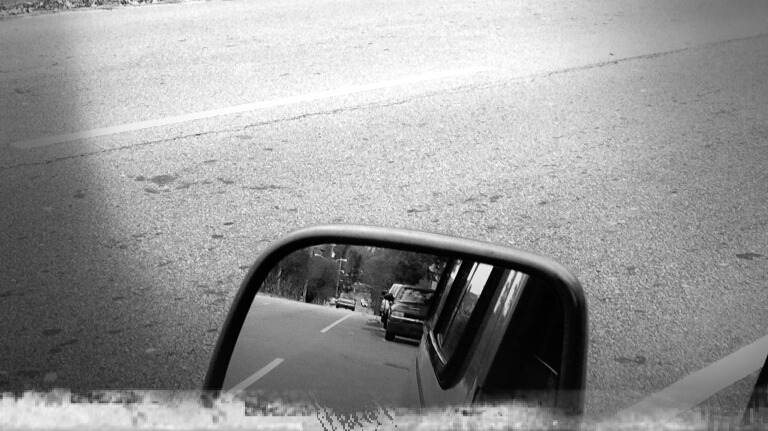 The day my friends and I almost died... twice

By athomewithcraig | Adventures in crypto, NFT and general generalties | 21 Mar 2022

Please join me, won't you? Step inside my way back machine™️,there's plenty of room for all of you. We borrowed some technology from a certain British "Doctor" Who you may know.
Take your seats and I will begin our tale.

Many years ago when I was a mere lad of 20 or so, I was stationed on a Nuclear Sub. SSBN 655(B) The Henry L. Stimson. We were ported out of King's Bay Georgia. It's a lot different now then it was back then. There was pretty much nothing but a salt marsh, some piers a Tender and Dry Dock. It's much more built up now. Even though the sub was in GA, our office was at the Naval Base in Charleston. Don't ask, I never understood it either. Things are probably different now.

Our story begins on a cold winter day right before Christmas. Now, I will admit, my memory is a little fuzzy on some details. I want to say it was 88 or 89. It was very cold and snowing. We were not really doing much and some of us had been given a day or so off. Four of us had the brilliant idea to drive to Charleston. Why? I have no idea. It just seemed like a good idea at the time.
The players in our little production were my friend and roommate Paul, myself and 2 others whose names escape me at the time. Paul had the car, so he drove. I was in the passenger seat and the other guys were in the back. In those days, I could sleep anywhere, including standing up. A good skill to have. Before we got very far, I was asleep. to give you an idea of the trip I present Now, I know it shows highway but, some of that was some backroad driving, like 2 lane country roads with out a lot of anything on them.
As I said, I was asleep and feeling like all was right in the world. I also mentioned backroads without a lot of winter maintenance. I'm sure you can see our merry band was in danger.
I am not sure what woke me up, it might have been the yelling or the jerky movements of the car.
I awoke to the car skidding off the road and sliding down the embankment backwards. I came fully awake and face to face or (trunk in this case) with a good size tree. Not the best way to wake up. The car was pretty much kaput. So, making sure everything was where God put it, we all climbed out and walked up to the road.(near death number 1 for those keeping score)

Across the street from us was a little motel. Some of the residents heard the noise and ran outside to see what happened. We assured them we were ok and they invited us in to warm up. Naturally, the adrenaline was pumping double time and we were all on edge. We started discussing options. Call the Sub? Call triple AAA, call Ghostbusters?
As were were talking, the guy whose room it was asked where we were going and when we'd be back. After telling him, he said he had a car we could borrow. I'll get to that death trap in a sec.
I can never really be sure why we continued to Charleston. There is no good reason as I often look back on that day as to why we just didn't go back to the base.
So, the "car" was not the greatest. The owner told us it ran ok but there was no heat. Not ideal but we were young and dressed warmly. How bad could it be? hahahah.
Paul left his info with the guy and we were on our way. Being leery now, I hopped in the back seat. Not a great move. Where the floor board should have been was a gaping hole approximately floorboard sized. I had to rife with my feet on either side so as to not touch the road under us. This may work with glass bottom boats, not so much for a car. Up front, one of the other guys was constantly wiping the windshield free of condensation so Paul could see where we were going.

Things were pretty uneventful until we got close to home. We hit another patch of black ice and fishtailed into an empty parking lot. Checking once again and finding we were ok, we got out to assess the situation. Apparently, this was a particularly bad section of road because other cars were sliding through as well. We were standing by the car when we heard screeching tires. We all jumped out of the way just in time. One guy was standing by the hood as a car slammed into us. He was able to jump out of the way just in time. The car hit us and pinned the drivers side door forward against the front of the car. Near death # 2.

Another car had done the same. The driver came over to check on us. We were all shaken up again but okay. He was going the same way and offered us a ride. Now, I know, it wasn't nice to do. We had no choice to leave the second car where it was. We did tell the owner what had happened.
After a very long day, we made it to my house.
The next day, we called the office and were able to take the duty van back to GA. Thankfully, nothing happened on that trip. To this day, I can no longer sleep on car rides and it's been a very long time.

Kind of a big deal on ctptalk.com. Crypto neophyte hodler of coins.

Thoughts, observations and bad dad jokes abound. I am crypto noob, a donk if you will. I am a quilter, fiber artist ans wanna be artist in general.